Outputs of the Future 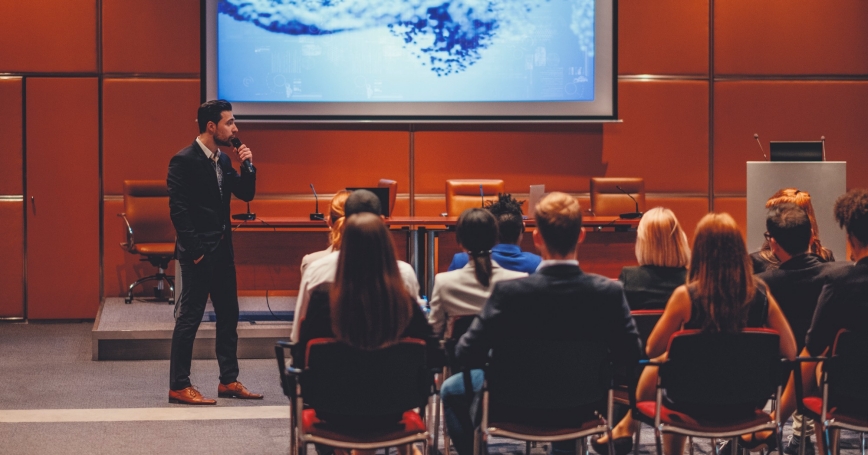 A public speaker at a research convention

by Catriona Manville and Steven Hill

In an ideal world, many researchers would like to reach new audiences and create impact, and tailor their outputs accordingly. This might mean changing the balance of outputs they produce, for example by creating fewer journal articles and more blogposts, webpages or videos.

However, decisions about which forms of output to produce are also influenced by factors such as career progression and personal preference, as well as institutional incentives and funder requirements.

This is not a static picture, of course. Funding and policy decisions influence both individuals and institutions. We can look at how research is changing, anticipate what may happen in the future, imagine the type of research culture we want to foster and develop, and seek to steer change in a positive direction.

To this end, Research England commissioned the independent research organization RAND Europe to study the research landscape and get an understanding of how it may change in the future. The report on this work was published on 4 October.

The study included an online survey of more than 3,600 academics from across the spectrum of disciplines, career stages and institutions in England. This looked at the types of output and societal impact they produced, and how they expected these to change, or not, in the next five to 10 years. These insights could help researchers, universities and funders consider if and how the system may need to be adapted.

Journal articles and conference contributions top the list of outputs produced by the majority of survey respondents. Book publications—particularly contributory chapters and authored books—are also produced by more than half of respondents who classify themselves as arts and humanities researchers.

Some outputs are highly specific to certain disciplines. Analysis plans, for example, are mainly produced by researchers in medicine, health and life sciences. Software is mainly the preserve of the physical sciences, engineering and mathematics.

Researchers expect the diversity of their work to increase. Those surveyed said they produced an average of 4.7 different types of output over a five-to-10-year period. They expected this to rise to 6.5. The increase mainly reflects a shift towards producing outputs aimed at a wider audience, such as blogposts and webpages.

Most researchers expect journal articles and conference contributions to remain the dominant forms in many disciplines. And most researchers believe that journal articles are, and will continue to be, the main currency for reward and recognition, both at a national and an institutional level. However, this could be influenced by factors and cultural changes in the system—for example, if the pressure and incentives to produce a large number of outputs in selective journals decrease.

Looking at wider impacts, 77 percent of researchers said they believed their work had current societal benefits, and 86 percent said they believed it would have impact in the future. They also said they expected to spend slightly more of their efforts producing impact, relative to outputs, in the future; and they expected the average number of different types of impact stemming from their work to increase from 2.2 to 3.2.

As with outputs, different disciplines deliver different types of societal impact and these differences are expected to continue. Other drivers of change, such as collaboration, career mobility and open science, show similar differences in disciplinary attitudes and expectations.

This diversity indicates a need for debate about the role and value of different forms of output across research and within disciplines. For example, are all types of output of equal value and should they all be assessed, or do they serve different purposes? Answering this question will benefit not only funders and universities but the country as a whole, as it could result in better use of research resources.

Catriona Manville is a research leader at RAND Europe, where she works in the area of innovation, health and science. Steven Hill is director of research at Research England.

This commentary originally appeared on Research Professional News on October 9, 2019. Commentary gives RAND researchers a platform to convey insights based on their professional expertise and often on their peer-reviewed research and analysis.