Restorative Justice Isn't a Panacea, but It Can Promote Better Relationships Among Students 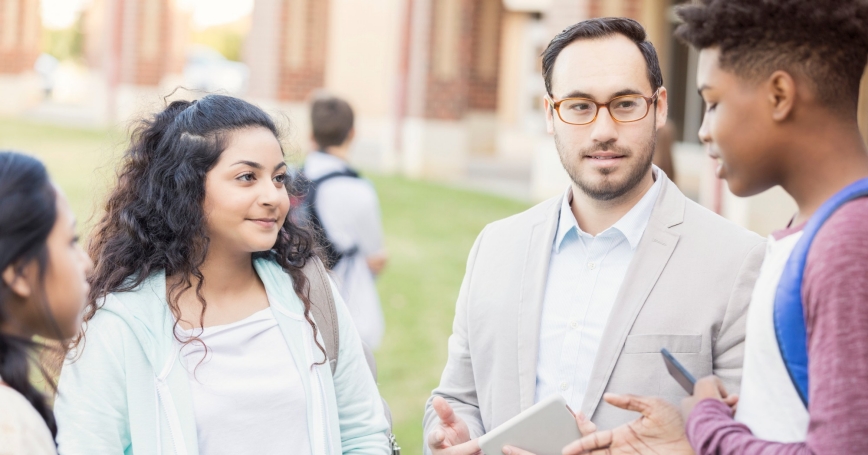 California's recent expansion of a ban on student suspension is sparking debate about whether other disciplinary tactics mete out enough discipline.

In the wake of the statewide law, for example, some school districts that are banning or limiting suspensions are simultaneously introducing restorative practices, which are being unfairly criticized in our view.

Restorative practices include teachers and staff working more collaboratively with students and encouraging them to express their feelings in different ways and to understand and respect others. A focus is on healing the hurt associated with negative behaviors.

Opponents characterize restorative approaches as anti-discipline and claim these approaches don't hold students sufficiently accountable for their actions. That is not true: Restorative approaches, by definition, provide high levels of accountability. They are emerging as an alternative to zero-tolerance approaches that see students who've committed wrongful actions be suspended without hearing about the impacts of their actions—directly from their victims—and without explicitly focusing on repairing the harm done.

Restorative approaches are emerging as an alternative to zero-tolerance approaches.

Zero-tolerance approaches can end up suspending more black and Hispanic students, which isn't fair and hasn't been shown to make schools safer. We also know that students who are suspended more often face difficulties throughout their lifespans.

Restorative practices and suspension, though, are not mutually exclusive. Indeed, with restorative practices, meetings are often held in response to serious wrongdoing, such as physical fighting or weapons possession. Importantly, in many of these cases, suspension is the ultimate outcome—after meetings and discussions occur.

But the meetings among affected parties allow victims a voice in the proceedings and to have a say in how to hold the offender accountable. In addition to suspension, the offender is asked to repair the harm done, for example through community service or by writing an apology letter to the victim.

It should also be noted that restorative practices are often used to welcome students back into the school after a suspension, so they can better understand that their behavior was unacceptable. This promotes acceptance back into the school community; restorative processes are intended to reduce the shame and stigma associated with negative behaviors, and to avoid ostracizing wrongdoers.

When done well, restorative approaches aren't just reactive. They also include practices that are used to proactively build relationships among students and between students and staff.

When done well, restorative approaches aren't just reactive. They also include practices that are used to proactively build relationships among students and between students and staff. For example, a recent report and study, both from the RAND Corporation, found that restorative experiences were associated with more positive outcomes critical to forming better relationships among middle school students—e.g., social skills, empathy, and attachment. It's these very relationships that promote pro-social development and can reduce future conflicts and negative behaviors.

Restorative practices aren't necessarily a panacea, but if implemented well, they can contribute to an overall solution. It can be a challenge for teachers to learn restorative practices and integrate them into their daily routines. In fact, one RAND study found a small trade-off between higher test scores and the use of restorative practices. However, teaching our children to treat one another with respect not only has the potential to make our schools safer, but also to help our children get along better throughout their lives.

This commentary originally appeared on The Hechinger Report on October 21, 2019. Commentary gives RAND researchers a platform to convey insights based on their professional expertise and often on their peer-reviewed research and analysis.