The Emerging U.S.–China Strategic Competition and the Role of Trans-Atlantic Cooperation 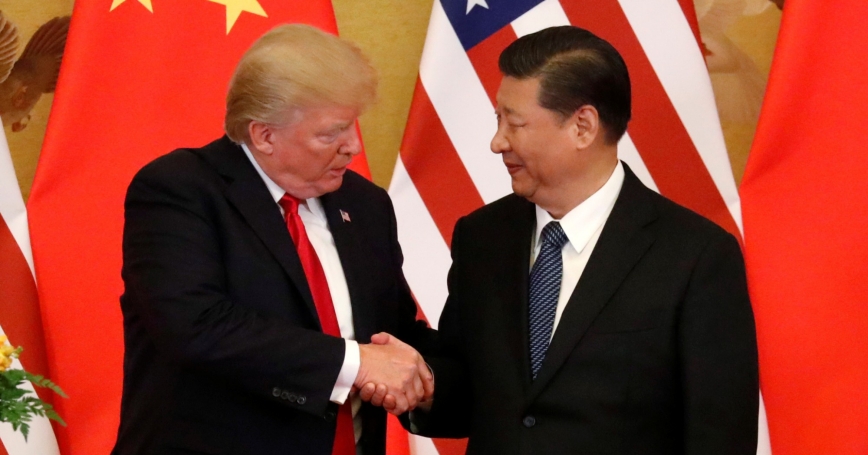 U.S. President Donald Trump and China's President Xi Jinping at the Great Hall of the People in Beijing, China, November 9, 2017,

A recent and widely-read article by Kurt Campbell and Jake Sullivan has highlighted the fact that the U.S. is in the middle of “the most consequential rethinking of its foreign policy since the end of the Cold War” over the question of relations with China. As Elsa Kania has noted, in many ways the U.S. debate over relations with and policy towards China is “not a 'new era,'” but rather a return of long-standing arguments over how to deal with the rise of China. Former senior official Mike Green focuses on the rise of China as the frame for the final section of his masterful history of U.S. relations with Asia By More than Providence, noting that the question of how to manage relations with China is linked more broadly to the question of whether to prioritize Asian or European security affairs. The Obama administration's “pivot” indicated an intent to elevate Asia's importance in U.S. foreign policy, and constitutes one of the last administration's legacies in the Indo-Pacific that has been consolidated under the Trump administration. Indeed, as the 2017 National Security Strategy (PDF), the summary of the 2018 National Defense Strategy (PDF), the State Department's fact sheet on advancing a Free and Open Indo-Pacific region, and the 2019 Department of Defense Indo-Pacific Strategy report (PDF) indicate, competition with China is the driving factor in this reprioritization. This begs the question, when competing with China, what role should U.S. alliances—especially the transatlantic relationships the United States has with its European partners—play? This question is potentially decisive for whether or not any strategy adopted by the U.S. to compete with China will succeed or fail.…

This commentary originally appeared on Institut Montaigne on October 7, 2019. Commentary gives RAND researchers a platform to convey insights based on their professional expertise and often on their peer-reviewed research and analysis.