The Realities of Civil War 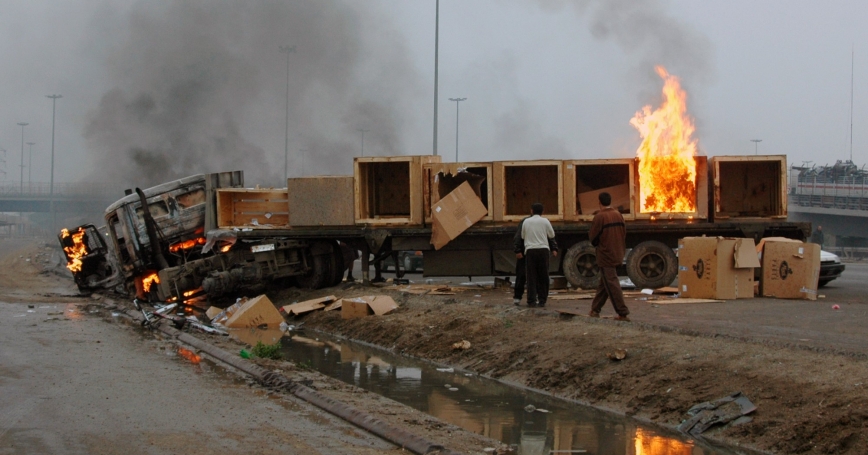 A truck burns on a roadside after an attack by suspected insurgents on a highway west of Baghdad February 15, 2006

My memories of civil war in west Baghdad in 2006 were brought to the forefront of my mind after I read a story about how First Baptist Dallas Pastor Robert Jeffress had opined that if President Donald Trump were to be impeached by Congress, then it would “cause a civil war like fracture from which this country will never heal.”

Twelve years ago, in August 2007, the Washington Post published an op-ed I wrote titled “In the Middle of a Civil War.” I wrote it just eight months after my return from Baghdad. In 2006 I commanded a combat battalion as a part of the U.S. Army's 4th Infantry Division in west Baghdad during the height of the Shia-Sunni civil war.

I and the soldiers in my command witnessed first-hand what a civil war does to a society, its institutions, and the people and soldiers who fight it.

To be blunt, it is not a pretty thing to see or be a part of.

The great U.S. Union general during the American Civil War, William Techumseh Sherman, observed that war “is cruelty, and you cannot refine it.…”

Gian Gentile is a senior historian at the nonprofit, nonpartisan RAND Corporation. He served 28 years on active commissioned service in the U.S. Army.

This commentary originally appeared on The National Interest on October 8, 2019. Commentary gives RAND researchers a platform to convey insights based on their professional expertise and often on their peer-reviewed research and analysis.