A New Phase in Middle-Power Adjustment to U.S.–China Competition? 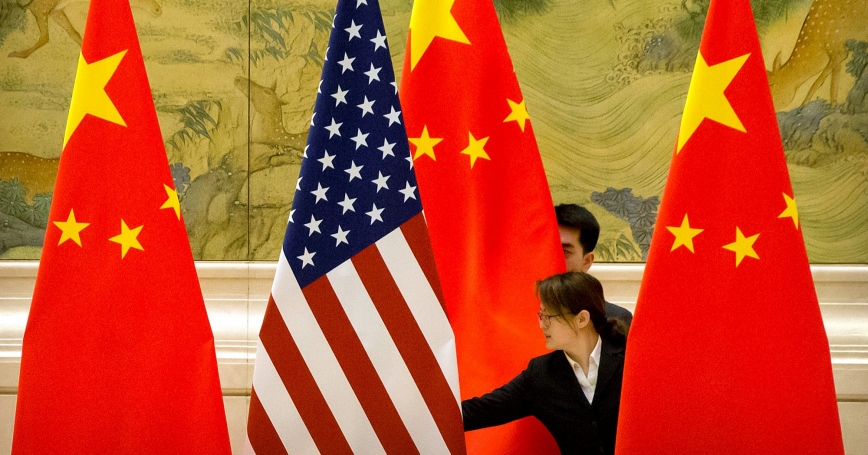 Chinese staffers adjust flags before the opening session of trade negotiations between U.S. and Chinese trade representatives in Beijing, February 14, 2019

Observers of world order focus inordinately on intensifying strategic competition between the United States and China—with good cause: The two countries collectively accounted for about two-fifths of gross world product and half of global military expenditures last year, and there are few, if any, pressing global challenges that can be met without their sustained cooperation. Less examined, but no less important, is how their competition is affecting geopolitics outside of the “G2” aperture. One of the most crucial questions concerns how so-called “middle powers”—those that Australian National University's Hugh White classifies as being “able to resist pressure from a major power without the support of another major power”—will undertake to safeguard their national interests if and as relations between Washington and Beijing continue to deteriorate.

White stirred considerable controversy with his 2012 book The China Choice, which called for a “Concert of Asia” that would include the United States and China—both of which would accept strategic parity with one another—as well as India and Japan. It also argued that Canberra would ultimately be compelled to align itself with Washington or Beijing. White's judgment tapped into a lurking anxiety of other middle powers, especially those that border China, that their days of strategic hedging would, too, be numbered.

One might roughly deconstruct those powers' approach to U.S.-China relations over the past two decades into three phases.

Between China's accession to the World Trade Organization, marking its major debut on the global economic stage, and the onset of the global financial crisis, few observers would have argued that Asia-Pacific middle powers would one day be compelled to choose. While Washington exhorted Beijing to contribute more to uphold the postwar order of which it had been such a self-evident beneficiary—hence Robert Zoellick's 2005 call (PDF) for China to “become a responsible stakeholder in the international system”—the gap in comprehensive national power between the two was sufficiently pronounced that it felt premature to adduce various flashpoints between them as evidence of systemic bilateral tensions. Countries such as Malaysia, Singapore, and Vietnam did not perceive much, if any, of an intrinsic conflict between the strengthening of diplomatic and military ties with the United States and the concomitant strengthening of trade and investment ties with China.

Between the global financial crisis and the end of the Obama administration, though, China's gross domestic product grew from being roughly 35 percent as large as America's to 60 percent. China overtook Japan as the world's second-largest economy, became the world's largest exporting country, inaugurated its Belt and Road initiative (BRI), and otherwise established itself as the principal motor of global growth. In addition, especially under Xi Jinping, strategic tensions between the United States and China intensified on a range of issues. While the two countries remained highly economically and technologically interdependent, and while they continued to collaborate on a select number of system-level imperatives—especially countering climate change and maintaining macroeconomic stability—competitive dynamics increasingly crowded out cooperative ones.…

Ali Wyne is a policy analyst at the nonprofit, nonpartisan RAND Corporation. Bonnie S. Glaser is a senior adviser for Asia and the director of the China Power Project at the Center for Strategic and International Studies.

This commentary originally appeared on The National Interest on November 5, 2019. Commentary gives RAND researchers a platform to convey insights based on their professional expertise and often on their peer-reviewed research and analysis.