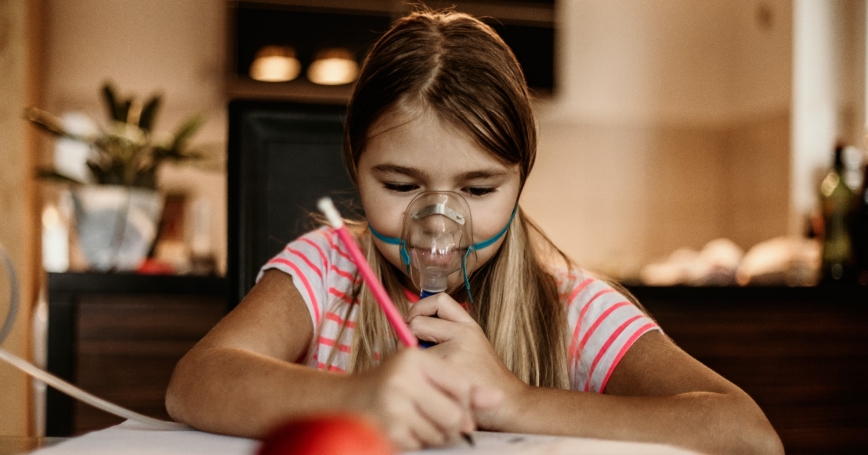 Most people probably assume that their homes are safe from environmental risks, but sadly this is not always a given.

A recent RAND Europe study found that one third of children in the EU are exposed to one or more of the following in their own homes: damp or mould, cold, darkness and noise. For example, in 2017 one in six children in Europe (15 per cent) lived in a house with a leaking roof, damp walls, floors or foundations or rot in window frames or floors. In certain countries, this figure is significantly higher, such as Portugal (26 per cent) and Hungary (30 per cent).

Good indoor climate is not just for comfort but an important factor for child health. Children typically spend more time at home and their level of exposure to 'hazards' at home is higher. Damp, for example, promotes the growth of microorganisms, such as mould, other fungi and bacteria, which subsequently emit spores, cells, fragments and inhalable particles into indoor air. There is an association between human exposure to mould and other microorganisms and the risk of developing asthma as well as other respiratory diseases, atopic conditions and allergies.

Exposure to excessive noise in the home may lead to an increase in blood pressure, increased stress hormones and respiratory symptoms for children. There are also links between low indoor temperatures and asthma and, in younger children, allergic rhinitis. The effects of these types of often chronic conditions can be felt for a long time and continue into adult life.

Good indoor climate is not just for comfort but an important factor for child health.

To understand how this can impact on a child, researchers on the same study calculated the burden of four illnesses—asthma, acute rhinitis, upper respiratory infections and lower respiratory infections—which are particularly associated with exposure to damp and mould. They found there was an estimated health burden of 276 “disability adjusted life years” per 100,000 children in the EU. In other words, these are the number of years lost to ill health, disabilities or early death because of diseases linked to unhealthy homes.

In addition, the total number of school days missed per year by children aged 5 to 15 across the EU, and attributable to the prevalence of damp and mould in their homes, is about 1.7 million. This has an effect not only on the children, but their parents and carers and wider society as a whole. Studies show that parents and carers lose workdays as a result of their children having asthma, for example, which reduces job productivity.

If we were able to reduce children's exposure to damp in their homes, economic modelling in the study estimates that the EU's economy could be boosted by US$62 billion over the next 40 years. These benefits would occur over time because more children would be less likely to contract life-limiting illnesses, parents and carers would miss fewer days from work, and children's future health would be improved when they enter the labour market.

Less well-off households… may need the support of public authorities in order to fix problems.

So, what can be done? All parents want to be able to offer children a safe and healthy home environment in which to live and grow, but socially deprived families need more help to improve their homes. The study shows that the condition of homes often correlates with socioeconomic status. Less well-off households who cannot afford to improve the condition of their homes or who may simply have to prioritise other things may need the support of public authorities in order to fix problems such as damp and not being able to adequately warm the home.

This support could take very different forms. For house owners this could be direct or indirect (i.e. tax-benefits based) financial support, but it also could include awareness raising, for example through specific information campaigns. To help tenants living in poorly maintained apartments, legal obligations for landlords and/or building managers may be required.

The good condition of homes should not only be seen as an issue of comfort, but as an essential basic requirement for good health of the residents, and even more so when they are families with children. All kinds of private sector agents, in particular in the construction, renovation as well as property management domain, could also take these findings into consideration and design and maintain buildings so that deficiencies are less likely to occur.

Daniel Gehrt is a research leader at RAND Europe focusing on innovation, health and science.

This commentary originally appeared on Encompass on November 4, 2019. Commentary gives RAND researchers a platform to convey insights based on their professional expertise and often on their peer-reviewed research and analysis.