South Korea Should Consider Sticking with Intelligence-Sharing Pact with Japan 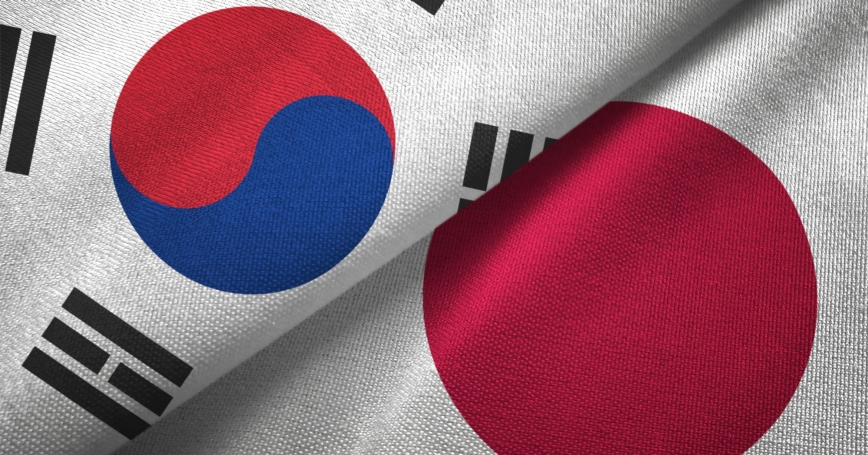 Amid the downturn in South Korea's relations with Japan this summer, the Moon Jae-in administration gave three months' notice on August 22 of its intent to withdraw from the countries' General Security of Military Intelligence Agreement, or GSOMIA, an arrangement that facilitates direct intelligence-sharing between the two key U.S. allies.

In recognition of the threat they both face from North Korea, the two sides agreed in 2016 to supplement the 2014 Trilateral Information-Sharing Arrangement, which enables them to pass information to each other by first sharing it with the United States and asking Washington to pass it onward, with a direct channel for intelligence cooperation. This arrangement serves the national security interests of the Republic of Korea, Japan, and the United States, but absent a reconsideration by Seoul it will come to an end on November 22. Four factors argue strongly for South Korea rethinking its plans to withdraw from the agreement.

First, relations with Japan are improving, if slowly, and following through with severing GSOMIA now could damage the efforts the South Korean government has made to arrest the decline in bilateral ties. When South Korean Prime Minister Lee Nak-yeon traveled to Tokyo last week for the enthronement of Emperor Naruhito, he carried with him a letter from President Moon Jae-in to Prime Minister Shinzo Abe calling for the two sides to work to improve ties. While the two sides still appear far apart on issues including history and trade in sensitive technologies, there are signs Seoul wants a healthier relationship with Japan. Following through on withdrawal from GSOMIA would undermine such efforts; by contrast, abandoning withdrawal from the agreement would give ties additional forward momentum.

Second, South Korea has used the arrangement several times since announcing its termination, which shows it remains a valuable channel despite Seoul's claims that it could no longer exchange intelligence with Tokyo due to a breakdown in trust. To its credit, when North Korea tested ballistic missiles, the South promptly shared military information with Japan, and has done so several times since, including as recently as early October. South Korea has also reportedly requested information from Japan through the arrangement as well, demonstrating that the agreement is a two-way street that serves the interests of both countries.

Any decision by Seoul to break intelligence cooperation with Japan would likely be greeted by North Korea as a sign of weakness.

Third, the North Korea threat has continued to grow. Indeed, the very day after South Korea announced its desire to terminate GSOMIA, Pyongyang launched a ballistic missile, tested a “super-large multiple rocket launcher” in September, and conducted a submerged submarine ballistic missile launch in early October. Against such a backdrop, any decision by South Korea to carry through on its plans to break intelligence cooperation with Japan would likely be greeted by North Korea as a sign of weakness. And Pyongyang is not the only actor seeking to exploit the tensions between South Korea and Japan; in late July, China and Russia mounted a joint air patrol that violated the air defense identification zones of both South Korea and Japan, playing on their divisions and attempting to intimidate them.

Fortunately, it is not too late for the Moon administration to reverse course. Seoul recently moved forward with a new GSOMIA with the Kingdom of Thailand, another U.S. ally. To deepen ties with Thailand (which has limited intelligence resources to contribute on national security issues affecting South Korea) while cutting ties with Japan (which has land-, sea-, air-, and space-based capabilities relevant to the ROK's security), makes little sense. Instead, with Tokyo reportedly cool to the idea of a summit with President Moon until Seoul takes some concrete steps to improve the relationship, the South Korean government should seriously consider announcing a cancellation of its withdrawal from GSOMIA. For their parts, Japan and the United States could consider quietly messaging to the Moon administration that such a step would be met with reciprocal efforts to build momentum in the bilateral and trilateral relationships so as to refocus on deterrence of threats and deepening of regional cooperation.

Scott W. Harold is a senior political scientist at the non-profit, non-partisan RAND Corporation, and an affiliate faculty member at the Pardee RAND Graduate School.

This commentary originally appeared on The Diplomat on November 6, 2019. Commentary gives RAND researchers a platform to convey insights based on their professional expertise and often on their peer-reviewed research and analysis.