The Arab Spring in the Upside-Down 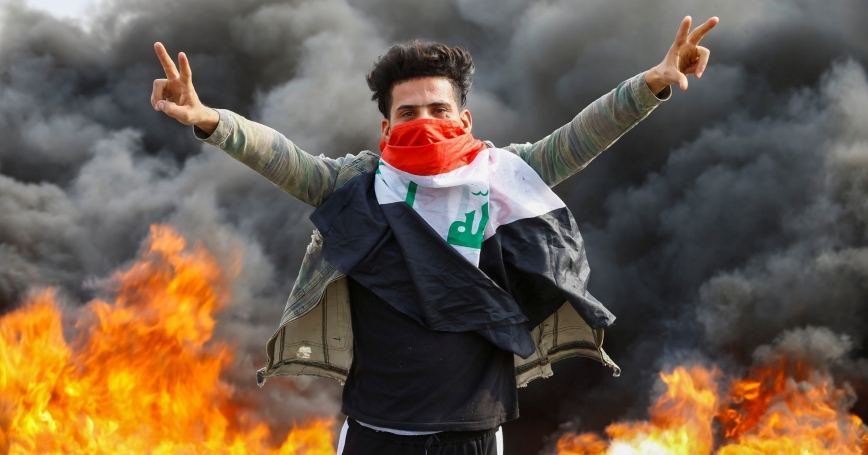 An Iraqi demonstrator gestures during the ongoing anti-government protests in Najaf, Iraq, November 18, 2019

“We want a country,” rings the cry around Baghdad's Tahrir Square. “The people want the fall of the regime.” Mass protests have filled the streets in Iraq and Lebanon for weeks now. Despite the prime minister of Lebanon resigning at the end of October and his Iraqi counterpart agreeing to do the same, there is no end in sight to the demonstrations.

The current turmoil bears some resemblance to the 2011 Arab Spring protests that swept the region, but are better described as the “Bizarro Arab Spring” or one taking place in “the Upside Down.” The desire for sweeping political change has a crucial difference this time: the type of government protesters seek to replace. Where the original Arab Spring protests removed authoritarian leaders, the current demonstrators are trying to topple popularly elected governments, which could have dramatic implications for the future of representative democracy in the Middle East.…

The remainder of this commentary is available at berggruen.org.

Jordan Reimer is a Middle East policy analyst at the RAND Corporation.

This commentary originally appeared on The World Post on November 20, 2019. Commentary gives RAND researchers a platform to convey insights based on their professional expertise and often on their peer-reviewed research and analysis.