B-21 Raider Stealth Bomber Is Handy, but It May Not Be the Perfect Fit 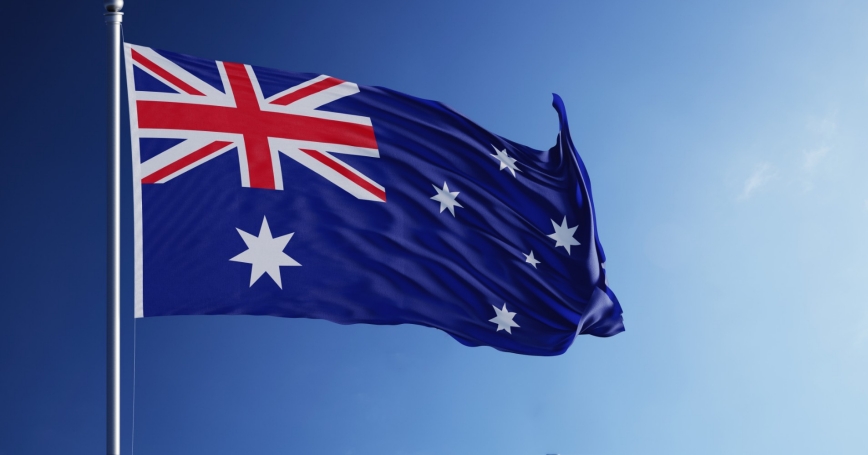 Some in the defence community have recently called for significant changes to the Australian Defence Force structure in response to changing global strategic conditions. Many of them believe that we must be prepared for high-intensity conflict in our region.

They argue, in part, that China has become more assertive on the global stage and continues to invest in an increasingly capable and technologically advanced People's Liberation Army.

A number of ideas compete on what changes the ADF must make to respond to such a threat. Most have in common a more capable and sustainable sovereign force that can defend Australia in case the United States is unable or perhaps less willing to assist.

Some have suggested that Australia needs a more potent strike capability, one that can inflict larger costs on adversaries at longer distances. Their belief is that by having long-range strike capability, Australia will be able to deter attack or significantly degrade an adversary's capabilities should conflict arise.

Of those advocating for improving the ADF's long-range strike capability, many suggest we should acquire the B-21 Raider penetrating bomber that is under development in the United States, and perhaps it is a sensible choice.

But it is interesting that the idea is being put forth given that no details about the aircraft's capability have been disclosed publicly beyond its hefty price tag—$US80 billion ($118 billion) for development and procurement of 100 aircraft. At that price, acquiring a squadron of 12 aircraft would cost about $14 billion.

Acquisition costs aside, bombers also are notoriously expensive and tricky to maintain, especially stealthy ones. While it isn't clear if the B-21 will incur the same maintenance bill or have the same challenges as the B-2, $65 million is spent by the U.S. Air Force each year per B-2 bomber and the result is that only half the fleet is mission capable on an average day.

Penetrating stealthy bombers have some operational strengths. They're designed to perform their mission inside heavily defended airspace. Because of their flexibility they are best suited for finding mobile and relocatable targets in such an environment.

It's a myth, however, that stealthy bombers are invisible and can operate effectively in isolation. During Operation Allied Force, NATO's air war for Kosovo, B-2s typically operated in conjunction with aircraft providing jamming and air superiority support. Intelligence, surveillance and reconnaissance assets also provided support before and during mission execution. A fleet of long-range stealthy bombers operating without that necessary support would make it difficult or impossible to survive in the airspace of a well-defended adversary.

To understand Australia's long-range strike needs, it's first important to understand what classes of targets should be prioritised and considered a risk in support of the national defence strategy.

To understand Australia's long-range strike needs, it's first important to understand what classes of targets should be prioritised and considered a risk in support of the national defence strategy.

Air bases allowing an adversary to launch attacks against Australia, such as those the Chinese have built in the Spratly Islands, seem a prime target for future long-range strikes. Naval surface combatants intent on disrupting commercial shipping or threatening Australia are another.

Other good options exist beyond the B-21 Raider for these types of targets. Cruise missiles can be effective in many situations, for example, and they don't need to be delivered from an expensive stealthy bomber.

Analysis from RAND's Tom Hamilton examines differences in cost-effectiveness between cruise missiles and penetrating bombers given various assumptions about the future.

For the United States, which finds itself in protracted and high-intensity conflict often due to its global commitments, the more cost-effective choice for long-range strike is a reusable penetrating platform.

But the Australian situation is different. This country is more likely to need a force able to effectively fight a small number of high-intensity conflicts, making expendable cruise missiles more cost-effective.

The ADF's F-111 serves as a useful historical case study. It had the capability to strike at distance and served as a deterrent to adversaries but was never employed in combat by the Royal Australian Air Force. In retrospect, a long-range strike capability based on cruise missiles would have likely been more cost-effective.

Before Australia considers any new long-range strike capabilities, it needs an analysis of alternatives that examines both cost and capability. There are many ways to project military force at distance including ballistic missiles, cruise missiles and air-delivered direct attack weapons. Weapons could be fired from Australia soil or could come from delivery platforms including conventional bombers, stealthy bombers, surface ships, submarines and even forward deployed fighters if the proper basing agreements are in place.

For the United States, the B-2 has proved its worth repeatedly in projecting conventional power at intercontinental range and as a nuclear deterrent. The B-21 makes terrific sense for the needs of the United States, but it is expensive and optimised for a missions that may not fit Australia's defence needs in 2030 and beyond.

As they say in the defence analysis business, “more study is warranted” on the issue of long-range strike for Australia.

Carl Rhodes is the director of RAND Australia, a nonpartisan organisation that helps improve policy and decisionmaking through research and analysis.

This commentary originally appeared on The Australian on November 22, 2019. Commentary gives RAND researchers a platform to convey insights based on their professional expertise and often on their peer-reviewed research and analysis.