Can Anything Stop the Flow of Advanced Weapons into Libya? 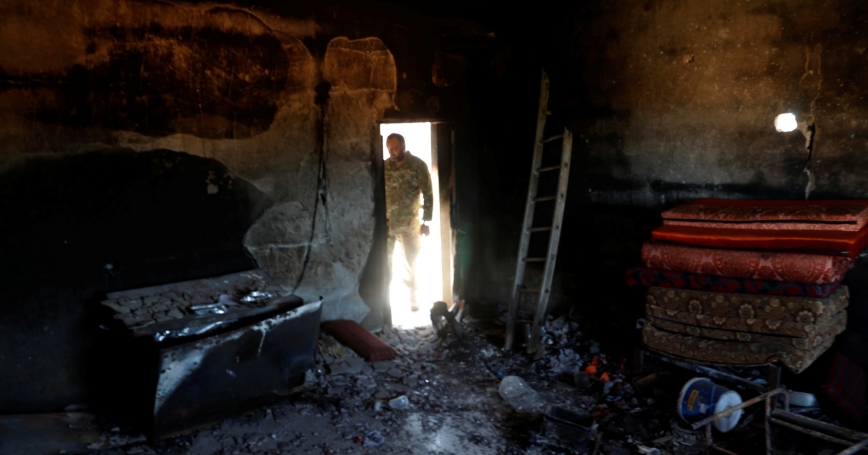 A fighter loyal to Libya's U.N.-backed government looks at a room burned during clashes with troops loyal to Khalifa Hifter in Tripoli, Libya, May 28, 2019

Amid intense clashes around southern Tripoli, Libya's capital has become a proving ground for foreign military equipment. In flagrant violation of the U.N. arms embargo on Libya and with dire consequences for the country and region's security, foreign actors have injected drones, armored personnel carriers and advanced missile systems into the battlespace.

Reports of increasing Russian military intervention on behalf of Khalifa Hifter—whose forces are trying to capture the city—has made Libya suddenly a high-attention, bi-partisan issue in Washington. In Congress, the Libya Stabilization Act, co-sponsored by four Democrats and one Republican, was introduced in the House in October. A bill by the same name (PDF) co-sponsored by two Democrats and two Republicans was introduced in the Senate last month. The bills aim to clarify U.S.policy in Libya, identify and highlight foreign meddling and violation of the arms embargo, and establish a strategy for countering Russian influence in Libya.

Certain members of Congress are also preparing to respond to Russian mercenary actions in Libya with sanctions. And on Nov. 14, the U.S. State Department issued a joint statement calling on Hifter's group to “end its offensive on Tripoli” and condemning “Russia's attempts to exploit the conflict.” All this movement could lead to progress in holding violators of the U.N. arms embargo accountable and stopping the flow of weapons into Libya.…

Nathan Vest is a research assistant and Middle East specialist at the nonprofit, nonpartisan RAND Corporation.

This commentary originally appeared on Defense One on December 13, 2019. Commentary gives RAND researchers a platform to convey insights based on their professional expertise and often on their peer-reviewed research and analysis.