Most Popular RAND Blog Commentary of 2019 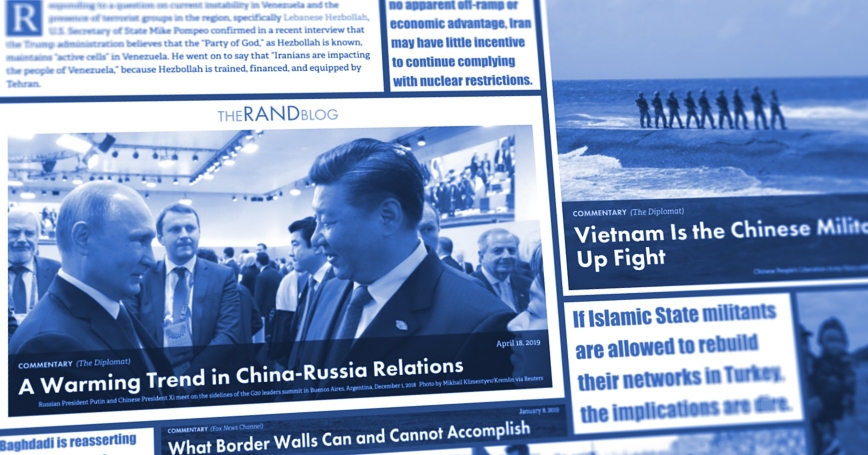 Terrorism. The humanitarian crisis at the border. How to engage friends and foes on the world stage. Commentary gives RAND researchers an outlet to convey insights based on their expertise—and often on their peer-reviewed research—regarding the most critical topics of the day.

Here are the top 10 commentaries that readers engaged with most on The RAND Blog in 2019. 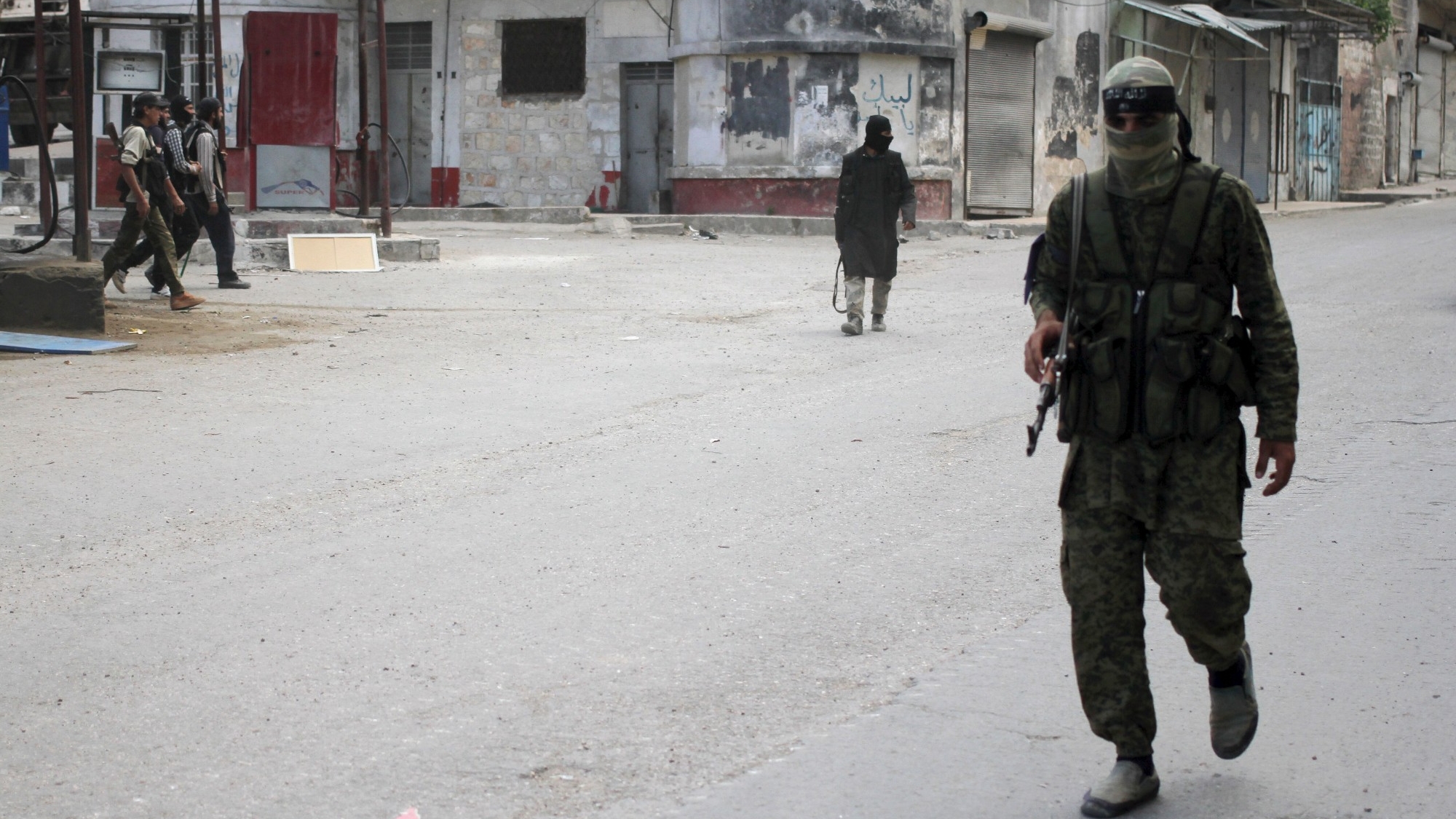 Members of al Qaeda's Nusra Front walk along a street after a coalition of insurgent groups seized the area in the northwestern city of Ariha, Syria, May 29, 2015

The evolution of the global jihadist movement was a topic that resonated with blog readers throughout the year; the first four commentaries on this list are by RAND terrorism expert Colin Clarke.

In the first, from March, Clarke explores how al Qaeda has positioned itself to succeed in the wake of ISIS's dissolution. The most important factor determining al Qaeda's future is what the group has learned over the past five years and how it seeks to implement change in its organization, he says. 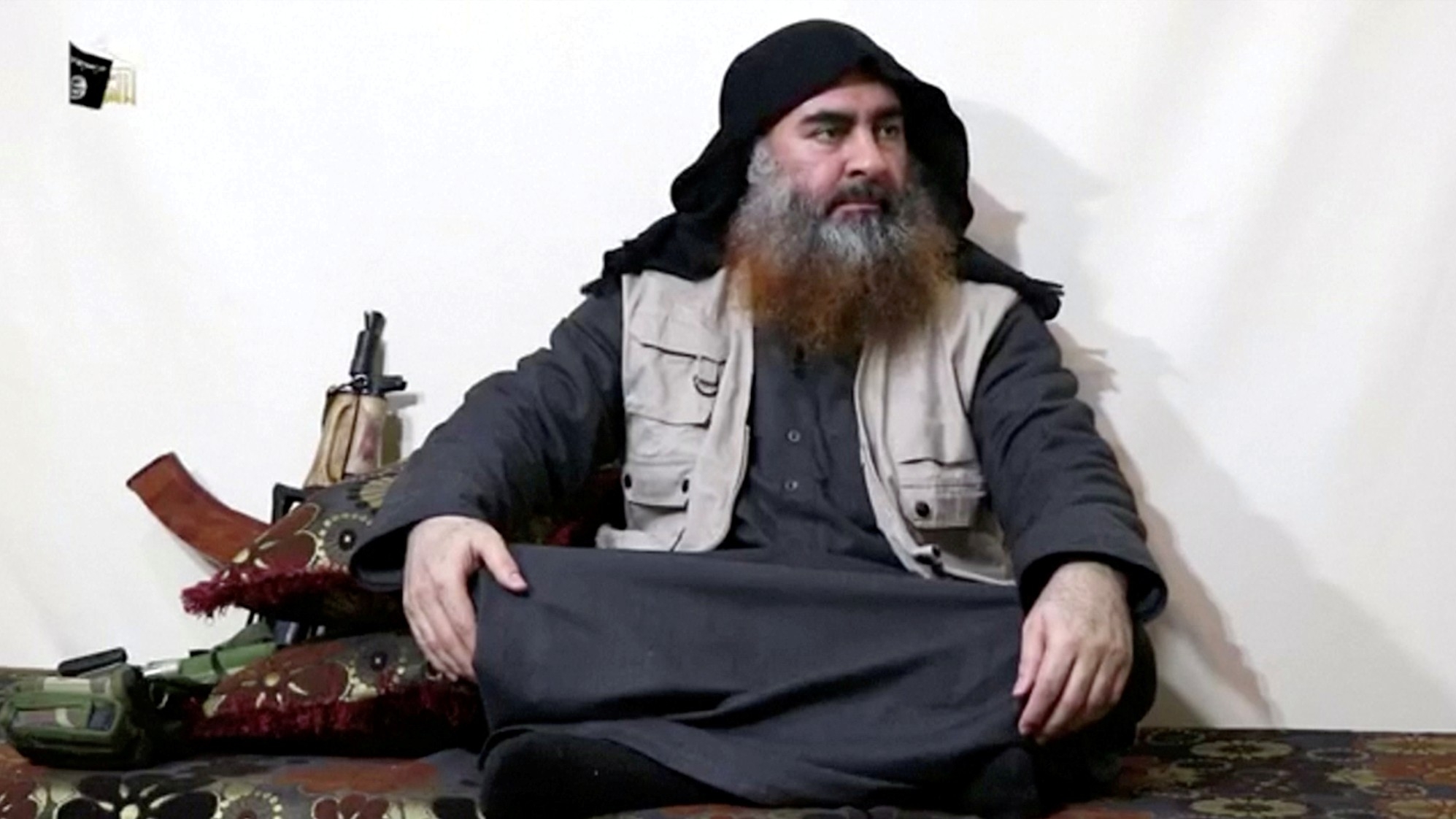 What the Baghdadi Video Means

Before he died during a U.S. special forces raid in October, ISIS leader Abu Bakr al-Baghdadi was often described as “reclusive.” Baghdadi's whereabouts were unknown for long stretches of time, and he rarely appeared in ISIS communications.

But in April—for the first time in five years—he suddenly appeared on camera in a 20-minute message to his followers. In this piece, Clarke outlines the possible reasons behind Baghdadi's surprise video, including the need to boost morale and a desire to encourage individuals to carry out attacks in ISIS's name. 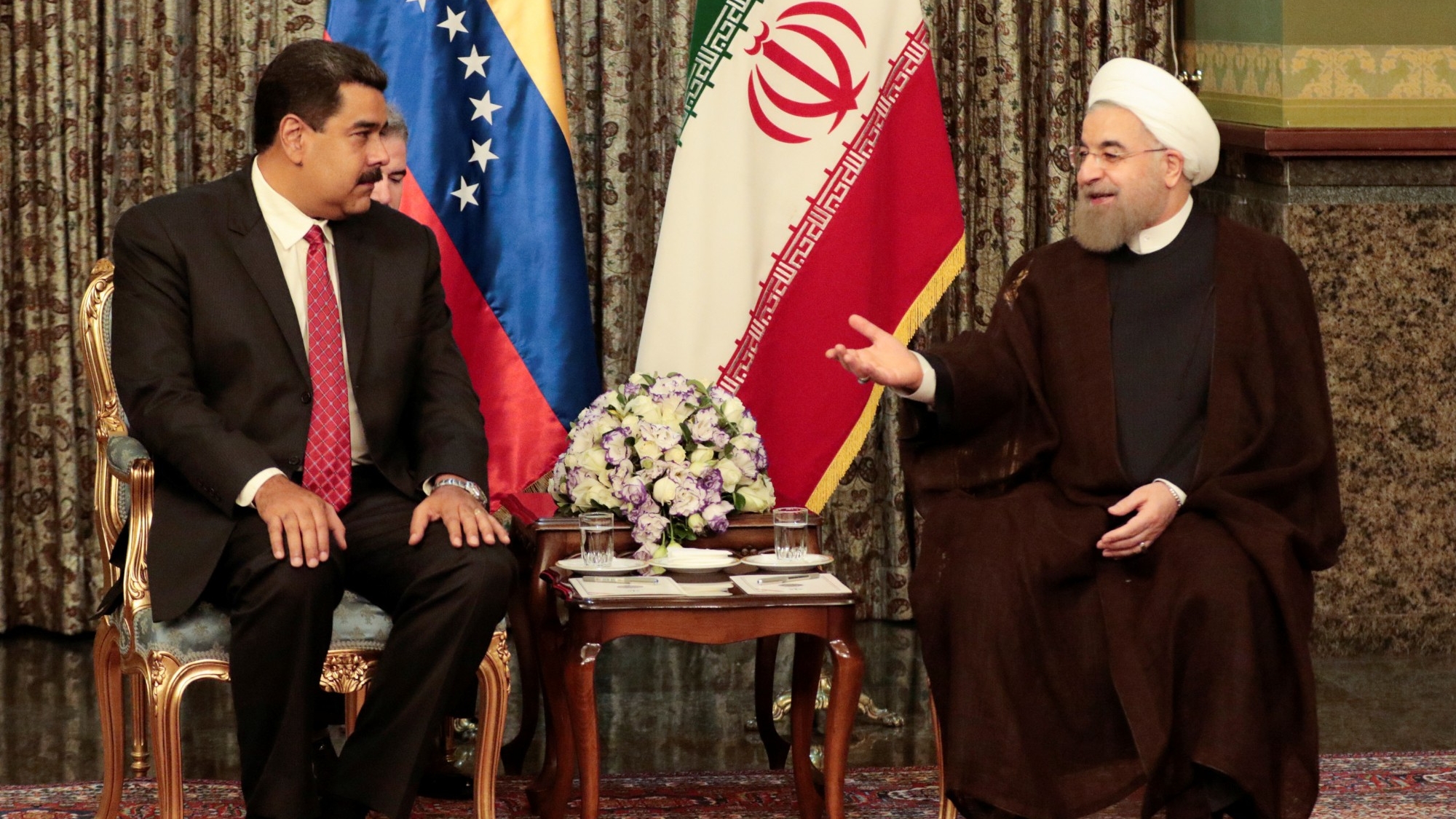 In February, U.S. Secretary of State Mike Pompeo mentioned that the Trump administration believed that Lebanese Hezbollah, a Shiite terrorist group, had “active cells” in Venezuela. This seemed to surprise some analysts. But it shouldn't have, said Clarke.

In fact, Hezbollah is entrenched in Venezuela. The group has long worked to establish a vast infrastructure for its criminal activities there, including drug trafficking, money laundering, and smuggling. And against a backdrop of instability in Venezuela that persists today, there's reason to doubt that the country's relationship with Hezbollah might change anytime soon. 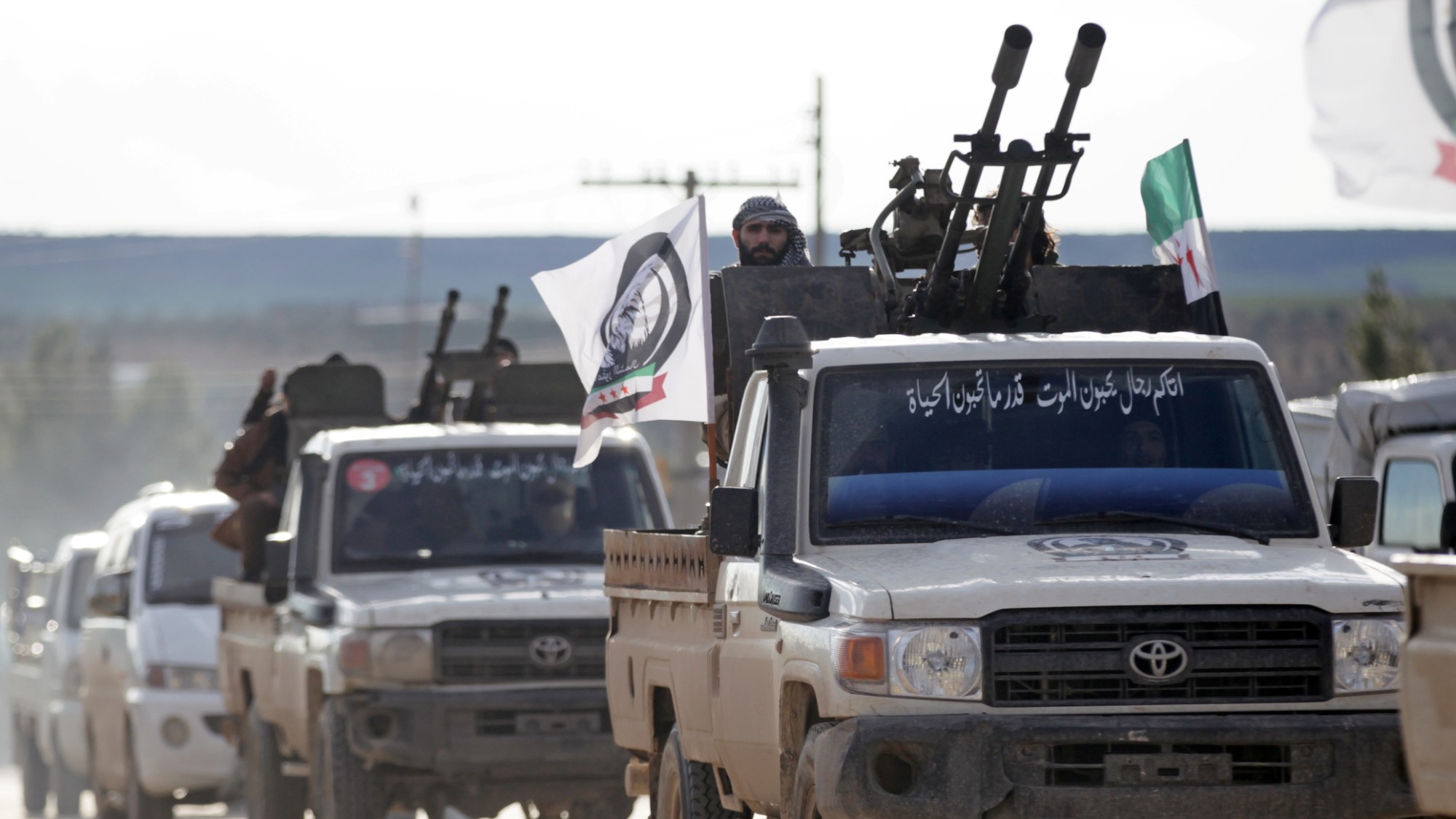 President Trump surprised many when he ordered the abrupt withdrawal of U.S. troops from eastern Syria in October. But the administration initially discussed plans to make this move back in early 2019.

In this commentary from January, Clarke and Ahmet Yayla of DeSales University warned of the potential dangers of this decision, such as giving ISIS an opportunity to revive itself. This possibility would emerge in part because the United States would be shifting the burden of countering the terrorist group to Turkey. That's a difficult role for Ankara—and one it has been reluctant to undertake. 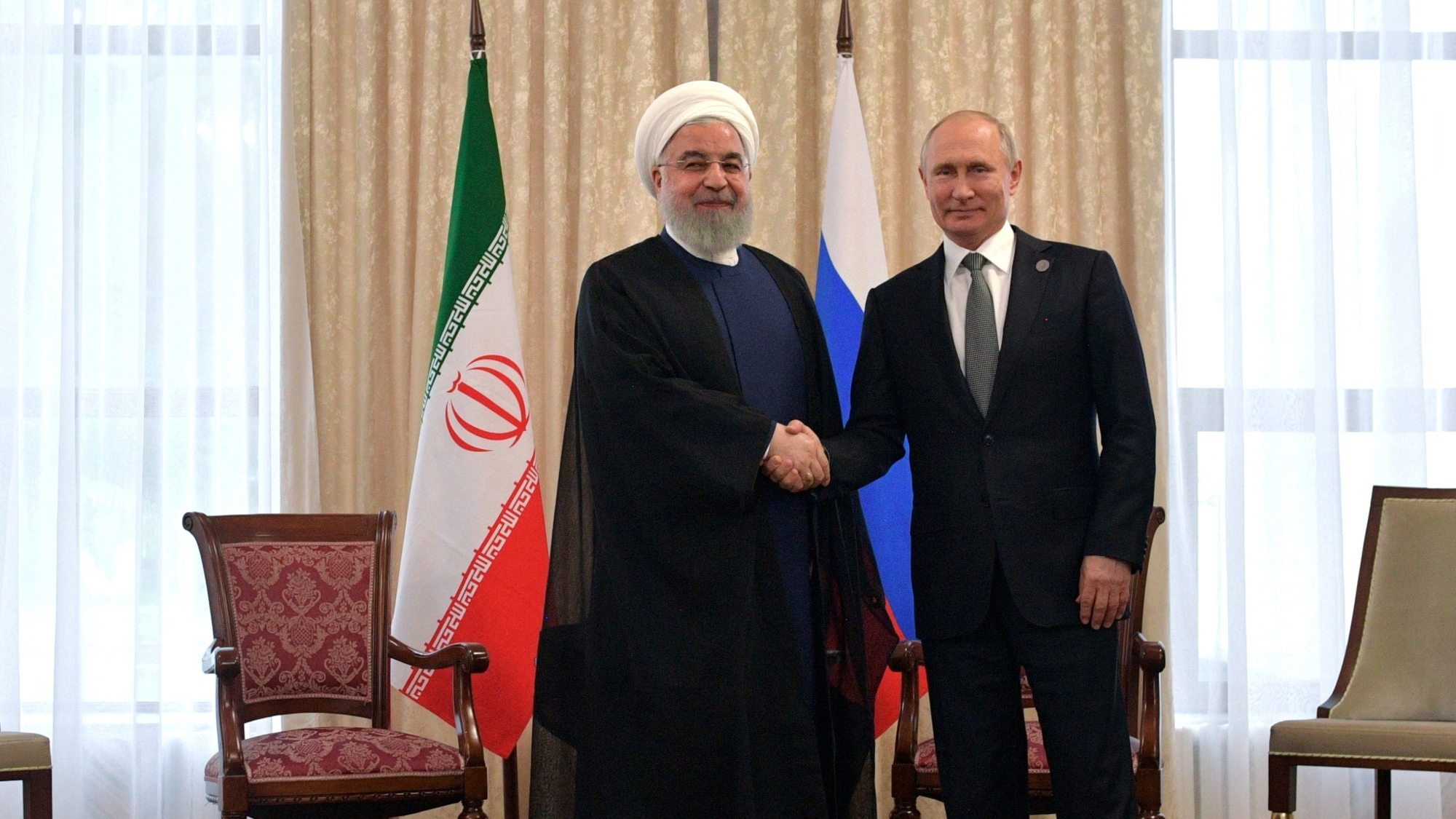 The Costs of Confrontation with Iran Are Mounting

Tensions between the United States and Iran flared over the summer. Though the two countries managed to avoid a military clash, such strains have long-term costs for U.S. interests and regional stability.

According to this June commentary by RAND's Dalia Dassa Kaye, Washington's “maximum pressure” campaign has led to angry U.S. allies and energized adversaries (including Russia), a more dangerous Iran, and the continued risk of military conflict. What's more, she says, these trends may be difficult to reverse. 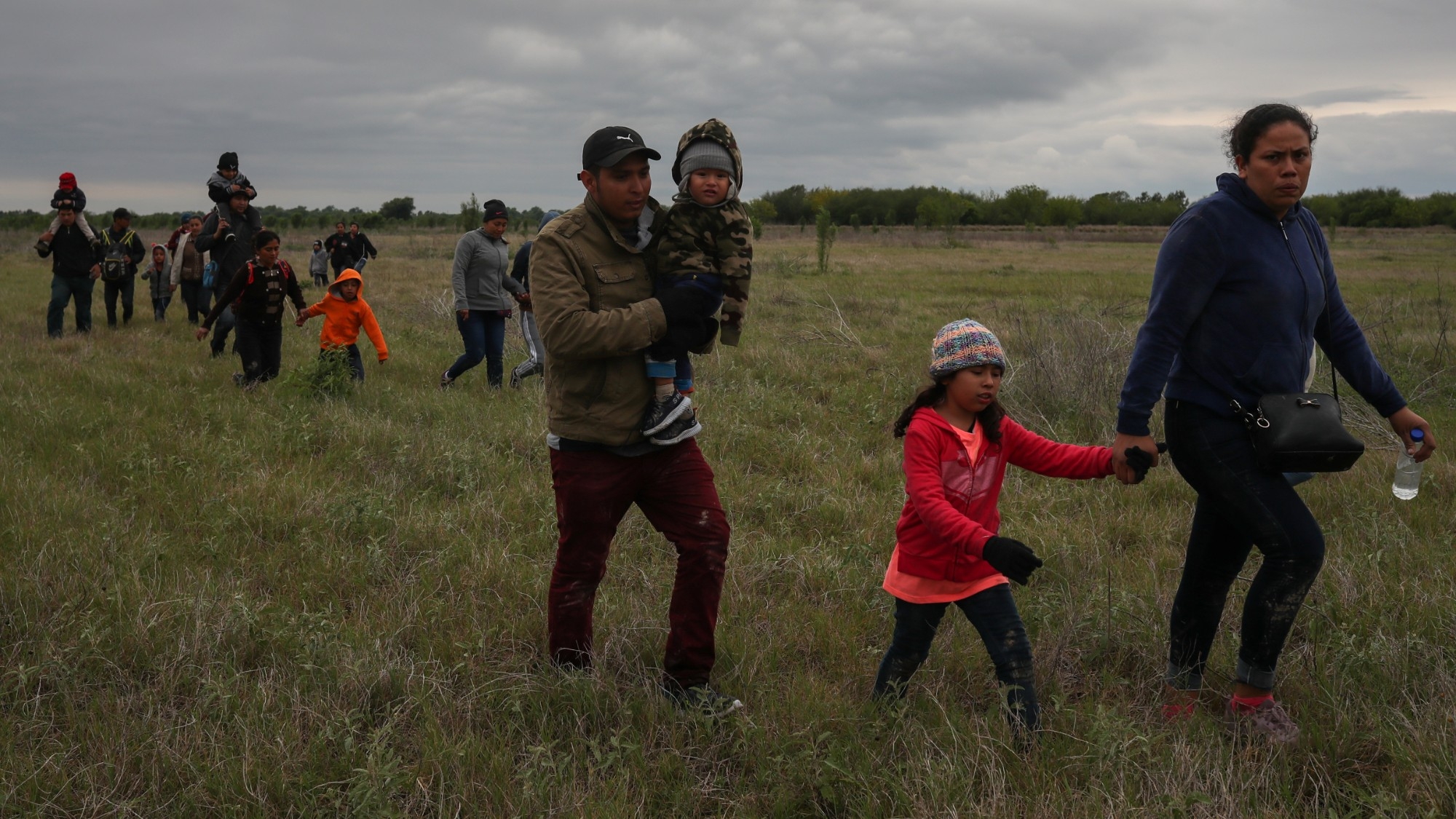 After years of declines, apprehensions of undocumented immigrants at the U.S.–Mexico border rose dramatically in 2019. And there is, in fact, a humanitarian crisis, Blas Nuñez-Neto writes in this piece from May.

Nuñez-Neto outlines some of the key factors that might be contributing to this trend and offers four common sense options to address the crisis: 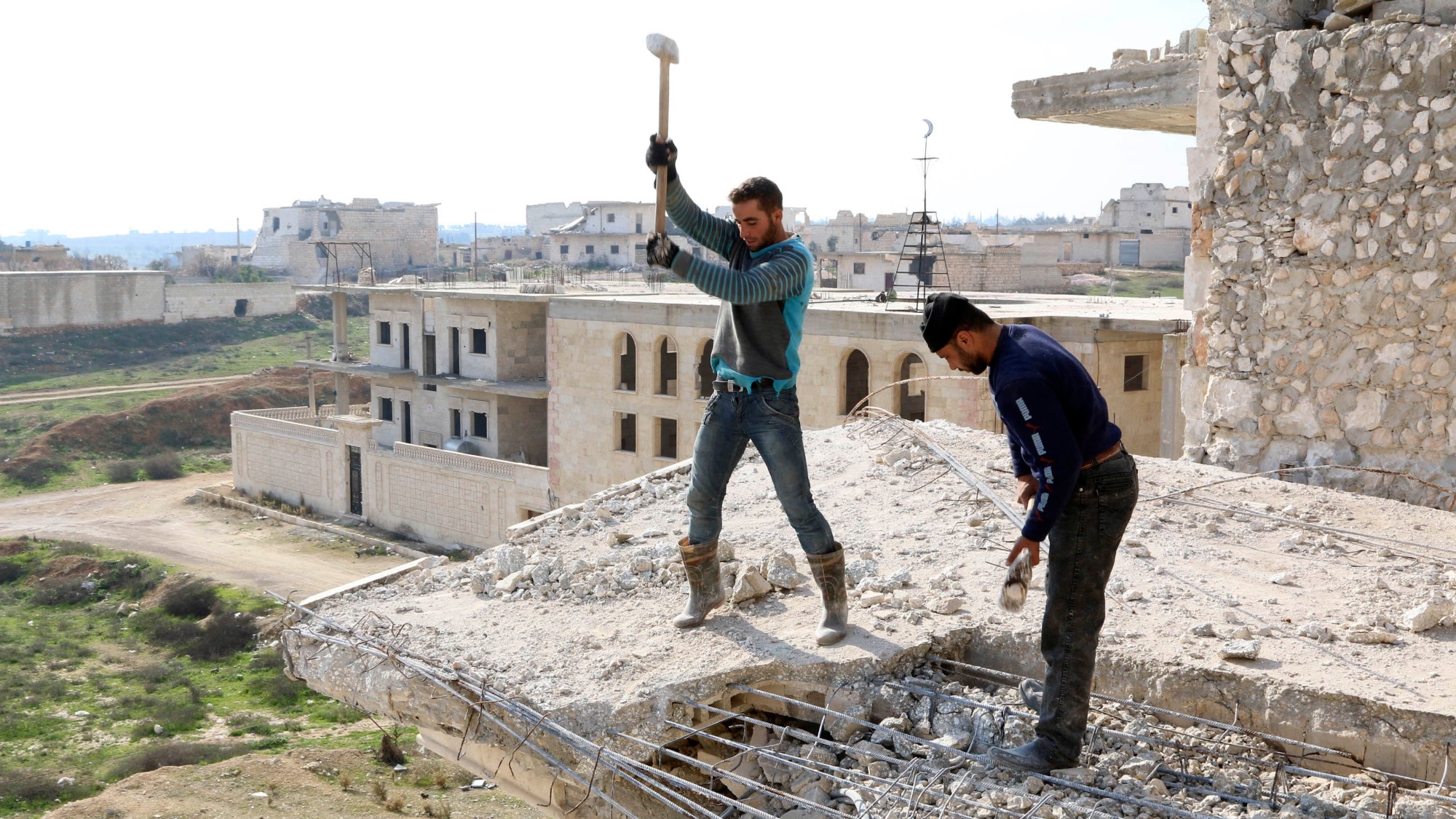 The Syrian Civil War Is Coming to an End

Ending Syria's ongoing civil war, rebuilding the country, and creating a stable state are daunting tasks. And they're unlikely to happen anytime soon. That's according to Howard Shatz, who took stock of the costs of the conflict in April.

Shatz predicted an “empty peace” for Syria. And with Bashar al-Assad still in power, reconstruction will be piecemeal, he says. That may mean that Syria remains a security challenge in the region for years to come. 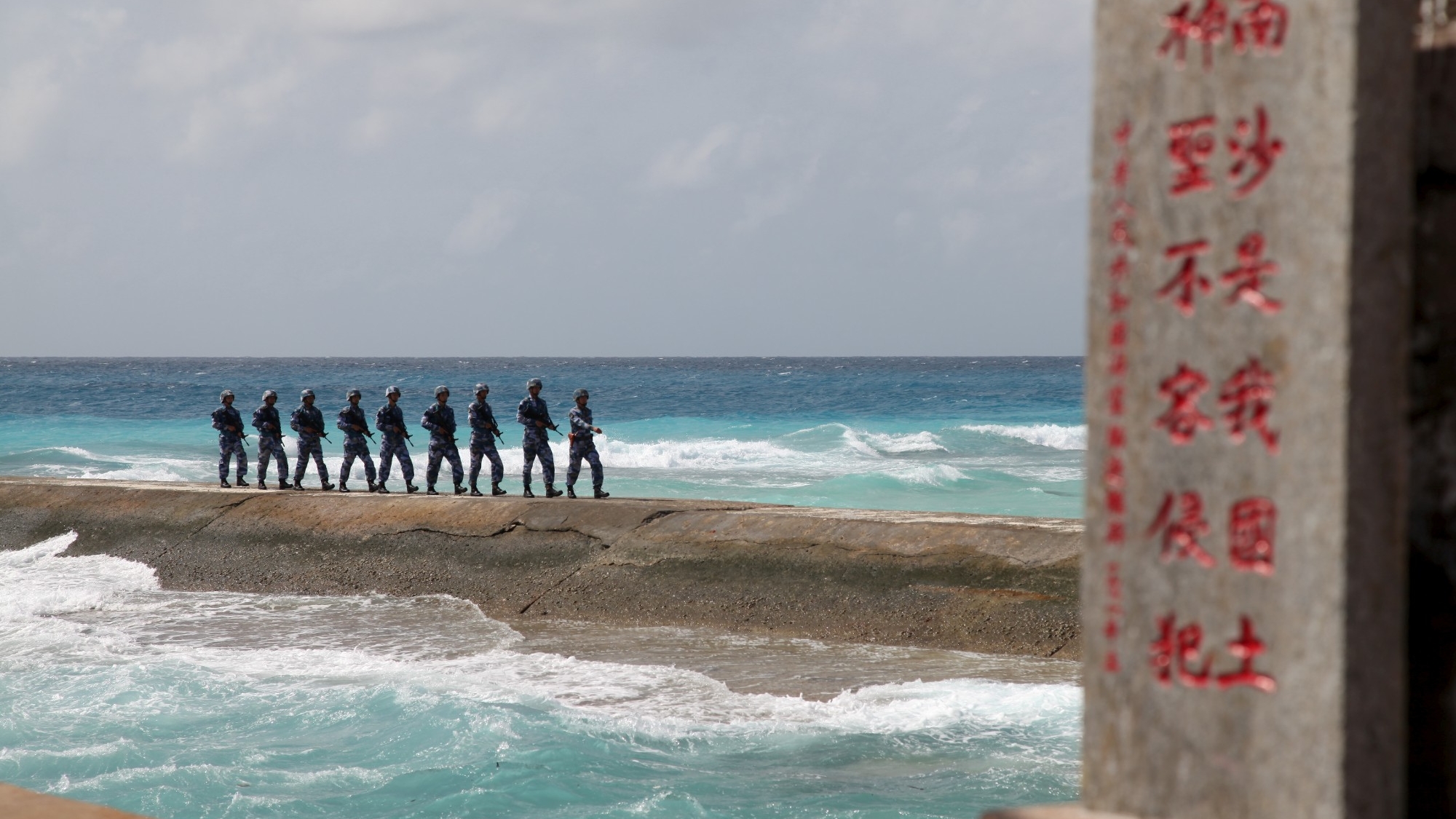 China probably isn't looking for a fight. But if a regional situation were to warrant the use of force, then Vietnam could be Beijing's preferred “warm-up,” says Derek Grossman.

In this piece from May, Grossman explains that warfare could severely disrupt China's economic development and further damage both Beijing's international reputation and its relationship with the United States.

Nonetheless, a clash with Vietnam would offer China's military much-needed combat experience in the air and naval domains, without the threat of U.S. intervention, and in a winnable situation. That's why greater attention is warranted on the China–Vietnam relationship in the South China Sea, says Grossman. 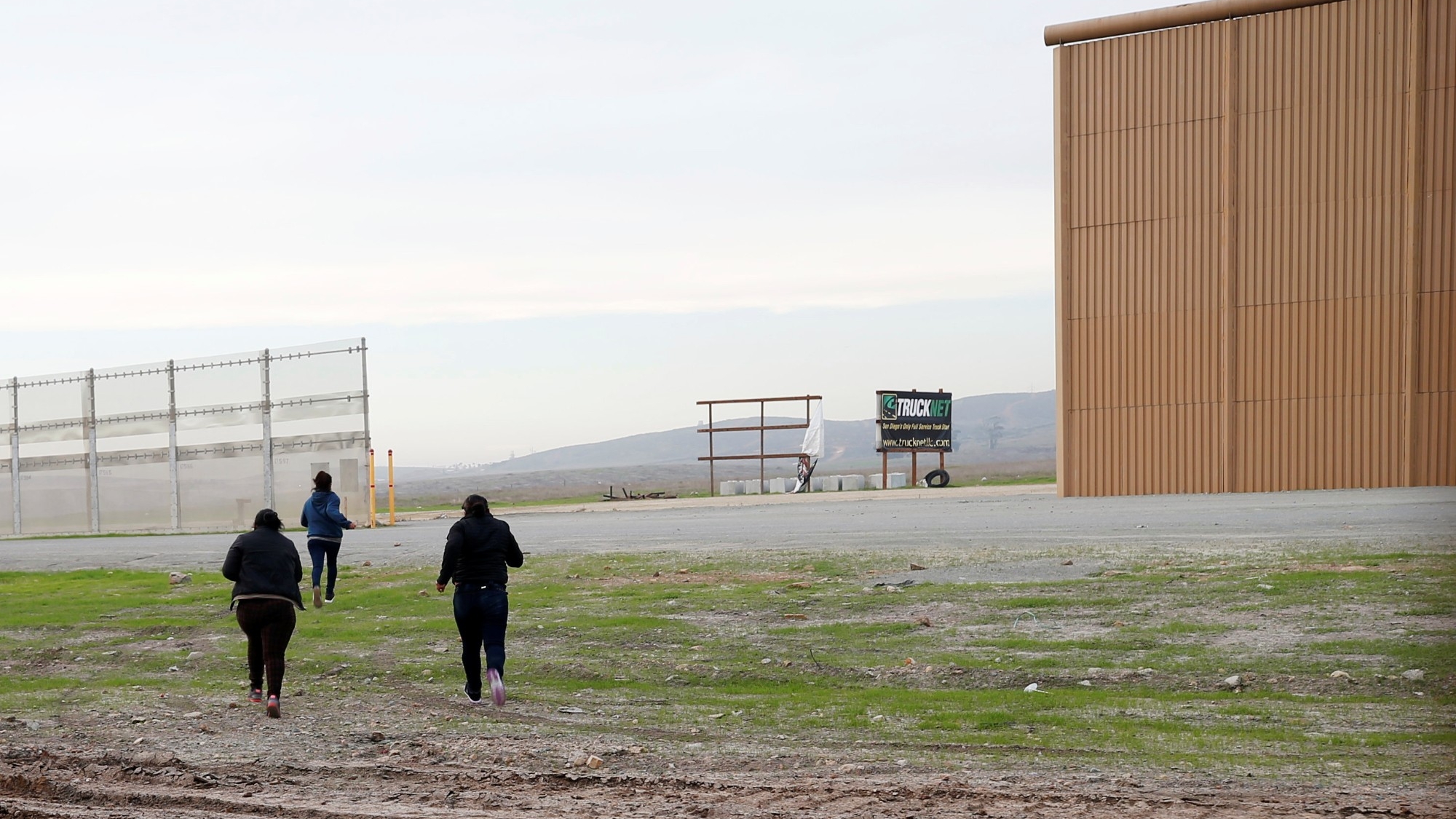 States have been building walls since ancient times. Some were arguably quite successful, others less so.

But what can walls realistically accomplish today? In this piece from January, when the U.S. government was shut down over a dispute about funding a wall along the U.S.–Mexico border, Raphael Cohen describes the benefits and pitfalls of specific walls throughout history.

Ultimately, he says, walls are a tactic—sometimes a critical one—but they're not a strategy. “The proposed wall on the U.S.–Mexico border…should be viewed as a means to an end, rather than an end unto itself.” 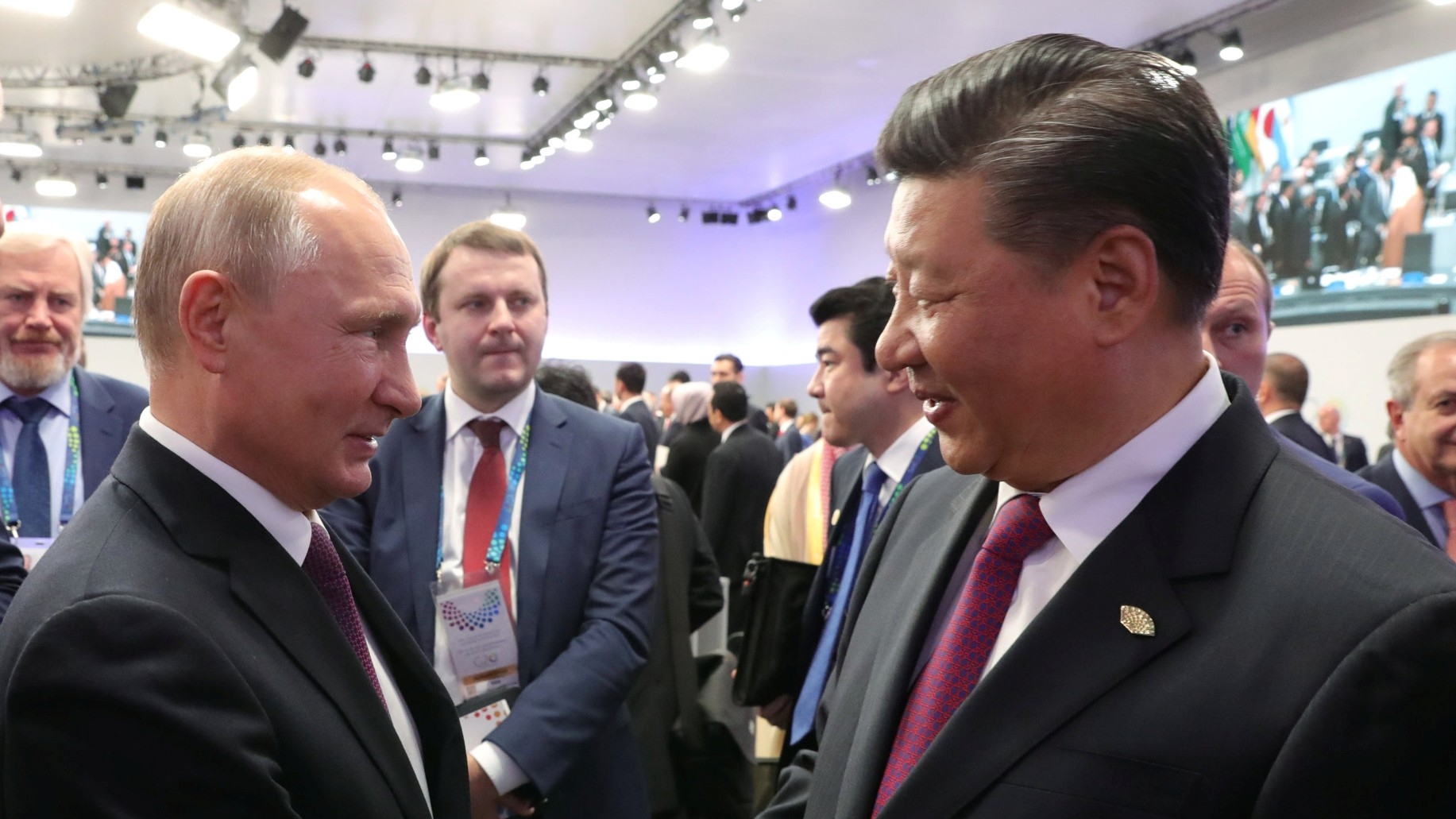 Relations between China and Russia are better than they've been in decades. Ties are growing across military, economic, and political dimensions. But, as RAND experts note in this commentary from April, despite the growing alignment between Beijing and Moscow, the United States shouldn't lump the two together as similar strategic challenges.

Though both countries contest U.S. interests, they do so in different ways. That means that Washington should respond differently to China, a resurgent power focused on achieving economic and technological preeminence, than to Russia, a declining power focused on fomenting military and ideological chaos.