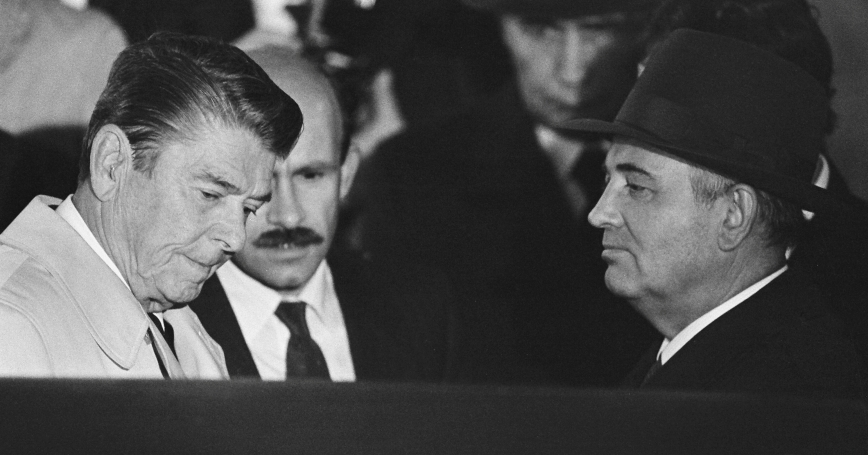 Elder statesmen are again warning of nuclear dangers. But have they risen? Maybe, but they remain only faint echoes of Cold War era risks.

Last month, former Soviet President Mikhail Gorbachev said the world was in “colossal danger” from nuclear weapons. He is to be taken seriously. Gorbachev and President Ronald Reagan concluded the first treaty ever to reduce and eliminate a whole class of nuclear arms, the Intermediate-range Nuclear Forces Treaty, a historic accomplishment. Last August the United States, with NATO support, withdrew from the treaty after years of Russian noncompliance.

In the United States, former Secretaries of State and Defense George Shultz and William Perry, respectively, and former Senate Armed Services Committee Chairman Sam Nunn, have sounded tocsins about nuclear dangers. Last April they said the United States and its allies and Russia were trapped in “policy paralysis” that could potentially lead to the “use of nuclear weapons for the first time in nearly 74 years.”

One can understand and should pay attention to their concern. One reason is that occasional bellicose rhetoric heightens fears.

In January 2018 North Korean leader Kim Jong-un boasted of a nuclear launch button "always on my table." President Donald Trump responded that his nuclear button was “much bigger” and “more powerful.” On December 3 Trump again called Kim “rocket man,” and said “if we have to,” the United States would use force against North Korea.

Elder statesmen are again warning of nuclear dangers. But have they risen?

Last June Trump said he did not want war with Iran, but implied a willingness to employ nuclear forces by saying the country could face “obliteration” if a conflict broke out.

It is true that in recent years Russia's relations with the West have sharply deteriorated. Causes include Russia's aggression in Ukraine, interference in Western elections and support for the brutal Assad regime in Syria, and U.S. sanctions on “malign” Russian activities.

Yet in Syria and elsewhere, Russian and Western militaries carefully cooperate to deconflict their operations. This reduces the risk of accidental or inadvertent events that could escalate.

This responsible behavior contrasts against bluster and risk-taking in a number of Cold War crises which, if they had been further mishandled, could possibly have led to nuclear exchanges. Several examples are illustrative.

In 1948 the Soviets blockaded all road, rail, and water routes to the Allied-controlled sectors of Berlin, then surrounded by communist-controlled East Germany. The West mounted the largest airlift in history of humanitarian goods, and the United States sent atomic-capable B-29 bombers to Britain. The blockade ended 11 months after it began.

In 1973, for the only time ever, the United States elevated its defense alert status to DEFCON 3 in response to intelligence indicating that the USSR may have been shipping nuclear weapons to Egypt at the height of the Yom Kippur War. Soviet ships dispersed and DEFCON 3 ended a day after it was imposed.

In 1985 Gorbachev came to power in the Kremlin and relaxed tensions with the West. In 1991 they eased further after the Soviet Union collapsed. For the last 36 years—since Able Archer—there have been no crises comparable to those of the Cold War era that might have raised risks of nuclear fighting.

It is time for everyone to take a deep breath. Risks remain regarding the theft, smuggling or proliferation of nuclear materials, technology and potentially even weapons. But the risk of a nuclear conflict between Russia and the West is vanishingly low, creating an opportunity to deliberately and carefully take steps to avoid future risks.

William Courtney is an adjunct senior fellow at the nonprofit, nonpartisan RAND Corporation. He was U.S. ambassador to Kazakhstan, Georgia and the U.S.–Soviet Commission to implement the Threshold Test Ban Treaty, and deputy U.S. negotiator for defense and space (missile defense) in the U.S.–Soviet Nuclear and Space Talks in Geneva.

This commentary originally appeared on The Hill on December 11, 2019. Commentary gives RAND researchers a platform to convey insights based on their professional expertise and often on their peer-reviewed research and analysis.