Setting Priorities for the Next DHS CIO 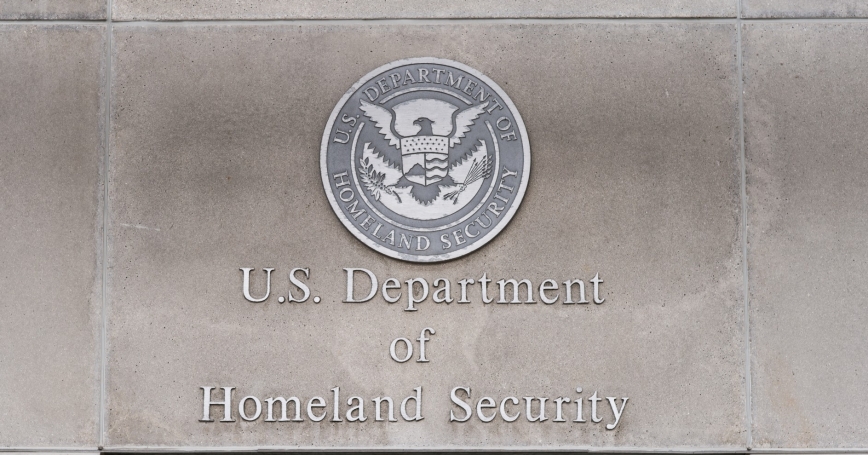 by John Bordeaux and Ryan Consaul

In its latest leadership vacancy, the Department of Homeland Security (DHS) has lost its chief information officer (CIO) with last month's resignation of John Zangardi. This position carries with it important statutory powers, a sizable budget, and critical responsibilities to ensure the proper functioning of the department.

Among these dueling priorities, enabling DHS' mission remains the most vital service that the CIO performs. Information technology can be a game-changer in how the homeland is secured. For example, efforts have been underway for years to modernize the way in which the United States grants immigration benefits by moving from paper-based to electronic processes. Effective IT systems make a significant economic impact through the efficient movement of travelers and goods across our borders. Ineffective IT systems can have devastating results on DHS' missions. Last month, the DHS Office of Inspector General reported that DHS lacked the IT capability to track separated migrant families resulting in “widespread errors” and an inability to count the number of families that DHS separated. These examples demonstrate the vast importance that IT, and consequently the CIO, have for DHS.

The next DHS CIO will face unending crises and limited time and resources with which to address them. This endless “to-do list” presents significant challenges but also opportunities. The organizing principle for DHS was to instill a unity of purpose and unity of effort across disparate agencies engaged in defending the United States from hostile action both kinetic and cyber, responding to natural disasters, protecting critical infrastructure, and other threats to government assets. The lack of information-sharing prior to the 9/11 attacks was a motivating factor, and the response in retrospect might be considered an organizational solution to a cultural problem.

Ineffective IT systems can have devastating results on DHS' missions.

Fifteen years in, the department has experienced great successes, but still struggles with the foundational need to share information across disparate agencies, now components. The next CIO will step onto one of the larger and more important stages in federal service. To address the enduring cultural barriers and segmented agendas that inhibit America's homeland security, the next DHS CIO could opt to make the following areas priorities:

These priorities would help the CIO enable the mission and further past efforts to mature the department. The next CIO may feel compelled to “hit the ground running” without a strategic vision. Such an approach could lead to ineffectiveness. DHS may be the most complex bureaucracy in the federal government. Without identified priorities, the CIO could become engulfed by the fire drill of the day and look back with years of service wondering what was accomplished.

Any new CIO would inherit a full plate when taking the reins of a department challenged by critical missions. The United States faces natural disasters on an unprecedented scale and adaptive adversaries who probe American physical and cyber infrastructures every minute of every day. Returning to first principles may seem a luxury during the current pace of operations, but the new CIO has an opportunity—and a brief window of time—to continue the scaffolding necessary to forge a culture of unified purpose and unified effort for protecting the homeland.

John Bordeaux is a senior management scientist and Ryan Consaul is a senior international/defense researcher at the nonprofit, nonpartisan RAND Corporation.

This commentary originally appeared on Homeland Security Today on December 15, 2019. Commentary gives RAND researchers a platform to convey insights based on their professional expertise and often on their peer-reviewed research and analysis.