Stability in Northeast Asia and the North Korean 'Christmas Present' 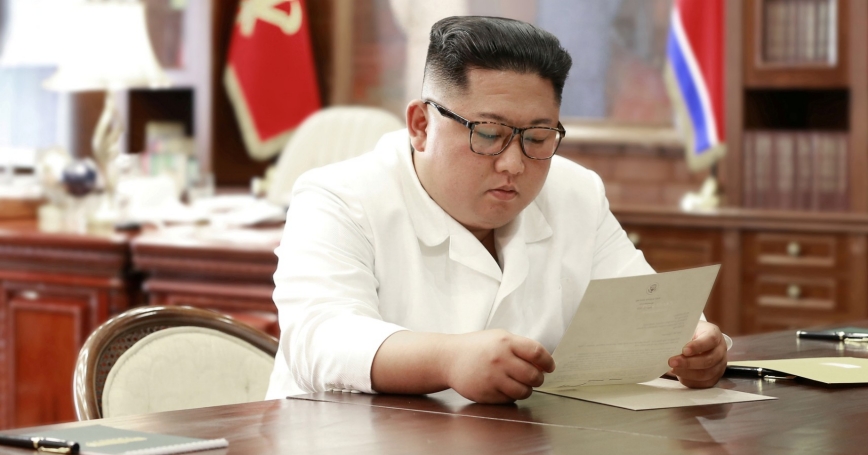 The DPRK's extreme rhetoric is worrying people in Northeast Asia. Pyongyang is threatening an apparently violent “Christmas gift” to the United States at the same time that U.S. patience with the DPRK has worn thin.

Last year, the situation in Northeast Asia was very hopeful. In March 2018, as reported by the New York Times, Kim Jong Un “told South Korean envoys he is willing to negotiate with the United States on abandoning his country's nuclear weapons…” and that “he would suspend all nuclear and missile tests while such talks were underway.” President Trump accepted this offer and held a summit meeting with Kim in Singapore in June 2018.

This declaration seemed weak on denuclearization until one recognized that Article 1.1 commits the ROK and the DPRK to fully implement “all existing inter-Korean declarations and agreements adopted thus far.”

In the earlier 1992 Joint Declaration of Korean Denuclearization (PDF), both sides agreed to, “not test, manufacture, produce, receive, possess, store, deploy or use nuclear weapons” or “possess nuclear reprocessing and uranium enrichment facilities.”

Quite the opposite: Even as Kim met with Trump in June 2018, the DPRK manufactured, produced, possessed, and stored nuclear weapons and possessed nuclear reprocessing and uranium enrichment facilities.

In short, Kim has committed dozens of violations of the April 2018 Panmunjom Declaration.

All of which makes it clear that even if the DPRK accepts a denuclearization agreement, the world should require exacting verification provisions with significant penalties included for any violations. Would Pyongyang ever accept such provisions?

And thus, some experts in the United States have concluded that the DPRK will not fully denuclearize and may not even stop or significantly slow its major nuclear weapons build-up.

Yet with the DPRK determined to use its nuclear weapons and related capabilities for coercion and extortion, the world that Pyongyang apparently seeks where it eventually possesses potentially hundreds of nuclear weapons is a nightmare, the furthest thing from peace and stability imaginable.

Peace is still possible, but only if North Korea begins to demonstrate that it is willing to halt its nuclear weapons build-up.

Is that really what Pyongyang wants? After all, the DPRK usually justifies its nuclear weapons as being essential to regime survival. But if that were the only objective, the existing DPRK nuclear force that Dr. Siegfried Hecker says “…is likely between 30 and 60…”— enough to threaten to kill millions and millions of civilians in the ROK, Japan, and China—should be quite sufficient.

Is regional peace thus doomed? No, peace is still possible, but only if the DPRK begins to demonstrate that it is willing to halt its nuclear weapons build-up.

In such a first step, there would be no requirement for Pyongyang to meet its Panmunjom Declaration obligations of nuclear dismantlement.

The United States has been offering a balanced, step-by-step effort with some sanctions relief in exchange for DPRK denuclearization.

Unfortunately, the DPRK apparently does not perceive that a “step-by-step” process should be balanced, involving important actions by both sides.

Pyongyang appears to be demanding and preparing to coerce major U.S. concessions, offering little in exchange.

The DPRK has been careful with its missile test coercion in 2019 not to escalate so far that it crosses a U.S. redline of major retaliation, but the DPRK implied threats of an ICBM launch could cross such a line.

Hopefully, Pyongyang will forbear and take a more responsible position.

This commentary originally appeared on CGTN on December 24, 2019. Commentary gives RAND researchers a platform to convey insights based on their professional expertise and often on their peer-reviewed research and analysis.