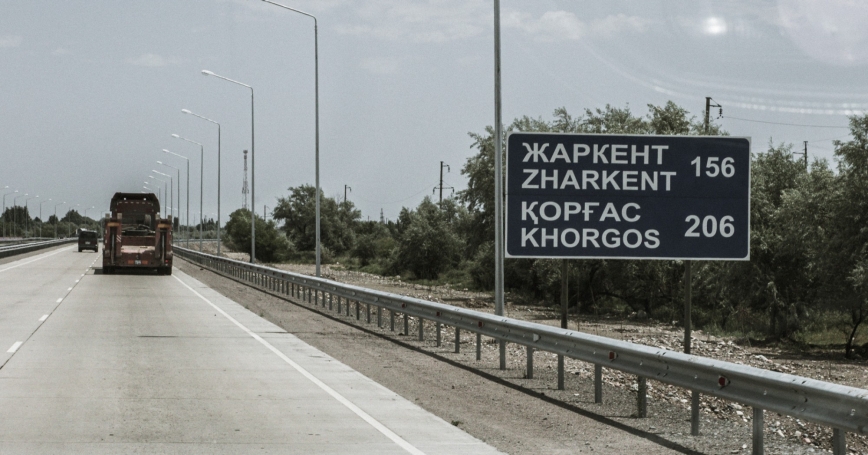 The geo-political motivations behind China's Belt and Road Initiative (BRI) are much debated and the scheme has come under heavy criticism for the way some of its projects have been handled. But this negative publicity may distract from the potential economic benefits to be had if infrastructure along the proposed Belt is improved. If countries and regions across the BRI coordinate their development plans to achieve cohesion between policies and infrastructure implementations, there could be substantial economic advantages.

First announced in 2013, the aim of the BRI is to create jointly-built trade routes between Asia, Europe and Africa, emulating the ancient trading routes of the Silk Road. There are two aspects to it: the overland path which will use existing and new international transport routes and key economic industrial parks as springboards for cooperation, and the sea route which aims to build transport routes bridging major sea ports across the BRI. The projected sea route runs along China's coast towards Europe in one direction and from China's coast, cutting through the South China Sea and the South Pacific, in the other.

To explore this issue, a RAND Europe study examined the potential economic impact of the BRI infrastructure. The research explored barriers and facilitators to multilateral trade in the region, and an econometric analysis was undertaken to quantify the potential impact of improved infrastructure on international trade.

The research showed there is a large variation in the quantity and quality of transport infrastructure across the BRI region. On average the region suffers from less developed infrastructure and connectivity compared to other areas, such as the EU. For example, the review showed that on average airport density in BRI countries is one sixth of that of the EU and approximately one third of the other countries. With regards to railway density, on average, the EU has five times more railway network per square kilometre compared to regions in the BRI countries.

According to the Asian Development Bank (PDF), the investment needs for Asia until 2030 are around US$26 trillion (including climate-related needs). The lack of transport infrastructure connectivity currently hampers trade and economic development of the region. Many BRI countries are landlocked and rely heavily on road/railway transport for international trade, so ensuring there is significant land transport infrastructure is vital for supporting their development.

In addition to improving 'physical' transport infrastructure and connectivity, 'soft' barriers will need to be overcome. Legal and regulatory inconsistencies need to be addressed and streamlined across the BRI's overland and maritime corridors in order to reduce trade friction. Creating clear security arrangements and mechanisms to ensure the safety and security of goods travelling across the BRI can also help protect investments. Advancements in information and digital technology and automation can help improve transport connectivity by creating digital and information-sharing networks, collaborative platforms and opportunities to improve efficiency and the resilience of the supply chain.

The study found that better transport infrastructure is key to improving international trade. Efficient connections between countries can attract foreign investment and accelerate the process of economic growth. This results in more employment and the potential to reduce poverty.

The econometric modelling used in the study showed that establishing a rail connection between trading partners along the proposed modern-day Silk Road could boost trade exports by 2.8 per cent in the region. It also showed that improvements in road density had the second-most significant benefit. While reducing travel distance by air or sea increases trade by 0.4 per cent and 0.1 per cent respectively.

Moreover, the proposed BRI investment not only increases trade in the BRI region but also in areas outside of the initiative, such as the EU. Overall, the total trade volumes increase by US$329 billion for the BRI region and US$133 billion for the EU. Improving infrastructure in the region would appear to then present a win-win scenario in terms of the impact on trade among many countries.

China's true motivations for the BRI may still be unclear but the West could also consider the initiative's potential to deliver sustained economic, social and environmental benefits for all, and find ways to support infrastructure improvements in the countries involved.

Hui Lu is a senior analyst at RAND Europe.