How Washington Could Make Beijing Listen on Xinjiang 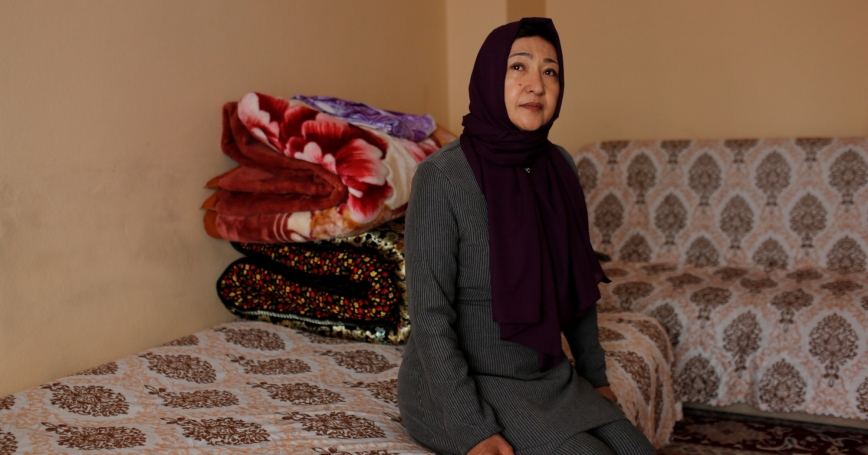 Gulbahar Jelilova, an ethnic Uighur activist from Kazakhstan, poses for a photograph in Istanbul, Turkey, November 16, 2018

In mid-November 2019, The New York Times published more than 400 pages of leaked internal documents from the authorities in the Xinjiang Uighur Autonomous Region, a province in northwestern China. At least one million people, but perhaps twice that number—mostly ethnic Uighurs, Kazakhs, and other Muslim minorities—have been incarcerated in the province's so-called reeducation camps, where detainees are held against their will and forced to perform manual labor, forbidden from contacting relatives, and in some cases psychologically and physically tortured.

The leaked documents included painstaking instructions for the silencing of those whose parents had been locked away, as well as internal speeches in which Chinese President Xi Jinping called on the Chinese people to show “no mercy” and use all the “weapons of people's dictatorship” to combat a perceived extremist threat. The leak confirmed what human rights organizations, practitioners, and China watchers have long feared: that the Chinese Communist Party (CCP) is engaged in the systematic persecution of the country's domestic religious and ethnic minorities.

So far, Chinese authorities have carried out this campaign with impunity. The United States and several European countries have voiced concern about human rights in Xinjiang, but Chinese officials retort by invoking their country's sovereignty. Moreover, they claim, harsh actions in Xinjiang were necessary to protect China from what it calls “the three evils”—terrorism, separatism, and religious extremism. Less often spoken about is the Chinese government's vested interest in asserting control over a region that has historically opposed Chinese rule—and one which now serves as…

Mollie Saltskog is an intelligence analyst at The Soufan Group, a strategic consultancy based in New York City. Colin P. Clarke is a senior adjunct political scientist at the RAND Corporation and a senior fellow at the Soufan Center.

This commentary originally appeared on Foreign Affairs on January 16, 2020. Commentary gives RAND researchers a platform to convey insights based on their professional expertise and often on their peer-reviewed research and analysis.