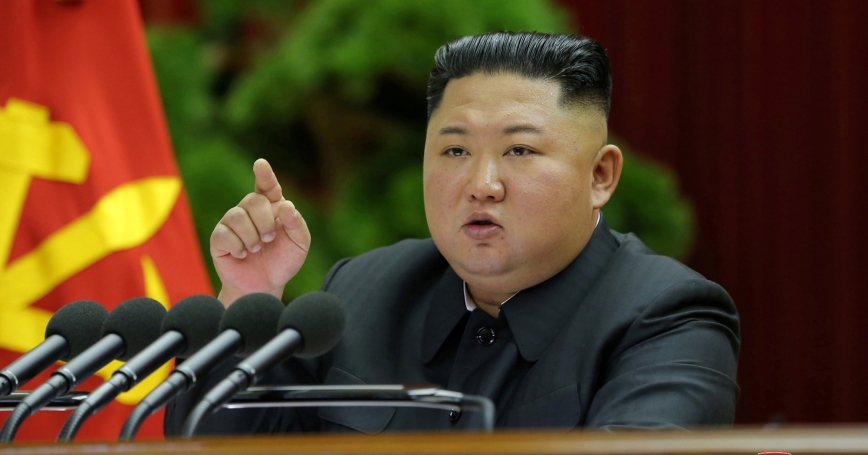 North Korean leader Kim Jong-un speaks during the 5th Plenary Meeting of the 7th Central Committee of the Workers' Party of Korea in this undated photo released December 28, 2019

Korea watchers have been surprised that North Korean leader Kim Jong-un failed to provide a 2020 New Year's address, as he has done in the past. Instead, he has apparently substituted, without explanation, a report of the North Korean Workers' Party Plenary meeting completed on December 31.

And thus, the North Korea regime has once again justified and explained itself by using deception. Indeed, North Korea has described itself as a “workers' paradise” when in reality North Korean workers live an impoverished life while suffering from brutal political control. The report includes other deception, such as claiming that the North Korean public health system is “best in the world,” an extreme deception. The North Korean regime appears to use such deceptions to maintain control and avoid internal dissent.

This commentary originally appeared on The National Interest on January 3, 2020. Commentary gives RAND researchers a platform to convey insights based on their professional expertise and often on their peer-reviewed research and analysis.