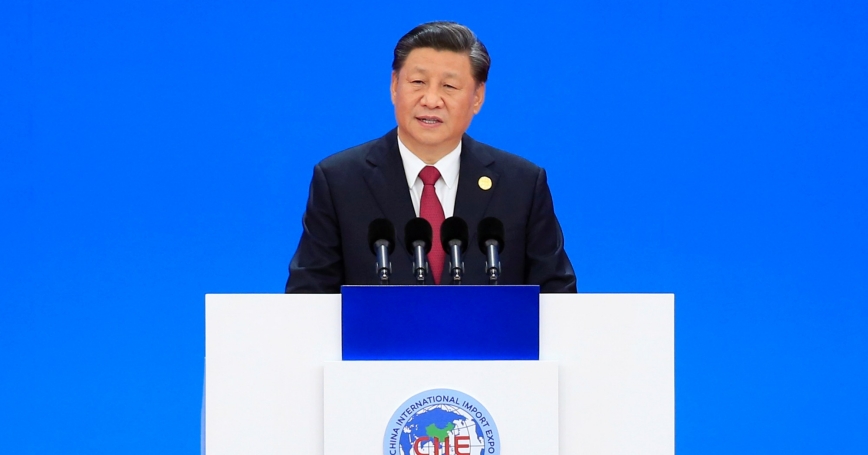 by Ali Wyne and James Dobbins

Last year was an eventful one in China, with U.S.–China trade tensions escalating, protests in Hong Kong reaching a crisis point, and President Xi Jinping further consolidating power. What might the rest of the world expect from China in 2020? Here are a few predictions:

China will struggle to recalibrate vis-à-vis Taiwan and Hong Kong. China now absorbs some 40 percent of Taiwan's exports—and exports account for more than half of Taiwan's GDP. But this growing economic dependence on the mainland has not dented nationalism in Taipei. To the contrary: In 1994, 20 percent of the public identified as only Taiwanese, while 26 percent identified as only Chinese; by 2018, the former proportion had risen to 54.5 percent, while the latter had plummeted to under 4 percent. Should President Tsai Ing-wen win reelection in Taiwan on Jan. 11, China will confront not only a more nationalistic public, but also a government further motivated to expand its relations across the Asia-Pacific and to reduce its economic dependence on China.

The continuing demonstrations in Hong Kong will also vex China. Accommodating the protesters' demands even partially would represent a significant loss of face for Xi Jinping. Deploying troops against them, meanwhile, could risk the kind of international opprobrium China faced after the Tiananmen Square massacre, and make it even less likely that Taiwan will ever embrace the “one country, two systems” formula for reunification.

China will further reduce its dependence on high-tech components from abroad. Huawei surprised observers last September when it unveiled a smartphone that evidently contained no U.S. chips. The company says it is now working to replace the whole Google Mobile Services suite of apps, and the Communist Party's Central Office issued a directive last year mandating “all government offices and public institutions to remove foreign computer equipment and software within three years.” Still, Chinese businesses may find it difficult to overcome their reliance on foreign parts and know-how.

China will focus on blunting the impact of the Trump administration's tariffs. China's exports to the United States fell nearly 15 percent between the first 10 months of 2018 and the same period in 2019. Even so, its share of total global exports is now 11.9 percent—a bit higher than when the first wave of U.S. tariffs hit in July 2018. China still has its work cut out for it, though, because the United States absorbs a higher fraction of Chinese exports than any other country and China may be losing some trade momentum globally.

In addition to strengthening bilateral trade relationships through its Belt and Road initiative (BRI), China will likely ramp up two other efforts: Concluding a three-way free-trade agreement with Japan and South Korea and ensuring that a major Asia-Pacific pact called the Regional Comprehensive Economic Partnership comes to fruition even though India has decided not to join. China is also actively leveraging transatlantic tensions to try to gain a greater foothold for Huawei in 5G networks across Europe.

China will further strengthen its collaboration with Russia. There is no evidence that the two countries are pursuing a formal military alliance, which would impose security commitments that neither seeks to undertake. In addition, their relationship is increasingly asymmetric; China's GDP was over eight times as large as Russia's in 2018. Still, especially with Washington's decision to lump them together under the umbrella of “great-power competition,” China and Russia are likely to be more intentional in collaborating to frustrate U.S. foreign policy objectives.

Perhaps most importantly, China will continue to pose as a champion of the existing international order. In contrast to the Trump administration's avowed anti-globalism, China will point to its own participation in global efforts to limit climate change, contributions to United Nations peacekeeping forces, support for the World Trade Organization and interest in further expanding world trade—all the while avoiding direct embroilment in any of the world's major trouble spots.

Ali Wyne is a policy analyst and James Dobbins is a senior fellow at the nonprofit, nonpartisan RAND Corporation.

This commentary originally appeared on The Hill on January 2, 2020. Commentary gives RAND researchers a platform to convey insights based on their professional expertise and often on their peer-reviewed research and analysis.