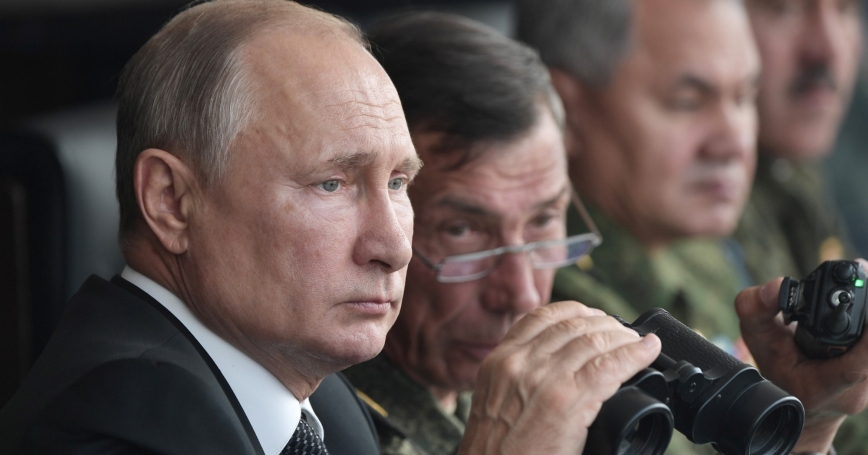 Last September, Russian President Vladimir Putin proposed a moratorium on missile deployments in Europe. The Trump administration rejected the idea, and NATO followed suit. But French President Emmanuel Macron and others have since urged President Trump to reconsider. They argue that a moratorium has no near-term downside for the United States – and might help jumpstart productive arms negotiations with Russia.

The proposed freeze would leave Russia with about 100 SSC-8 intermediate-range, ground-launched cruise missiles in Europe. The U.S. government has protested their deployment as a violation of the Intermediate-Range Nuclear Forces Treaty, which banned missiles with ranges between 500 and 5,500 kilometers; indeed, Trump cited them as a reason for scuttling the INF agreement. Yet accepting the moratorium has little downside for the United States. The U.S. currently has no intermediate-range missiles to deploy, and no immediate plans for basing new missiles in Europe. Meanwhile, the Putin government has vowed to deploy no new missiles while its proposal is on the table. If the United States remains cold to the moratorium, however, Moscow could resume the SSC-8 buildup at any moment, increasing the threat to NATO allies and gaining more bargaining chips in future arms negotiations.

The Trump administration has evinced no particular interest in launching such talks with Russia; it has mooted instead the notion of tripartite talks with China, which has thousands of such dual-capable ground-based intermediate-range missiles. Yet it's far from clear that Beijing has any interest in such talks. Moreover, given that the U.S. has far more nuclear weapons than China, Chinese officials may demand a substantial reduction of those weapons before sitting at the negotiating table.…

This commentary originally appeared on Defense One on February 13, 2020. Commentary gives RAND researchers a platform to convey insights based on their professional expertise and often on their peer-reviewed research and analysis.