Family Matters: More of the Same in Togo 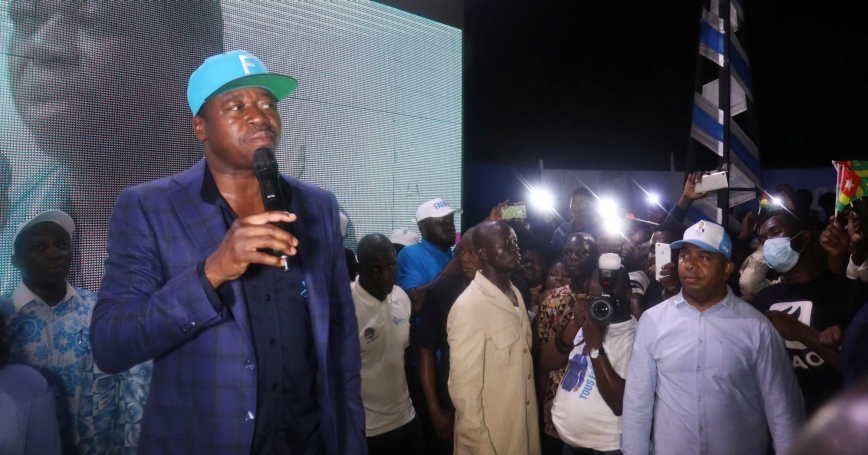 President Faure Gnassingbe speaks in front of his supporters at his headquarters in Lome, Togo, February 24, 2020

by Alexander Noyes and Michael Shurkin

Faure Gnassingbe was reelected late last month for a fourth term as president of the small West African country of Togo. The result was no surprise. Faure, as he is known locally, and his father before him, Gnassingbe Eyadema, have ruled Togo and its 8 million inhabitants for over five decades combined. Despite a lighter touch than his notoriously brutal father, Faure has effectively hollowed out ostensibly democratic processes like elections to perpetuate his family's long reign.

Togo's Constitutional Court this week certified that Faure won the Feb. 22 election with more than 70 percent of the vote to former Prime Minister Agbeyome Kodjo's 19 percent. The election featured seven candidates, splitting the opposition bloc. In the run-up to the vote, both local and international election observers were barred from doing their jobs, including some who were expelled from the country. On Election Day, the internet was shut down, a growing trend among autocrats in Africa and around the world.

As in most of Togo's recent elections, the opposition called fraud, with Kodjo declaring that his internal calculations showed that he had won. But his formal legal challenge was promptly rejected by the Constitutional Court, which is biased toward the ruling party. It's not only the judiciary; Faure also enjoys the support of the military. Due to the stacked system he and his father built, Faure is likely to rule until 2030 or beyond.

Gnassingbe Eyadema led a coup in 1963, in which he assassinated allegedly by his own hand Togo's first post-independence president, Sylvanus Olympio. Eyadema led another coup four years later, subsequently installing himself as president, and ruled until his death in 2005. As president, he embodied “big man politics,” deftly combining acts of repression and violence with cooptation and manipulation. He also enjoyed the patronage of Togo's former colonial power, France, which embraced Eyadema despite his iron-fisted rule due to the stability he brought to the country.…

This commentary originally appeared on World Politics Review on March 6, 2020. Commentary gives RAND researchers a platform to convey insights based on their professional expertise and often on their peer-reviewed research and analysis.