Russia's Ties with the West Rhyme 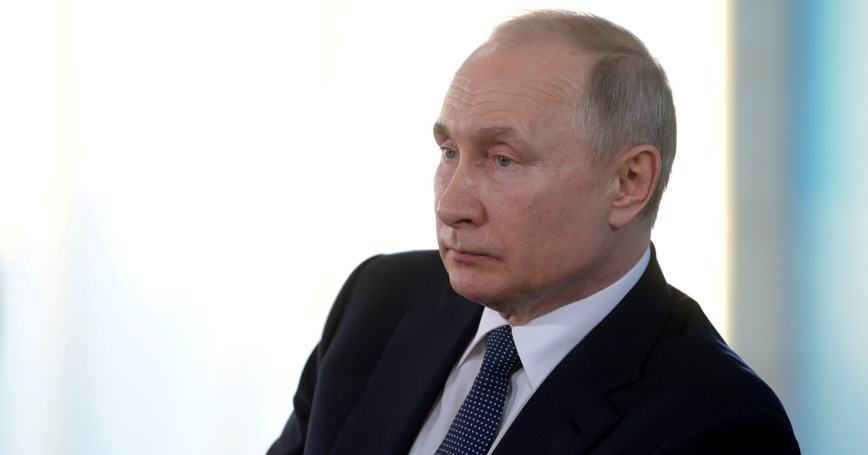 With Vladimir Putin now seeking constitutional changes that could allow him to stay as president until the 2030s, Russia's strained relations with the West may persist. But if it chooses, Russia can chart a more dynamic future with closer Western ties.

Mark Twain may have said, “history doesn't repeat itself, but it often rhymes.” This may describe Moscow's ties with the West. In the late 1970s and early 1980s, they were frozen until a liberalizing leader, Mikhail Gorbachev, shook the pillars of Soviet power. Today relations with Russia are again frigid, but it is unclear whether breaking the ice will require regime change.

Russia's ties with the West may not have hit bottom but may be close. Citing sanctions, Putin says relations with the United States are “getting worse and worse.” Foreign Minister Sergei Lavrov warns that “NATO's approaching our borders is a threat to Russia.” Secretary of State Michael Pompeo blames Russia's “bad behavior” for poor relations and praises Ukraine as a “bulwark” against authoritarianism.

Current tensions recall those prior to Gorbachev, in the era of Soviet General Secretary Leonid Brezhnev and his short-lived hardline successors, Yury Andropov and Konstantin Chernenko.

Russia's ties with the West may not have hit bottom but may be close.

In the late 1970s the USSR began secretly deploying land-based nuclear-armed SS-20 missiles against Europe and Japan. In 1979 the USSR invaded neighboring Afghanistan and waged a nine-year war against insurgents. In 1981 the USSR coerced Poland's leaders into imposing martial law. They detained thousands of free trade unionists and dozens died. In 1983 a Soviet fighter plane shot down Korean Air Flight 007, which strayed over Soviet territory, killing 269. Taken together, these actions put Soviet ties with the West into deep hibernation.

How do those threats rhyme with Moscow's recent ones?

In 2008 Russia began testing a missile banned under the 1987 Intermediate-range Nuclear Forces (INF) Treaty and has secretly deployed it against Europe. In 2014 Russia seized and annexed Crimea from neighboring Ukraine and for six years has waged a simmering war in eastern Ukraine. Also in 2014, Russian forces or proxies there fired a ground-to-air missile and downed Malaysia Airlines Flight MH-17, killing 298. In 2016 Putin ordered a political influence campaign (PDF) to “undermine public faith in the U.S. democratic process.”

How did the West respond to Moscow's earlier malign activities? In the early 1980s NATO fielded new land-based nuclear-armed INF missiles to bolster deterrence. The United States trained Afghan guerillas and gave them advanced Stinger anti-aircraft missiles, which helped them blunt much of the Soviet air war. The West employed public diplomacy and covert aid to oppose martial law in Poland. The West publicly embarrassed the USSR over the KAL-007 shootdown.

By comparison, the West's response to the current Russian challenge is less potent. NATO members train Ukrainian soldiers and the United States supplies modern Javelin anti-armor systems, but these missiles have yet to be used in battle. America has withdrawn from the INF Treaty, but NATO does not plan to install new land-based nuclear-armed INF missiles in Europe. The West relies on sanctions and counter-propaganda to discourage Russian political warfare, and public shaming and legal steps to obtain redress for those killed in MH-17.

Does this weaker response diminish Western leverage to change Moscow's behavior? Perhaps, but this may not be the most important factor.

In the 1980s internal weakness was the main driver for Gorbachev's campaign to upgrade ties with the West. The economy he inherited could not even feed its people. Gorbachev embarked on major changes but within the straitjacket of a communist economic and political system. His attempted measures—“acceleration,” “perestroika” (reform), and “glasnost” (openness)—were half-measures, erratic or unwise. They were too little, too late, and in 1991 the Soviet Union collapsed.

Kremlin leaders today have a richer set of choices to overcome stasis. Russia has elements of a market economy with substantial private property. It is upper middle income as defined by the World Bank. Russians have far more valued links with the West—economic, cultural and people-to-people. After independence Russia gained years of democratic experience. Reformers and reforms that could revitalize the country and its economy are well known.

As in the 1980s, the future course of relations with the West may depend less on its leverage and more on whether Russia improves its own fortunes. The current leadership has the capacity to do this. However, if instead stasis akin to the late Soviet era persists, in time reform pressures could build and thrust Russia onto a higher path.

This commentary originally appeared on The Hill on March 22, 2020. Commentary gives RAND researchers a platform to convey insights based on their professional expertise and often on their peer-reviewed research and analysis.