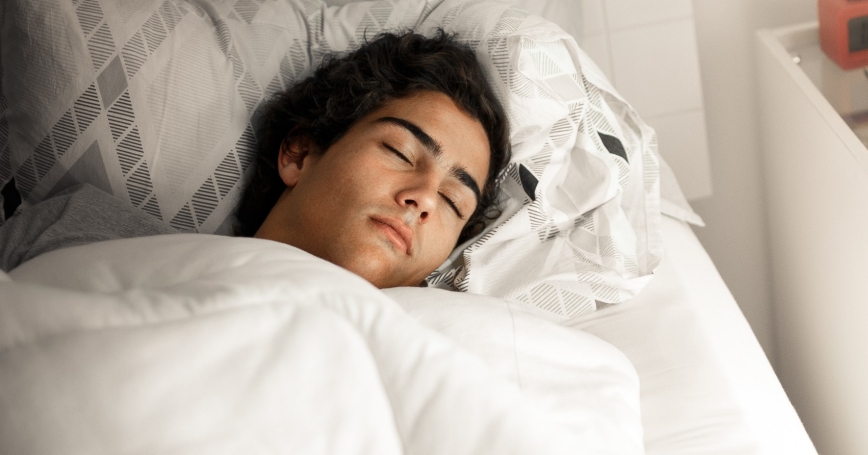 On Feb. 18, I had the opportunity to provide expert testimony before the Utah Senate as it considered, and ultimately, unanimously approved state Rep. Suzanne Harrison's resolution, which urged school districts and charter schools to consider the possible benefits and consequences of a later start to the school day for high schools. I'd like to take this as an opportunity to share a shortened version of my Senate testimony.

Sleep deprivation among American teens is a major public health problem. Only about one in 10 gets the optimal 9.25 hours of sleep per night recommended by sleep scientists and pediatricians. There are many factors contributing to this problem, including technology, busy social lives and academic pressures. But at the policy level, there is one factor that is directly contributing to how much, or in actuality, how little sleep our teens are getting—early school start times.

Around the time of puberty, adolescents experience a delay in their biological clock which determines when teens feel most awake and when they feel sleepy. This is driven in part by a shift in the release of the hormone melatonin. This means teenagers are biologically programmed to stay awake later and sleep in later. For most teens, if they are required to get to class by 7:35 a.m., they simply cannot get the amount of sleep that their developing brains and bodies need to function optimally.

Studies have shown that teens with insufficient sleep show impairments in learning and memory, and many will even show behavioral signs that mimic attention deficit hyperactivity disorder. But the consequences go well beyond the classroom, contributing to many of the mental health problems, such as depression, substance use and suicide, that skyrocket in adolescents.

The consequences of insufficient sleep go well beyond the classroom, contributing to many of the mental health problems, such as depression, substance use and suicide, that skyrocket in adolescents.

The scientific evidence supporting later school start times for adolescents is unequivocal. Teens in school districts with later start times get more sleep. Many people believe that if schools start later, teens will just stay up later, but that's simply not what the research shows. Their bedtimes stay the same, but their wake-up times get extended, resulting in more sleep. Teens are more likely to show up for school, and they do better academically. One study showed that standardized test scores in math and reading go up by 2 to 3 percentage points, with even stronger benefits for the most disadvantaged students—this has real implications for reducing the achievement gap. Teens' mental and physical health improves. Even their communities are safer, because car crash rates go down—a 70 percent reduction in one school district.

Changing school start times presents many logistical challenges, including concerns about the potential costs associated with delaying start times, which often stem from changes in transportation or busing issues. And while potential costs need to be considered at the district level, our published RAND work has shown that a delay in school start times could result in significant economic gains to the broader U.S. economy by improving teens' academic performance and lifetime earnings and reducing drowsy driving crashes. Other logistical challenges, such as the impact on child care and extracurricular activities, also need to be addressed by school districts that are considering a start time change. Research from schools that have delayed their start times may be a helpful resource in this discussion.

In summary, the evidence clearly shows that delaying schools' start times is not only in the best interest of teenagers' health and academic performance, but it also can make good economic sense.

This commentary originally appeared on The Park Record on March 4, 2020. Commentary gives RAND researchers a platform to convey insights based on their professional expertise and often on their peer-reviewed research and analysis.