Be Wary of Proposals for Less Defense Budget Transparency 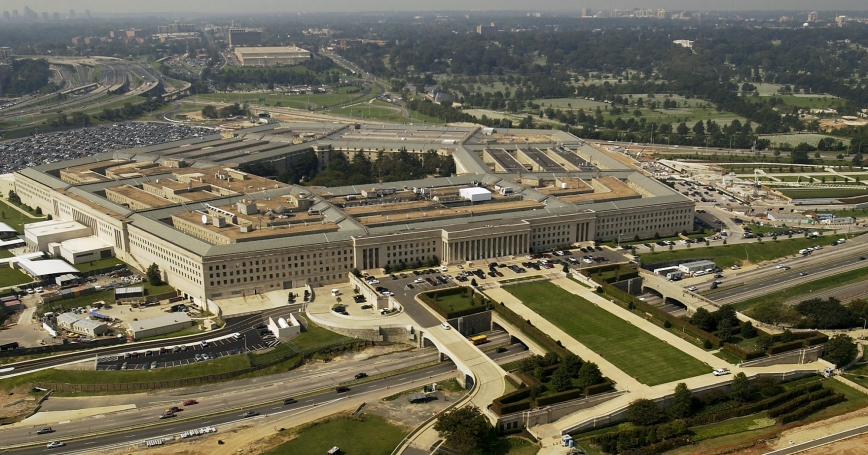 While America is asking whether the United States has set the right balance between defense spending and public health and other domestic priorities in the fight against COVID-19, the Defense Department wants to hide information about its future plans.

The Pentagon has asked Congress to end the requirement that it make public an unclassified version of the Future Years Defense Program (FYDP), the department's budget plans for at least the next five years. The details of the defense budget may seem unimportant in the midst of the ongoing public health crisis, but this information could be central to the longer-term discussion about federal budget priorities.

Even before this crisis, many in the national security community were questioning whether current defense plans are sustainable and exploring options for how to stabilize or reduce the defense budget. Politicians on both sides of the aisle have also started asking questions about the U.S. role in the world and the defense budget that flows from it. This has included critiques of U.S. alliances and the country's long-running wars. In the wake of the pandemic, more Americans may call for reexamining national priorities.

Unclassified information about DoD's current plans will help the country weigh options such as sustaining the current defense budget, shifting priorities within it, or significantly shrinking it by rethinking the U.S. approach to the world. For example, unclassified FYDP information allows the Congressional Budget Office to publish its independent projections (PDF) of the future size of the defense budget given DoD's current plans. External analysts, journalists, and politicians also use FYDP data to help the public make sense of and evaluate DoD's large and complex budget.

The need for unclassified information and analysis is growing at the same time that DoD has been making a range of information less accessible. For example, DoD has classified or restricted access to information such as U.S. troop levels in Iraq, Afghanistan, and Syria; Afghan national defense and security forces (PDF); and naval safety data. Former Secretary of Defense James Mattis also restricted senior leader engagements with the public and discouraged discussions of readiness problems.

DoD worries that U.S. adversaries may be able to combine unclassified FYDP data with other information to gain insight into and counter sensitive U.S. programs. But U.S. adversaries already have many ways to understand the types of investments the United States is making through open sources, intelligence collection, and their own analysis of the military implications of emerging technologies. For example, U.S adversaries have used cyber operations to gain technical information (PDF) about the F-22 and F-35 aircraft and other high-end systems. They didn't use public sources to get it. DoD has not yet made a clear case that unclassified FYDP information significantly aids U.S. adversaries beyond these other methods. Classifying this budget information is likely to hurt U.S. taxpayers more than U.S. adversaries.

The United States has long grappled with the reality that our transparent processes make the adversary's job of information collection easier. For example, during a National Security Council meeting during 1975 arms control negotiations, U.S. leaders remarked that Soviet leaders could gain information about sensitive U.S. nuclear programs from Aviation Week magazine. But they also went on to joke that public reporting would make it easier to show U.S. compliance with the arms control treaties they were negotiating, acknowledging that transparency can actually help enhance U.S. security in some cases.

As with the Soviet Union during the Cold War, Russia and China today both restrict information to control their populations and to compete with the United States. Then as now, U.S. democracy was designed to take a different approach. One scholar has even made the case that aspects of American institutions that were thought of as competitive weaknesses in the Cold War, such as lower rates of taxation and less government control over the economy, actually gave the United States a competitive advantage. This might remind current U.S. leaders that in addition to ensuring freedom and accountability at home, an open and flexible U.S. system can also make us more secure.

A few politicians on both sides of the aisle have already expressed concerns about DoD's initial proposal to eliminate the unclassified version of the FYDP. As DoD continues to make its case, Congress may ask whether the risks of an unclassified version of the FYDP outweigh the benefits of open publication. Although some information needs to be classified, the value of transparency for public debate and oversight in a democracy outweighs the marginal intelligence gains to U.S. adversaries.

Miranda Priebe is a political scientist and director of the Center for Analysis of U.S. Grand Strategy at the RAND Corporation, a nonprofit, nonpartisan research organization.

This commentary originally appeared on Breaking Defense on April 28, 2020. Commentary gives RAND researchers a platform to convey insights based on their professional expertise and often on their peer-reviewed research and analysis.