During Coronavirus Pandemic, Can Congress Members Do Their Jobs by Teleworking? 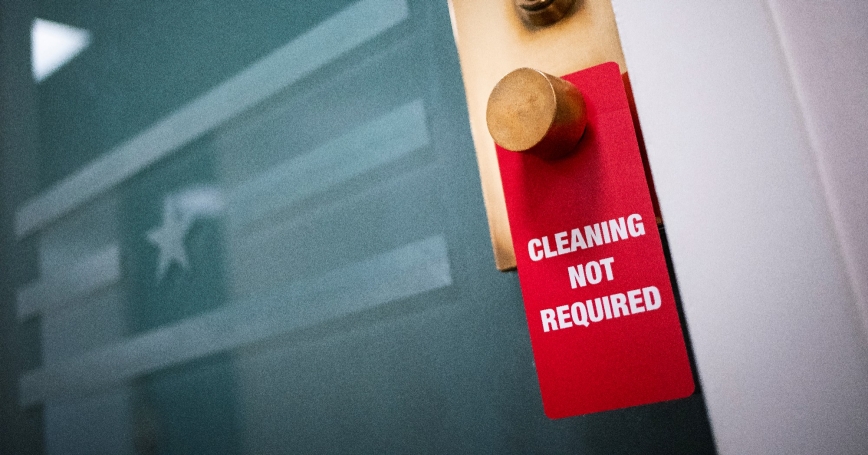 While millions of Americans bow to the threat of COVID-19—the respiratory disease caused by the coronavirus—by staying home and teleworking, it's worth asking if the nation's lawmakers should do the same.

Growing numbers of House of Representatives members and senators are calling for such a change so they can carry out their duties remotely and not expose themselves, their staff members, and journalists to the disease that has stricken nearly 1.2 million people around the world and over 300,000 in the United States.

There have been about 64,000 COVID-19 deaths globally and more than 8,000 in the United States. And in most of the country—including the nation's capital—state and local governments are telling people to stay at home and not gather in large groups.

Sen. Rand Paul, R-Ky., tested positive for the coronavirus and stayed away from the Senate for the historic vote on a $2.2 trillion economic stimulus bill passed to deal with the coronavirus pandemic.

Paul isn't the only member of Congress to test positive for the coronavirus. In the House, members who have said they tested positive include Reps. Joe Cunningham, D-S.C.; Mike Kelly, D-Pa.; Nydia Valazquez, D-N.Y.; Ben McAdams, D-Utah; and Mario Diaz-Balart, R-Fla.

And over two dozen members of the House and Senate self-quarantined after saying they had been near someone with coronavirus and feared they may have contracted COVID-19. Acting responsibly, they said they didn't want to take the chance of spreading the disease to anyone else.

A politician's life consists of interaction with the public and other politicians, so more members of Congress could easily fall ill, especially if they gather together in meeting rooms and on the House and Senate floors.

And many members are in their 60s and 70s, putting them at greater risk of serious illness and death than their younger colleagues if they come down with COVID-19. A report (PDF) in March by the Congressional Research Service said the average age of current House members is 57.6 years and the average age of senators is 62.9 years.

The two oldest current members of Congress are Sen. Dianne Feinstein, D-Calif., and Rep. Don Young, R-Alaska. Both are 85.

While under current rules in the House and Senate members must show up in person to cast votes in each chamber, each body could vote to change its rules to allow remote voting.

Interest in remote voting is bicameral and bipartisan.

Each congressional body could vote to change its rules to allow remote voting.

Massachusetts Democratic Rep. Jim McGovern has sought temporary changes to the rules that govern the way the House conducts its business, and he has been petitioned by 67 of his colleagues to allow for remote voting. But the idea has since been tabled.

While it may seem a bit churlish to raise security concerns at this time of national crisis, it is worth taking a brief pause to consider whether and how Congress can safely and securely conduct the nation's business away from the Capitol.

We certainly have the technology to allow Congress to conduct most of its business remotely, as many Americans are learning as they work from home, plug in their headphones, and log into virtual meetings through platforms like Zoom, GoToMeeting, and Microsoft Teams.

The business of Congress could be a particularly attractive target for those who would seek to disrupt American democracy, whether through denial of service attacks on these services or—even worse—using deep-fakes and other artificial intelligence–enabled technology to impersonate members of Congress.

In the Senate, bills are voted on generally through a roll-call vote. For the House, however, a roll call of 435 members is arduous and time-consuming, so it most often relies on electronic voting in the chamber when needed.

This only accounts for the bills once they have passed through a relevant committee, which also would need to hold votes. If Congress is to continue functioning even as more of its members fall ill or self-quarantine, it could consider prudently, but expeditiously, how it can support telework for its members and staff.

To ensure the integrity of congressional voting processes, a strongly encrypted connection for every member would be required. One potential option to do so is through the Department of Homeland Security and its Cybersecurity and Infrastructure Security Agency, which provides priority access to telecommunications networks in times of crisis.

To ensure the integrity of congressional voting processes, a strongly encrypted connection for every member would be required.

These programs were designed with relatively short duration contingencies in mind— such as during natural disasters—and focus on ensuring call completion when lines are congested, as they were in the immediate aftermath of the terrorist attacks on Sept. 11, 2001.

The Department of Homeland Security could work with Congress to ensure that such access can also be provided to support the ongoing business of the legislature.

Some congressional business, however, involves classified information and exchange with the executive branch.

Unlike senior leaders at the Pentagon, the White House, and a few other agencies, members of Congress do not have routine secure access to this information outside the Capitol buildings. The Department of Defense has facilities around the country that do have such access, though not uniformly distributed in all 50 states.

The Pentagon has instituted social distancing for its workforce, but it could provide some access to key members of the congressional leadership and the committees, such as through the Joint Reserve Intelligence Centers (PDF).

Throughout its history, the United States has continued democratic processes in the midst of major crises, including World Wars I and II. The COVID-19 pandemic presents a new challenge to how Congress conducts business, but by prudently leveraging existing technologies lawmakers could continue to take action safely and securely.

Quentin E. Hodgson is a senior international and defense researcher at the nonprofit, nonpartisan RAND Corporation.

This commentary originally appeared on Fox News Channel on April 5, 2020. Commentary gives RAND researchers a platform to convey insights based on their professional expertise and often on their peer-reviewed research and analysis.