North Korea After Kim Jong Un: 'How' Matters More Than 'Who' 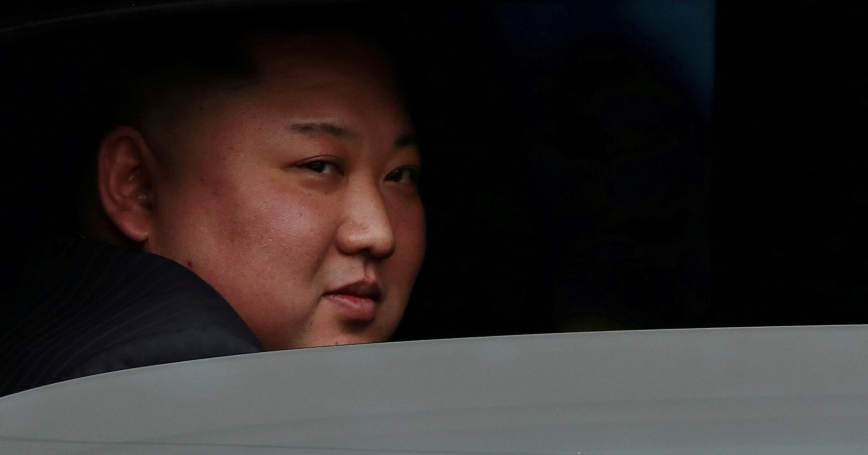 North Korea's leader Kim Jong Un sits in his vehicle after arriving at a railway station in Dong Dang, Vietnam, at the border with China, February 26, 2019

With rumors swirling that Kim Jong Un has suffered a health crisis, some are already asking who might succeed him as leader of North Korea. Kim's younger sister Kim Yo Jong, his estranged uncle Kim Pyong-il or even a military junta have been mentioned as possibilities.

But who is not the most important question. What will matter more is what the new regime does to establish its legitimacy and how the United States and its allies respond.

At the top of the agenda for all sides, of course, is North Korea's nuclear weapons program. If Kim Jong Un does die, Pyongyang's new leader will need to consolidate their power and keep at bay any external challenges, which will spell greater uncertainty, particularly surrounding the fate of the program.

Pyongyang's nukes and ballistic missiles have guaranteed the survival of the Kim regime, however crippled, for three generations. Within North Korea, the nuclear deterrent has been portrayed as a symbol of national achievement. Externally, it has boosted the efficacy of its blackmail tactics toward its neighbors in Seoul and Tokyo.

So any new North Korean leader who needs internal legitimacy and international recognition seems likely to calculate that retaining or expanding the nuclear weapons program will help.

More nuclear testing and development, of course, requires the financial wherewithal to pay for it. Pyongyang would have to continue to rely on its illicit networks and sanctions-evading tactics to drum up the revenue and sustain the leadership's lavish lifestyle.

A new regime will also need complicit international sponsors, so in the early transition stages, we may see a diplomatic offensive. Reaffirmation of ties with China, Russia, and other like-minded countries, balanced with a calibrated carrot-and-stick handling of South Korea, may help the new North Korean leader establish their international presence and legitimacy.

China, for its part, has its own strategic interests to consider. Given the strong U.S. alliances with South Korea and Japan, North Korea has been a handy buffer state. China has tolerated North Korea's nuclear capabilities so long as these did not pose a threat to Beijing's own stability, kept the Kim regime from collapse and worked to weaken U.S. influence in the region. Beijing's opposition to harsh international sanctions and its continuing trade with Pyongyang have helped sustain the North Korean regime for years.

With U.S.-China tensions high now over trade issues and the fallout from the new coronavirus outbreak, China may be particularly keen to preserve its own influence over any future North Korean leadership.

If China decides to involve itself in bolstering a new North Korean regime, that could pose new security challenges.

This may mean more meddling in U.S.–North Korea relations, or more pressure on Washington for trade and political concessions in exchange for using its leverage over Pyongyang's nuclear program. Indeed, if China decides to involve itself in bolstering a new North Korean regime, that could pose new security challenges to Washington, Seoul, and Tokyo.

Ultimately, the critical question about a post–Kim Jong Un North Korea will be how: how will the United States and its allies react? How will they respond to an expanding nuclear arsenal and advancing missile capabilities, not to mention more skirting of sanctions?

The initial response likely will establish the tone of relations going forward. Tempting as it may be to reset relations on the path toward normalization, there are hazards to even exchanging pleasantries with any successors.

Such activities may lend the appearance of progress in repairing relations with North Korea, but in the long run they can also provide North Korea with justification for continuing its nefarious activities, no matter who leads the next regime.

If Kim's successor stays on the course of nuclear blackmail and extortion, an alternative approach might be a policy that ignores Pyongyang's provocations. This may not be what the North Korean regime expects from the United States and like-minded partners; usually, nuclear threats and harsh rhetoric have elicited a response from Washington.

A nonresponse, even rebuffing, might convey a different message: the United States will no longer tolerate this recycled pattern of provocation, extortion, and dialogue.

Soo Kim is a policy analyst at the nonprofit, nonpartisan RAND Corporation and former CIA analyst.

This commentary originally appeared on Nikkei Asian Review on April 29, 2020. Commentary gives RAND researchers a platform to convey insights based on their professional expertise and often on their peer-reviewed research and analysis.