Pandemics and the U.S. Military: Lessons from 1918 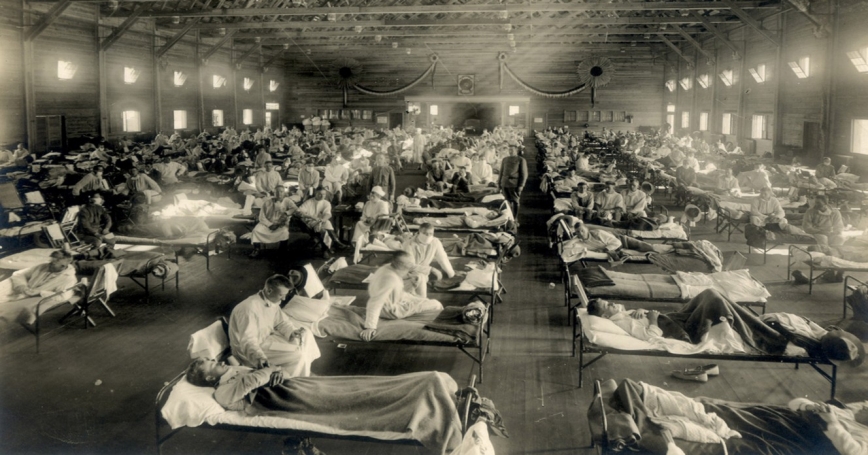 Soldiers at Camp Funston, Kansas, are quarantined while recovering from the Spanish flu in 1918

The novel coronavirus will hit the U.S. military and its allies hard, as already there have been outbreaks at the Marine Corps boot camp at Parris Island and on the aircraft carrier USS Theodore Roosevelt. How hard will depend on a number of variables—some having to do with the virus itself (how and to what extent it mutates, whether it comes back in subsequent waves, etc.) and others having to do with what measures militaries take to protect themselves. But it would be foolhardy to underestimate the damage COVID-19 could do.

Fortunately, we have a historical example that could offer some clues on how the virus might affect the military, the kinds of policies that might exacerbate or mitigate the pandemic's impact, and the policy choices that at some point today's military leaders may face. I am speaking, of course, of the 1918 influenza epidemic—commonly referred to as the Spanish flu, although experts agree it had nothing to do with Spain. They are not, in fact, sure where it came from, though the outbreak in the United States clearly began in March 1918 in Kansas, and from there it spread to Europe thanks in large measure to the flow of U.S. troops to France....

This commentary originally appeared on War on the Rocks on April 1, 2020. Commentary gives RAND researchers a platform to convey insights based on their professional expertise and often on their peer-reviewed research and analysis.