Reactivating Retirees for Police Service in Times of Crisis 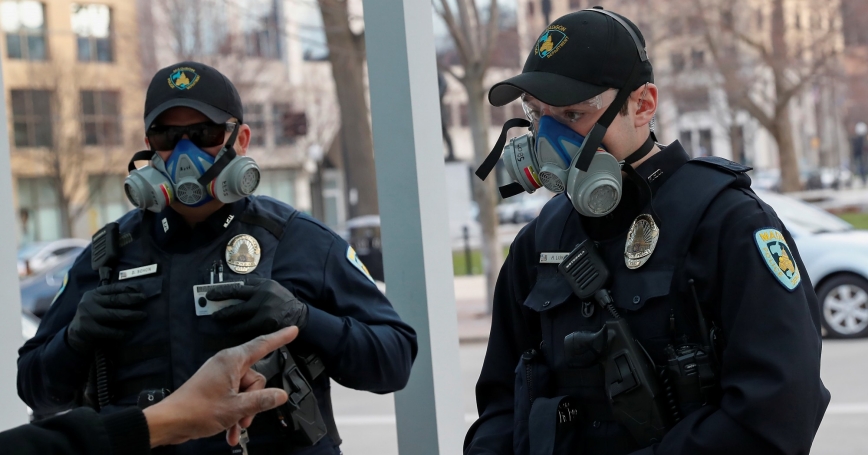 As a result of the COVID-19 pandemic, an increasing number of police officers and deputies have been exposed or tested positive for the coronavirus. Instead of relying on existing resources, gaps in personnel coverage could be filled by easing restrictions on the hiring of retired police officers. Using processes similar to those being implemented for doctors and nurses, the police could return thousands of retired cops to service quickly to fill critical needs.

Most, if not all, agencies have already redeployed investigators into field duties and worked on shift schedules that can survive short-term staffing needs. Some have even begun to incorporate a home-isolation schedule for sworn staff to limit exposure from one officer to another, and to ensure the department can continue to operate, if they lose 15 percent, 20 percent, or even 30 percent of their cops.

Should the pandemic endure, and if it spikes again in the future, how far can people be stretched before they aren't capable of providing basic police services? One solution could be to follow the lead of states that have streamlined processes to allow retired healthcare workers to return to work.

In Pennsylvania, the governor recently announced the state was enacting a series of temporary licensing waivers for healthcare professionals to provide support to frontline medical personnel, and to expand the use of telemedicine to provide care. California is also looking to relax the rules governing the scope of practice to free up more doctors and nurses. The state's Medical Association is surveying retired members who may be able to help treat the wave of patients. The Veterans Administration is also expediting hiring processes and modifying compensation rules so retirees don't have to give up benefits to start assisting at VA facilities. Taking heed of these lessons, law enforcement leaders could consider ways to clear a path to bring retirees back to work to support public safety.

There are hundreds to thousands of police retirees in every state. Most would probably love to contribute in meaningful ways to public safety.

There are hundreds to thousands of police officer retirees in every state. Most retirees, right now, would probably love to contribute in meaningful ways to public safety. Many police departments are struggling to fill positions, and have pulled back from non-critical duties and investigative follow-up to reported crimes. What if there was a way for the retiree to really help at the local level? What if they could sign up, suit up, and go to work in their local police department to relieve their agency's staffing woes?

If there were ways to make this happen, the number of cops could grow quickly in ways that could ease the burden on those who work to protect the public. Making that happen could require modifying hiring practices, recertifying officers and placing them in duties that full-time cops don't see as hindering their work.

There are limits on the types of employment and number of hours public safety retirees can work. There are also regulations requiring a retiree or out-of-state officer to qualify or requalify for employment as a peace officer in that state. The requalification process often takes weeks, as does the hiring process.

To speed the rehiring of retired cops, agencies could:

With these steps, it seems possible that staffing in police departments could increase by as much as 10 percent in a month, and be sustained for as long as the state of emergency exists. Once a “new normal” is achieved, police agencies could also consider ways to retain this emergency corps via a National Guard-like process. Departments could develop periodic weekend training to retain retiree skills, and have them ready for the next emergency declaration.

In the short term, such a plan could help address the problem at hand. In the long term, it could transform the ways departments and officers think about “retirement” so that retirees could be ready to return to active duty when emergencies arise.

Bob Harrison is an adjunct researcher at the nonprofit, nonpartisan RAND Corporation. A retired police chief, he consults with police agencies on futures issues, innovation, and strategy. He also teaches police futures, strategy, and written skills to managers.

This commentary originally appeared on Police One on April 2, 2020. Commentary gives RAND researchers a platform to convey insights based on their professional expertise and often on their peer-reviewed research and analysis.