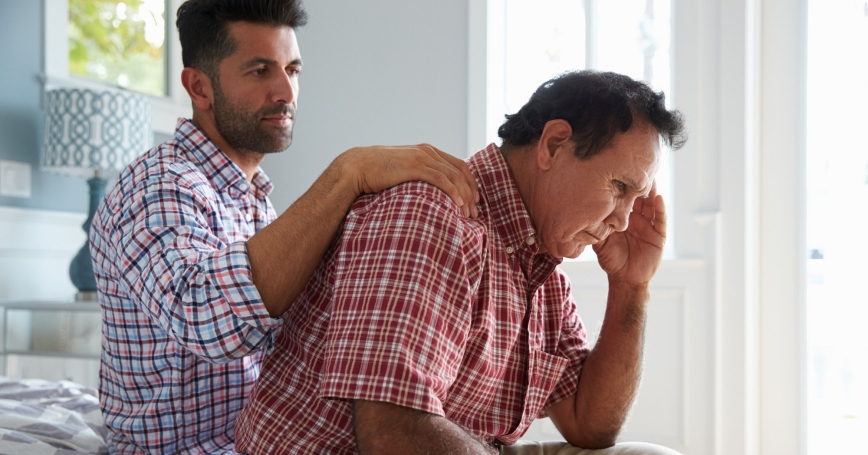 On Feb. 24—the same day that the CDC said that there were 15 confirmed cases of coronavirus disease 2019 (COVID-19) in the U.S.—the Inadmissibility on Public Charge Grounds final rule was implemented nationwide.

Within a few weeks, as the grim reality of COVID-19's consequences began facing us, and after pressure from lawmakers and advocates, the U.S. Citizenship and Immigration Services agency issued a statement indicating that treatment or preventive services for symptoms resembling COVID-19 would “not affect any alien as part of a future Public Charge analysis.” However, it seems very likely that this move does not go nearly far enough to protect our nation during an epidemic as vicious and as far-reaching as COVID-19.

The Public Charge rule makes immigrants who receive Medicaid and other publicly funded benefits such as food stamps and housing assistance potentially ineligible for green cards and visas, and, in some cases, subjects them to deportation.

The rule was published in the public register in October 2018, after months of anticipation, and was followed by a public comment period of 60 days, during which the Department of Homeland Security received more than 266,000 comments.

The policy was scheduled for implementation on Oct. 15, 2019, but district judges in five states issued injunctions blocking its implementation. In January and February 2020, the U.S. Supreme Court removed the remaining injunctions, allowing the policy to go into full effect.

The rule has instilled fear in immigrant communities who have already been wary of accessing health coverage, long before the rule went into effect and even in cases where the rule does not apply. For example, an Urban Institute survey of non-elderly adults in immigrant families in December 2018, while the rule had not been finalized nor implemented, found that one in seven elected to not participate in a noncash government benefit program in 2018 because they feared hurting their or their families' green card application. And these chilling effects were even worse among families with children under age 19, even though the rule only directly applies to adults. Anecdotal evidence has appeared that the ruling has precipitated suicides among a handful of refugees and asylum seekers, even though these are two types of immigrants who are exempt from the ruling.

Fear and reluctance to seek assistance among immigrants is likely to persist and worsen with the growing COVID-19 epidemic.

This climate of fear and reluctance to seek assistance among immigrants is likely to persist and worsen with the growing COVID-19 epidemic. Recognizing this, the U.S. Citizenship and Immigration Services agency issued a lengthy alert that explains how the Rule “does not restrict access to testing, screening, or treatment of communicable diseases, including COVID-19.” The alert even indicates that immigrants who lose jobs because of COVID-19 social distancing measures and have to access public benefits could explain and justify this in their green card applications and this would be taken into consideration, “to the extent relevant and credible.”

Nevertheless, such assurances are unlikely to dissuade immigrants from seeking help, with potentially dire consequences for our nation's public health, especially as non-citizen immigrants are more likely than citizens to work in low-wage jobs without health insurance and paid sick leave and that do not allow for remote work, making them among the most vulnerable in this current epidemic.

In October 2018, the Department of Homeland Security acknowledged in its description of the proposed rule that many immigrants and possibly U.S. citizens will be affected, noting various negative effects, including, “worse health outcomes,” as well as “increased use of emergency rooms,” “increased prevalence of communicable diseases,” “increases in uncompensated care,” “increased rates of poverty and housing instability,” and “reduced productivity and educational attainment.” In the context of COVID-19, however, such negative effects will likely be amplified and catastrophic—not only for immigrants but for our nation as a whole.

Now just five weeks after the implementation of the Public Charge Rule, we've gone from cases in the double digits to those in the six digits and counting. Models predicting between 100,000 to 200,000 deaths in the U.S. from COVID-19 have charted our new normal. If large swaths of immigrants in the U.S. are afraid to get testing, screening and treatment for COVID-19, these predictions will only become grimmer and more devastating for our nation. Assurances to immigrants that accessing health care services for virus testing and treatment won't be held against them very likely isn't enough; suspension of the Public Charge Rule in its entirety would seem to be needed to truly protect public health for us all.

Kathryn Pitkin Derose is a senior policy researcher at the nonprofit, nonpartisan RAND Corporation and a professor of health policy at the Pardee RAND Graduate School.

This commentary originally appeared on The Hill on April 3, 2020. Commentary gives RAND researchers a platform to convey insights based on their professional expertise and often on their peer-reviewed research and analysis.