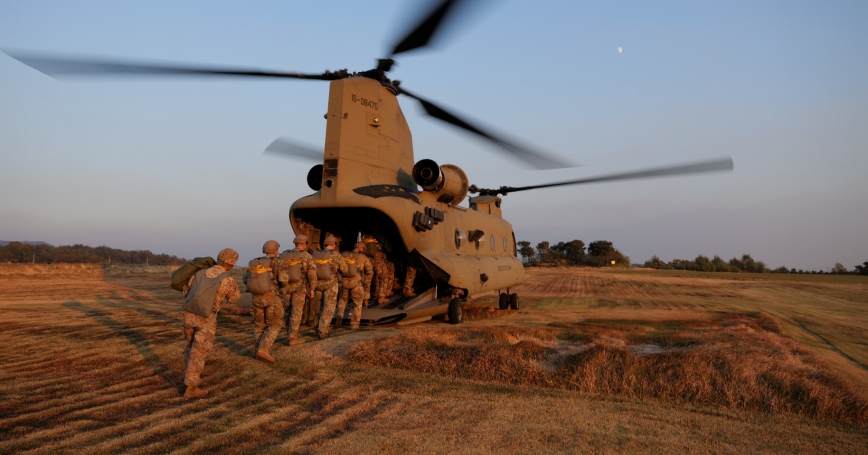 They say timing is everything. In strategy, knowing the opponent's timing, and—more critically—capitalizing on that timing when your opponent least expects it can be pivotal in securing victory. And when it comes to shedding light upon the second- and third-order implications of the transition of wartime operational control (OPCON) on the Korean Peninsula, the timing is demonstrably crucial for all parties, both political and military.

For President Moon Jae-in, the restoration of OPCON transition from the United States to South Korea is tethered to the end of his five-year presidential term in 2022. Proponents of this plan underscore the 2022 transition as a prerequisite for achieving Seoul's “military sovereignty” and shedding its image as a junior partner to Washington. This argument, however, rests more on the foundation of national pride and historical memory than on the actual security implications of the transfer. U.S. and South Korean defense experts have expressed concerns that Seoul may be moving forward and acquiescing to insufficient testing conditions and capabilities to meet this self-imposed deadline. Detractors also point out that South Korea's push for a precipitous completion of OPCON transition risks undermining the U.S.-ROK alliance—which, as recent deadlocked negotiations over the new Special Measures Agreement (SMA) have shown, may face an uncertain future. There are also structural problems with the transfer that if overlooked or addressed only partially, could create challenges to Seoul's ability to seamlessly assume and execute wartime OPCON.

Take, for instance, the dozen or so joint U.S.-ROK exercises that were either canceled or scaled back last year to create a more conducive diplomatic atmosphere for nuclear negotiations with North Korea. The implicit expectation of the scale-down in exercises was that the North Korean regime would extend reciprocal diplomatic gestures and reduce military tensions by canceling its own military exercises. North Korea has met neither expectation. And while some maintain that computer-based simulations and more limited exercises can serve as effective substitutes, military experts continue to stress the importance of live exercises for achieving interoperability, combat readiness, and allied deterrence. If anything, there is likely a need for more exercises between the allies to verifiably test the post-OPCON security environment.

Concerns regarding the capabilities and command structure of South Korean forces also raise questions about the readiness for OPCON transition. South Korea remains dependent on the U.S. military for intelligence, surveillance, and reconnaissance (ISR). And while some experts assure that South Korea's defense budget will provide greater investment in ISR assets and early warning systems, others express grave concerns that its defense buildup may be halted under the conditions laid out in the September 2018 Inter-Korean Comprehensive Military Agreement. Under the agreement, the two sides are to consult with each other in a joint committee about any plan that could be construed as a hostile military act—and Pyongyang would no doubt see Seoul's buildup of ISR capabilities as hostile to its security. And at the tactical level, South Korea lacks the ability to seamlessly conduct joint operations within an integrated command structure. Inter-service coordination at the lower levels remains stovepiped, leading some experts to question whether South Korea could successfully make the leap to seamlessly coordinate wartime actions with the United States and the militaries of other countries participating in the UN command.

Experts also voice concerns that Washington-Seoul discord over the threat from Pyongyang and the inability to bridge differences in the stalled SMA negotiations on defense cost-sharing could weaken the allies' joint defense and readiness against North Korea's nuclear provocations and conventional military threat. While South Korea tends to downplay the North Korean threat and remains flexible in making concessions to salvage any momentum for dialogue with the Kim regime, the United States remains skeptical of North Korea's intentions. Meanwhile, the United States is demanding that South Korea pay nearly $4 billion annually to maintain U.S. Forces Korea (USFK)—a quadruple increase from the amount paid last year. Recently, USFK began sending furlough notices to 4,000 South Korean employees after Washington and Seoul failed to reach an agreement after seven rounds of cost-sharing negotiations.

As events in recent weeks have shown, states are confronting increasingly complex, latticed challenges that transcend military, public safety, medical, geoeconomic, and ethical delineations. These problems deeply underscore the need for both competent and sophisticated indigenous capabilities, as well as for an expansive network of reliable alliances.

As Washington and Seoul continue to examine the feasibility and conditions for OPCON transition, decisionmakers will likely face political pressure on timing. It may well be to the advantage of both allies that the determination of the transfer be driven by a hard, thorough diagnosis of military capabilities against emerging threats.

Soo Kim is a policy analyst at the nonprofit, non-partisan RAND Corporation and a former CIA analyst.

This commentary originally appeared on Council on Foreign Relations on March 31, 2020. Commentary gives RAND researchers a platform to convey insights based on their professional expertise and often on their peer-reviewed research and analysis.