What Do You Do with a Problem Like COVID-19? 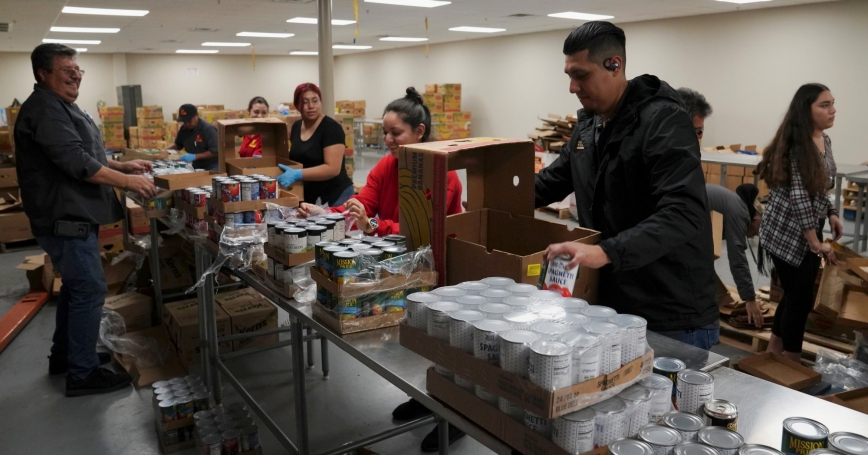 Like many parents, I've spent a lot of time reading to my unexpectedly homeschooled, preschool-age daughter over the last couple of weeks. One of her favorite books is "What Do You Do with a Problem?," a delightful tale of a young child who confronts an anthropomorphized “problem” and learns that the only way to deal with it, is to tackle it head-on. The child learns that “every problem has an opportunity for something good. You just have to look for it.”

I have been thinking a lot about this message in the context of the COVID-19 pandemic—and wondering whether, amid all the fear and suffering, this problem too presents an opportunity.

The United States was sick, at least in spirit, long before the COVID-19 outbreak. Over the last several decades, Americans' trust in their government and its institutions crumbled. According to Gallup polling, in 2019, only about a third or fewer of Americans surveyed expressed “a great deal” or “quite a lot” of confidence in practically every building block of American society—the presidency, Congress, Supreme Court, the criminal justice system, religion, big business, organized labor, public schools, television news, newspapers, and the medical system.

Only the military—and to a lesser extent small business and the police—maintained the significant trust of those polled, a civil-military imbalance that arguably creates its own problems.

Beyond that, the value of truth and expertise, the common bedrock of sound policymaking, was decaying in American society. The line between fact and opinion was becoming increasingly blurred and to the extent the two remained distinct, the volume of the latter was drowning out the former. Moreover, the should-be sources of fact—the expert class—had lost their credibility and their authority.

Opinion surveys indicate that partisan affiliation is becoming the dividing line in American society, more so than race or religion.

Above all, perhaps, American society was becoming increasingly polarized, driven to the fringes of the political spectrum. Opinion surveys indicate that partisan affiliation is becoming the dividing line in American society, more so than race or religion. One study even found that while Americans increasingly accept interracial and same-sex marriages, more Americans disapprove of political intermarriage now than they did 60 years ago.

COVID-19 might present an opportunity to correct some of these ills.

For starters, the pandemic underscores the importance of government institutions, like the Centers for Disease Control, National Institutes for Health, and the Food and Drug Administration. Gallup polling shows that Americans generally approve of and trust the government response to the crisis to date.

More importantly, the disease highlights the critical role that so many professions play in society—outside the military. Most notably, it shows the everyday heroics of the health care professionals, as well as those who serve with less fanfare—from the trucker who ensures the supermarkets remain stocked to the postal employees who have become the lifelines for those of us now functionally bound to our homes.

The pandemic also emphasizes the vital role that facts play in sound policymaking.

In Pew polling from mid-March, 70 percent of Americans believe that the media has done a good job of covering the outbreak. While about half also report seeing misinformation about the crisis, that should be neither surprising nor is that skepticism necessarily a bad trend, especially given the active Chinese, Russian, and Iranian disinformation campaigns surrounding the pandemic. Most importantly, according to Kaiser Foundation data, despite the misinformation, most Americans still hold relatively accurate perceptions about the virus's course and have internalized (PDF) the public health precautions necessary to stem its spread.

The pandemic emphasizes the vital role that facts play in sound policymaking.

Above all, COVID-19 may be a unifying force in the United States. In late 2018, even the jaded American public believed overwhelmingly across partisan lines that the country would unite together in a crisis. As it turns out, this faith was well-placed. In a political environment where partisan gridlock is more rule rather than the exception, Congress passed a massive $2 trillion stimulus package with overwhelming bipartisan support and stunning alacrity.

Problems, however, are not predictions. One of the more perverse second-order effects of the outbreak is that it encourages factionalism. “Social distancing,” by nature, pits countries against countries, communities against communities, neighbors against neighbors, as people try to insulate themselves from the virus's spread.

In this respect, COVID-19 is a different kind of crisis than Pearl Harbor or 9/11, which incentivized unity, and gets to one of the underlying dangers of disease. As the virus spreads and the fear spreads, it risks tearing at the societal fabric and undoing whatever progress the United States made in restoring confidence in its institutions, reinforcing the value of fact-based policymaking, and bridging its partisan divides.

And so, whether COVID-19 becomes an opportunity or remains just a problem rests with the American people. Amid the chaos and death, the pandemic could offer the nation a chance to heal some of its deeper societal ills. But like the young child in the bedtime book, it is up to all Americans to seek to find the opportunity within the problem, rather than be consumed by it.

This commentary originally appeared on Fox News Channel on April 9, 2020. Commentary gives RAND researchers a platform to convey insights based on their professional expertise and often on their peer-reviewed research and analysis.