What If the Supreme Court Strikes Down the ACA During the COVID-19 Pandemic? 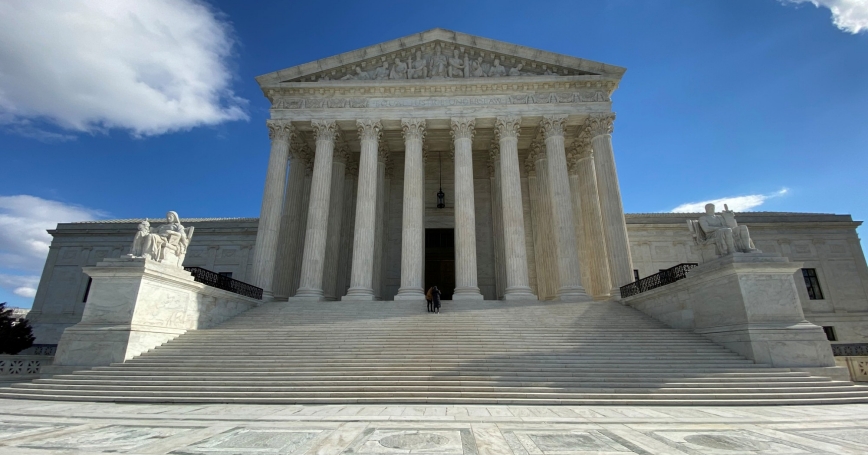 by Christine Eibner and Courtney A. Gidengil

With COVID-19 spreading across the United States, the fate of the Affordable Care Act (ACA) is once again up in the air, hanging on the outcome of a Supreme Court case. Should the law be overturned, upwards of 20 million people could lose their health insurance during one of the deadliest pandemics in modern history.

The case began when the Tax Cut and Jobs Act of 2017 eliminated the tax penalty for failing to carry health insurance. In December 2018, a federal judge in Texas ruled that this change rendered the entire ACA unconstitutional because the Supreme Court had earlier upheld the ACA under Congress' power to tax. After wending its way through the appeals system, the case is scheduled to be heard by the Supreme Court this fall. Assuming that it proceeds as planned (a recent tranche of arguments was postponed), a decision would be expected by June of 2021.

If the individual mandate penalty is eliminated, the constitutionality of the ACA becomes a complicated legal question; challenges to its constitutionality rest on a circuitous argument that legal scholars on both the left and the right have found hard to explain. By contrast, the public health implications of overturning the law couldn't be simpler: If millions of Americans lose their health insurance during the pandemic, the rate of coronavirus transmission could rise and the already heavy burden on hospitals and doctors could increase. This is true for many reasons.

If millions of Americans lose their health insurance during the pandemic, the rate of coronavirus transmission could rise and the already heavy burden on hospitals and doctors could increase.

First, uninsured people with early-stage or mild symptoms may be reluctant to visit a health care provider to seek diagnosis (once testing is more widespread) or treatment (should any become widely available). Lack of a confirmed diagnosis may result in less concern and lower adherence to self-quarantine—and that could worsen spread both within a household and community. Scientists are still developing treatments for COVID-19, but to the extent that earlier treatment staves off complications, lack of early treatment could result in a more severe case of the illness downstream.

Second, a vaccine for the coronavirus is, at best, 12 to 18 months away, meaning that a vaccine is not likely to be available until after the Supreme Court issues a ruling. It also is unclear whether, if a vaccine ultimately becomes available, it will be freely available even to the uninsured. If not, and the ACA is overturned, the resulting loss of health insurance could reduce vaccination rates, leaving more people vulnerable to infections, decreasing herd immunity and increasing the chances that the disease will continue to spread or resurface.

Finally, a lack of insurance will leave some victims of COVID-19 unable to pay for treatment of severe and life-threatening complications, leading to more medical bankruptcies and financial strain. The majority of those at risk of losing ACA coverage are low-to-moderate income individuals currently enrolled in Medicaid or receiving subsidies on the health insurance marketplaces. Treatment for this population is likely to be written off by hospitals and providers as uncompensated care, putting strain on health system finances. This financial burden could be a difficult pill to swallow when providers are putting their lives on the line to treat patients. Making it worse, hospitals are facing lost revenue from canceled elective procedures and visits and the rising costs of treating the virus.

Policymakers across the political spectrum are aware of the potentially disastrous consequences of insurance loss during a pandemic. In mid-March the Trump administration began allowing the use of Section 1135 waivers to make it easier for states to enroll people and providers in Medicaid, the federal and state health insurance program for low-income individuals. (As of March 24, 13 states had been granted such waivers.) The bipartisan Families First Coronavirus Response Act also increased federal funding for Medicaid. At least nine states have reopened their health insurance exchanges so that individuals can purchase health coverage in case they need medical care during the pandemic. All these actions reflect an understanding that uninsured people are less likely to seek care when ill, and thus more likely to inadvertently spread the virus.

The stakes associated with mass insurance loss during the COVID-19 pandemic—including strain on the health care system and increased community transmission resulting in avoidable deaths—could not be higher. If the Supreme Court overturns the ACA, the social burden of COVID-19 could become even more devastating.

Christine Eibner is a senior economist at the nonpartisan, nonprofit RAND Corporation, where she holds the Paul O'Neill Alcoa Chair in Policy Analysis. Dr. Courtney Gidengil is a senior physician policy researcher at RAND.

This commentary originally appeared on The Hill on April 2, 2020. Commentary gives RAND researchers a platform to convey insights based on their professional expertise and often on their peer-reviewed research and analysis.