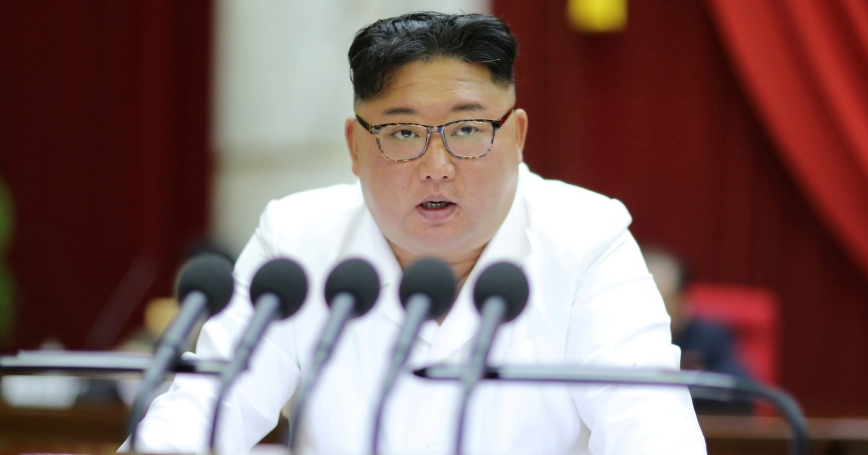 Kim Jong Un speaks during the 5th Plenary Meeting of the 7th Central Committee of the Workers' Party of Korea in this undated photo released on December 29, 2019

How prepared are we, as observers and keen watchers from the “outside world,” for a North Korean contingency?

Should we indeed see a power vacuum in Pyongyang—due either to Kim III's demise or a critical health situation that renders Kim unable to perform as a leader—will our policy toward the DPRK remain largely as-is?

If not, can we extract and glean within the new set of circumstances an opportunity to address and course-correct some of the decontextualization, politicization, and mismatched measures that have not yielded desired fruit in our approach to North Korea? How will we choose to respond and handle another crisis on the Peninsula?

The potential changes in the North Korean regime pose more questions than they give clarity to in the already murky waters of DPRK-watching. Ambiguity, shrouding, and optical illusions are North Korea's bread-and-butter for survival. In a Pyongyang contingency, “objects in mirror will be larger yet smaller, rosier yet gloomier, rougher yet smoother, and more cohesive yet disintegrated than they appear.” All the more reason to proceed with skepticism, objectivity, and humility.

Soo Kim is a policy analyst at the RAND Corporation.

This commentary originally appeared on The National Interest on April 23, 2020. Commentary gives RAND researchers a platform to convey insights based on their professional expertise and often on their peer-reviewed research and analysis.