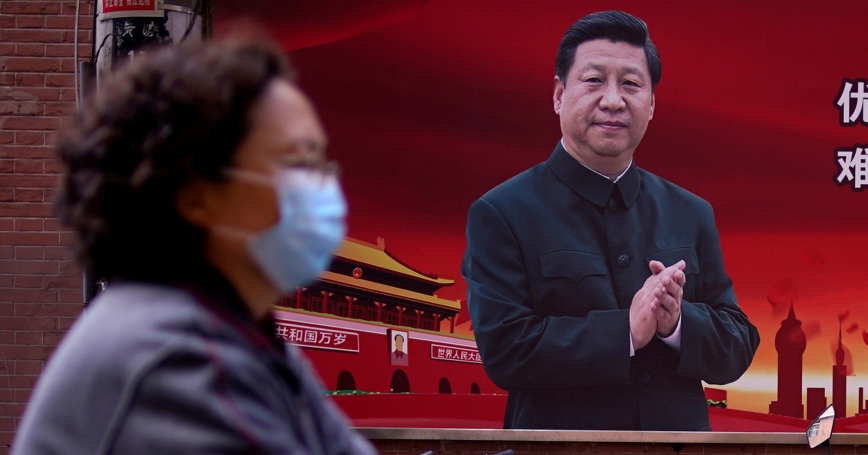 We've seen something like this before. Straight from its well-versed playbook, China has gone on a “charm offensive” to try to make the world forget Beijing's culpability in the coronavirus crisis. This time, the charm offensive comes in the form of masks and ventilators.

A decade ago, it was common to hear China advocate for its peaceful rise. Regional countries had nothing to worry about, or so the narrative went. That charm offensive turned out to be a ruse. By the mid-2010s, China had embarked on an aggressive maritime campaign against its neighbors. Whether it was employing military and paramilitary assets against Japan in the East China Sea or pursuing large-scale artificial island building in the South China Sea, the peaceful rise narrative proved to be a distraction from Beijing's true intentions.

Echoes of this behavior can be seen in China's response to COVID-19 and behavior vis-à-vis its neighbors. Despite China's denial, there is ample evidence to believe that the coronavirus began in China. Early on, Chinese leadership apparently knew the epidemic was out of control. Worse, it hid the extent of the outbreak from the international community, doing everything in its power to cover up its culpability.

To divert the world's attention, China has provided coronavirus-related aid to hundreds of countries that include tens of millions of masks, millions of testing kits, and ventilators, including 1,000 for New York. This makes for good news but belies China's actions against neighbors struggling with the pandemic. In the few short months since COVID-19 began spreading beyond China's borders, China has continued—and in some cases escalated—provocations against its neighbors, both in the air and maritime domains, to challenge sovereignty claims as these states struggle with the weight of the pandemic.

China has gone on a "charm offensive" to try to make the world forget Beijing's culpability in the coronavirus crisis.

Farther north, China has been similarly contentious against its neighbors. The country has conducted an aggressive disinformation campaign against Taiwan, and China's military has been engaging in overtly provocative behavior against the island—making airspace incursions, holding nighttime exercises, and sailing naval ships nearby, including an aircraft carrier.

China has also been relentless against Japan around the Senkaku Islands, a set of small islands in the East China Sea controlled by Japan but claimed by China.

Data show that Chinese vessels entered waters in Japan's contiguous zone around the Senkaku Islands for most of January, February, and March. Chinese ships also went into the islands' territorial waters several times between January and March. These trends are continuing.

Since China's neighbors are all struggling to contain and overcome the economic, health, and societal problems unleashed by COVID-19, China appears to be taking advantage of its neighbors' distraction, while using simplistic “mask diplomacy” to try to get other nations to forget about Beijing's role in the pandemic.

China's Foreign Ministry spokeswoman, Hua Chunying, has denied the accusation that China is trying to take advantage of its neighbors' struggles with the pandemic, saying the country “would like to share China's good practice and experience” but “will not turn it into any kind of geopolitical weapon or tool.”

The denial sounds eerily familiar. In 2016, China's vice foreign minister, Liu Zhenmin, tried to dissuade Malaysian concerns about China's charm offensive as nothing more than checkbook diplomacy, saying, “There is no such thing as using our financial muscle to improve ties.”

Countries should not allow themselves to be fooled again. If China were genuinely concerned with other nations during this global pandemic, most observers would expect its behavior to change.

Other countries have hit pause on conflicts to battle their common biological enemy. In the Middle East, Saudi Arabia, and United Arab Emirates—at war with Yemen's Houthi rebels—unilaterally declared a cease-fire to help prevent COVID-19 spread in Yemen. Similarly in Libya, both sides in an ongoing conflict agreed to a cease-fire so the country can focus on battling the outbreak. Likewise, in Latin America, the National Liberation Army, a revolutionary left-wing armed group in Colombia, unilaterally declared a cease-fire as a humanitarian gesture to the Colombian people. And in Africa, the Southern Cameroons Defense Forces militia announced it would implement a cease-fire because of the outbreak.

If China were genuinely concerned with other nations during this global pandemic, most observers would expect its behavior to change.

Even in China's own neighborhood, regional countries are resisting the temptation to leverage COVID-19 as an opportunity for gain. Philippine President Rodrigo Duterte unilaterally declared a cease-fire with communist rebels as the government tries to contain the outbreak. The Barisan Revolusi Nasional rebels fighting the Thai government also unilaterally declared that they would halt their activities due to the virus, their first cease-fire in the long-running Thai conflict.

These cease-fires, taken by groups that have often performed horrible acts against their neighbors and their own countrymen, demonstrate how militaries and even rebel groups can put the universal good above their own interests in this time of pandemic spread. What China is doing against its neighbors is anything but that. Even Chinese military experts have admitted as much, saying that recent military drills by the Chinese military showed “it is capable of driving intruders and unfriendly priers away” at a time “COVID-19 has significantly lowered the U.S. Navy's warship deployment capability in the Asia-Pacific region.”

Don't let masks and ventilators fool. There is an opportunity to be had, and China appears unlikely to waste it.

This commentary originally appeared on Los Angeles Times on May 5, 2020. Commentary gives RAND researchers a platform to convey insights based on their professional expertise and often on their peer-reviewed research and analysis.