Global Challenges to Maintaining a Healthy Workforce During a Pandemic: Views from RAND Experts 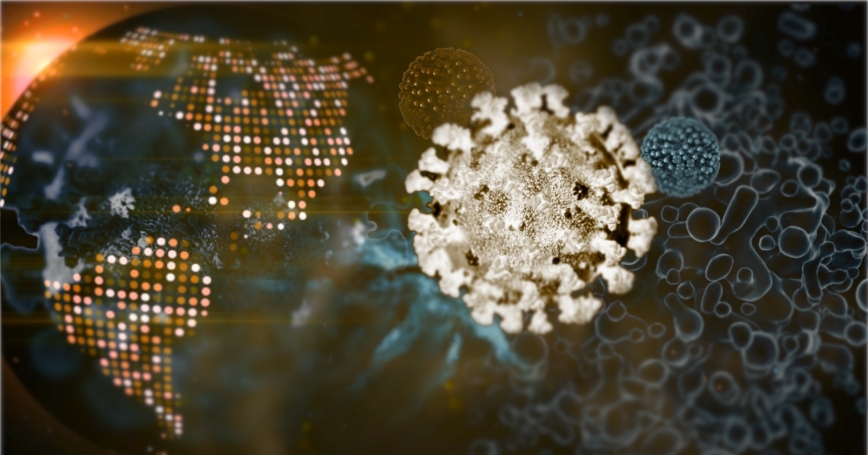 As nations across the globe remain in lockdown to curb the spread of the COVID-19 pandemic, questions about the future of employment and workforce productivity emerge.

During a recent webinar hosted by the German Marshall Fund of the United States (GMF), experts from the RAND Corporation, Jennifer Bouey, Christian van Stolk, and Charles Ries, joined GMF's moderator, Julie Smith, to discuss how to get people back to work and improve productivity post COVID-19.

“The consequences of COVID-19 are very direct, from a workforce point of view,” said van Stolk, executive vice president of RAND Europe. The impact can be seen in the rise of unemployment in the United States and the large number of UK employees on government support during lockdown. “What is less visible is what is happening with productivity in the workplace.”

Remote working, flexible working, social distancing, shift work, and the need to combine caring responsibilities with work may all have impacts on productivity, van Stolk noted. “Even if we see technology-enabled working as a boost for productivity, disruption inevitably also causes a downturn in terms of productivity.”

Even if we see technology-enabled working as a boost for productivity, disruption inevitably also causes a downturn in terms of productivity.

Productivity can be linked to employee wellbeing, including mental health, and van Stolk highlighted findings from RAND Europe's research on healthiest workplaces that show that “really we're not in the best of shape going into this crisis.”

On average, 35 days are lost per worker per year in the UK because of poor health and wellbeing, while in Asia the number increases to around 70. This is mostly driven by stress, poor mental health, musculoskeletal conditions, lack of sleep, and financial concerns. According to van Stolk, these issues will likely be exacerbated by the pandemic.

“COVID-19 challenges us in all of these dimensions. Some groups will be worse affected, and the question is: Do we have an adequate policy response from governments so we can tackle this crisis head on? At the moment, there is no sign of this,” van Stolk said.

Adding to the discussion, Bouey, senior policy researcher and Tang Chair in China Policy Studies at the nonprofit, nonpartisan RAND Corporation, said there have already been reports in China of increasing depression, anxiety, and fear among front-line health care workers. Lockdown measures have led to similar issues, as some people are troubled by uncertainty and a lack of control.

Compounded with economic losses and stress, we will probably see a second wave of mental health problems coming up.

“Compounded with economic losses and stress, we will probably see a second wave of mental health problems coming up,” Bouey said.

There are existing methods that employers can use to address these issues.

“We know that certain things can have an impact, like mindfulness and resilience training…the key challenge is how do you get workers to engage? There is often very poor awareness around what an employer may offer,” said van Stolk.

While it will be important for governments and employers to support workforces at a local level, the speakers also suggested a global approach to tackling the wider challenges of the pandemic that could allow workforces to get back on their feet.

The solution, as well as the problem, is international at its core. It does no good for any country to achieve zero new cases, if all the other countries in the world are still rampantly suffering from this disease.

“The solution, as well as the problem, is international at its core. It does no good for any country to achieve zero new cases, if all the other countries in the world are still rampantly suffering from this disease,” said Ries, vice president, International at RAND.

Maintaining international exports of medical equipment, as well as promoting collaboration between countries in developing a vaccine, will be key components of an effective international response, Ries noted.

By focusing only domestically, he warned, countries could face the risk of reinfection from across borders.

“The threat of a national approach will hold back the ability of the globe to deal with and to build resilience and immunity to this disease, to allow our economies and our workforces to get back to work,” Ries said.

“This is exactly the time that the two countries could work together on vaccine development…given the intensive investment from China's government and private companies. (China) has become very capable in biomedical research…this is a time that the scientists can work together,” said Bouey.