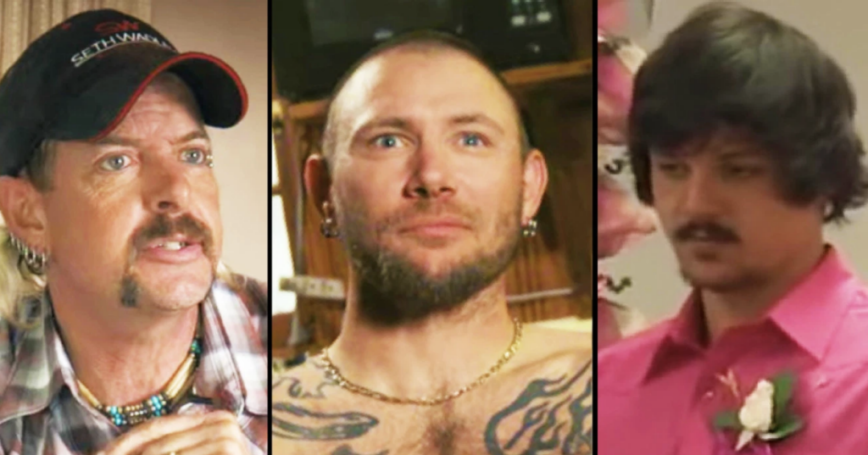 While most of the country has been in lockdown, binge watching shows has become an easy way for many to pass time. And the success of Netflix's Tiger King—the true crime documentary following the life of an eccentric zookeeper named Joe Exotic—is undeniable: The show was viewed by over 34.3 million people within the first 10 days of its release.

While most of the commentary around the critically acclaimed series has focused on either the colorful cast of characters or the exploitation of animals, I see some public health lessons in the storyline revolving around the brief, albeit honest, depiction of intimate partner violence (IPV).

The World Health Organization (PDF) defines IPV as any behavior between a couple that involves acts of physical, sexual or emotional abuse and controlling behaviors by an intimate partner. Historically, IPV has largely been explored within heterosexual relationships, with little attention to the ways in which IPV may impact lesbian, gay and bisexual (LGB) couples—even though research indicates that violence among same-sex couples occurs at similar rates as it does among heterosexual couples.

Violence among same-sex couples occurs at similar rates as it does among heterosexual couples.

Snippets of Joe Exotic's husbands during the show relayed classic markers of IPV. Both John Finlay and Travis Maldonado—Exotic's polyamorous partners—explained how they were completely financially dependent on Exotic, since he would not let them seek employment outside of his zoo.

And, as the series unfolds, both Finlay and Maldonado reveal substantial drug addictions, noting that Exotic consistently plied them with marijuana and other substances in an effort to maintain their dependency on him.

The Center for American Progress summarizes the common characteristic of IPV between heterosexual and LGB couples: They note the pattern of abuse often leaves the victim feeling isolated, fearful and guilty. Further, while psychological abuse is most common, physical and sexual abuses often co-occur. Importantly, they highlight how IPV occurs across groups regardless of their race, ethnicity and socio-economic status.

Research has expanded to consider unique stressors faced by LGB victims. Studies have documented how LGB perpetrators will often threaten “outing” their victims to family, friends, colleagues and law enforcement. They also highlight a “code of silence,” and raise concerns that drawing negative attention to LGB relationships may undercut the progress made to normalize them.

Intimate partner violence occurs across groups regardless of their race, ethnicity and socio-economic status.

Further, gay and lesbian victims are more likely to fight back against their aggressors than heterosexual women, leading law enforcement to conclude that altercations are mutual and ignore the larger context of power and control in the relationship. Finally, variation in adoption laws leaves many LGB victims fearful that leaving or seeking help may result in loss of child custody.

Substantial work has been done to figure out how best to address IPV, but with limited attention regarding how best to meet the unique needs of LGB victims. While the core approaches may be similar—to address victims and abusers, as well as couple and group interventions—there are several ways the approach could be tailored. One way is changing the language used, not only to ensure appropriate terms are used (i.e. “partner and spouse,” rather than “husband and wife”) but structured in a way that doesn't always assume that the victim is female and aggressor is male.

The world is currently witnessing a dramatic spike in the reporting of IPV associated with COVID-19 lockdowns. As conversations swirl regarding which Hollywood stars are likely to be cast as their favorite Tiger King characters, I fear the IPV storyline will be quietly ushered aside. This would be a shame—since the popularity of the program could help to focus attention on a very real, and often hidden, problem.

Sarah MacCarthy is a policy analyst at the nonprofit, nonpartisan RAND Corporation.

This commentary originally appeared on Ms. Magazine on May 14, 2020. Commentary gives RAND researchers a platform to convey insights based on their professional expertise and often on their peer-reviewed research and analysis.