(The Council for Work and Health) 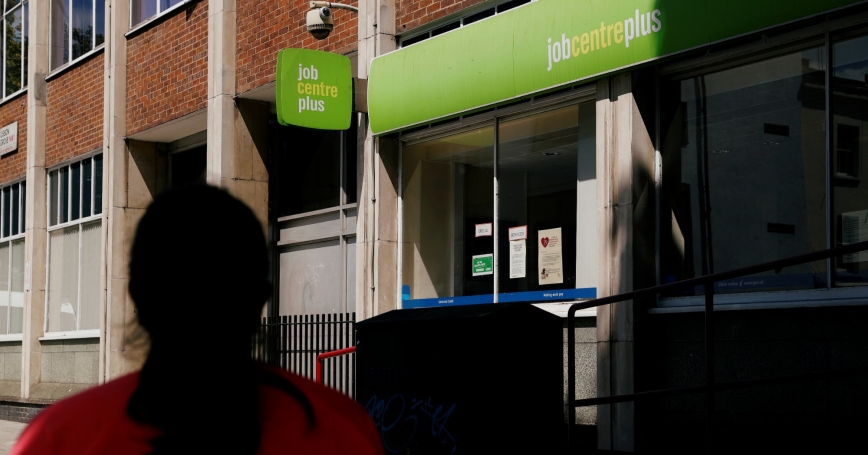 A women walks past an employment agency in London, June 16, 2020

Governments around the world have offered furlough schemes to try to delay employers from making any restructuring decisions during the COVID-19 crisis. The public purse covers a specific percentage (80 per cent in the UK) of a salary up to a certain level (typically the average annual wage in an economy). Employers then have the option to top up this wage.

An estimated 25 per cent of UK workers are now part of the government furloughing scheme, which has been extended until October. Employers will be asked to contribute pension payments and national insurance from August and a larger salary share from September.

The aims of such programmes are laudable. They may, however, come with unintended consequences. Two reviews for the UK government, Working for a Healthier Tomorrow and Psychological Wellbeing and Work (PDF), suggest the importance of ensuring that employees in furlough schemes stay connected to work and the need to look after the mental health of the workforce.

Currently, employees are not allowed to work at all while they are part of the furlough scheme. We know that an employee who is away from employment for a period of about six weeks becomes deconditioned—in effect, less likely to return to employment. At that point, an individual is more likely to enter the benefit system.

Furloughed individuals also may lose touch with the workplace altogether. They may be less likely to access the occupational health provision or health and wellbeing programmes offered in many workplaces. People could become cut off from some of their normal support networks. Without these networks, relationships at work could break down, and as a result, a fundamental part of an individual's social fabric.

Moreover, mental health tends to deteriorate when people lose their sense of social purpose. This sentiment may become more prevalent among people who are on furlough schemes where they may feel that they are kept out of work artificially or face delayed unemployment. Mental health is already a concern in the present crisis, in which general uncertainty is coupled with the disruption of routines at both home and work.

Those with common mental health conditions such as anxiety and depression are much more likely to be out of work or to find it difficult to maintain a job.

This matters. Evidence tells us that those with common mental health conditions such as anxiety and depression are much more likely to be out of work or to find it difficult to maintain a job. They are the most common conditions among those claiming out of work benefits, with 50 per cent of claimants typically reporting it as a primary or secondary health condition.

Even if workers maintain their employment, there may be significant challenges to their health and wellbeing arising from the crisis. Most employees have seen rapid and profound changes to their working patterns including new forms of remote working, flexible working, social distancing at work, and increased shift working. Many have had to combine work and caring responsibilities more than before.

The mental health of many workers likely will worsen over the coming months. Before the COVID-19 outbreak, one in six working-age people in England had a mental health problem. The prevalence is higher for younger workers, who are especially at risk of losing their employment in this crisis.

There is a need to look at how to support all workers with their mental health. This need is greater for the self-employed and smaller businesses, which employ most of the UK workforce but may not have the resources to support their employees at this time. Supporting the mental health of employees requires employers and governments to provide access to occupational health and NHS support at a time when social distancing is perhaps limiting service provision. It is important to find space on the policy agenda for this.

It is heartening to see that the UK government is allowing part-time employment in its furloughing scheme from July, be it with employers paying fully for the hours worked. However, it may be advisable for governments to incentivise employers to stay connected to their workforce by allowing part-time working sooner and even subsidising it. They could also allow keeping in touch days while people are in the furlough scheme.

A broader priority for government and employers in this crisis should be to invest in the health and wellbeing of all workers, especially in mental health. This could help avoid workers losing employment, remaining in the benefit system longer, and lowering the long-term productivity among those at work. One of the main legacies of the crisis should be an appreciation of the importance of good employee health and well-being.

Prof Dame Carol Black is a physician who has over the past 14 years advised government departments and arm's-length bodies on work, health, and wellbeing. RAND Europe executive vice president Christian van Stolk has conducted extensive research on health and wellbeing in the workplace.

This commentary originally appeared on The Council for Work and Health on June 15, 2020. Commentary gives RAND researchers a platform to convey insights based on their professional expertise and often on their peer-reviewed research and analysis.