Spending Smart or Spending Big: The Value of Systematic Assessments of Weapons Procurement 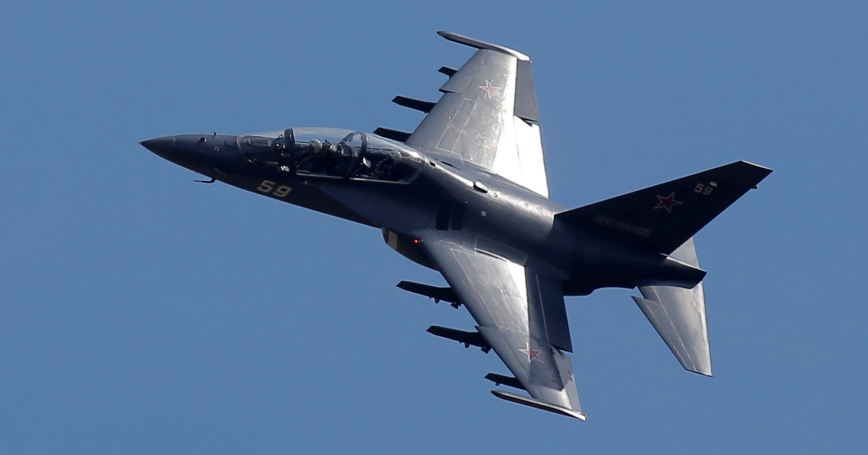 The Russian Federation's Rostec aviation export consortium is offering the Royal Malaysian Air Force (RMAF) the YAK-130, a new advanced trainer/light jet fighter, to supplement, if not replace, several of the high-performance combat aircraft in the RMAF's inventory. Like many countries, unless it conducts a thorough assessment of the Russian proposed arms purchase, it risks wasting precious defense funding merely for political symbolism. Given the inevitable budgetary pressures stemming from the global pandemic, countries need to search for cost efficient approaches to any defense purchases.

To support U.S. government foreign assistance training for nations on how to comply with U.S. and U.N. sanctions, the RAND Corporation analyzed open source information on Russian arms sales around the globe. One of the findings from analyzing this source material is that countries sometimes buy armaments to politically balance between the major powers. One implication of these symbolic arms purchases is that it skews precious national resources to weaponry that may not be a good fit. In several cases, national militaries have compared alternative systems, made a purchase recommendation on technical analysis, and then had their recommendation ignored as political leaders sought to use arms purchases to demonstrate their foreign policy independence. The potential RMAF purchase of the Yak-130 is an example of this type of arms deal.

After the RMAF's creation in the early 1960's as an independent air force modeled after the Royal Air Force, it modernized its combat aircraft fleet by buying 16 Northrop F-5E Tiger-IIs and 40 variants of the subsonic A-4M Skyhawk, resulting in a relatively uniform air fleet. During the 1990s, the RMAF once again began to modernize its combat air fleet with the procurement of next-generation fighter bombers from several sources. As it added different aircraft from different countries, it had to create separate airfields and maintenance facilities for each aircraft. Losing opportunities for interoperability with different systems has added to the overall cost of its air force.

Russian aerospace companies offer combat aircraft at low prices while recouping that loss later with expensive service plans that may become unaffordable for the client state.

A squadron of Russian MiG-29 aircraft is not operational since the RMAF rejected the offer by Artem Mikoyan to return the aircraft to Russia for a full servicing cycle because it is too costly. As sources in the RAND database reveal, this is a common Russian marketing approach. Ever since the Soviet era, Russian aerospace companies frequently offer combat aircraft at low prices while recouping that loss later with expensive service plans that may become unaffordable for the client state.

Like many other nations, Malaysia has a very diverse air fleet purchased from many foreign sources. Its combat aircraft fleet totals some 52 aircraft, of which 13 Russian MiG-29 are now mothballed. The Su-30 fleet of 18 aircraft has a 20 percent operational readiness rate. The eight American F-18 and 13 British BAE Hawk 200 light fighters are fully operational. From a cost-benefit perspective, the RMAF could get more value from a combat aircraft that has some interoperability features with the current fleet. The most effective way to gain interoperability is for the leadership of the RMAF to replace most of the jet combat fleet with a single type aircraft that is interoperable with what it already has in its arsenal. This would provide the RMAF with some measure of economies of scale and would create an opportunity for the winning bidder to establish a cost-efficient Malaysian maintenance program.

In light of the global pandemic and the inevitable economic difficulties, national governments should be encouraged to consider their national military requirements in a more cost-effective manner. The cost of a major weapon system is not just the original purchase price. Within seven years, a military will roughly incur the same amount of cost as the purchase price of the aircraft. Thus, countries need to think strategically about the life cycle costs of equipment and not just the original purchase price. Systematic assessment of defense needs that take into account the full range of costs and non-weapons options is a prudent way for national governments to manage defense resources in this era of financial uncertainty.

This post is also available in Malay and Arabic