What Can the Coronavirus Teach Us About Preparing for a Heat Wave? 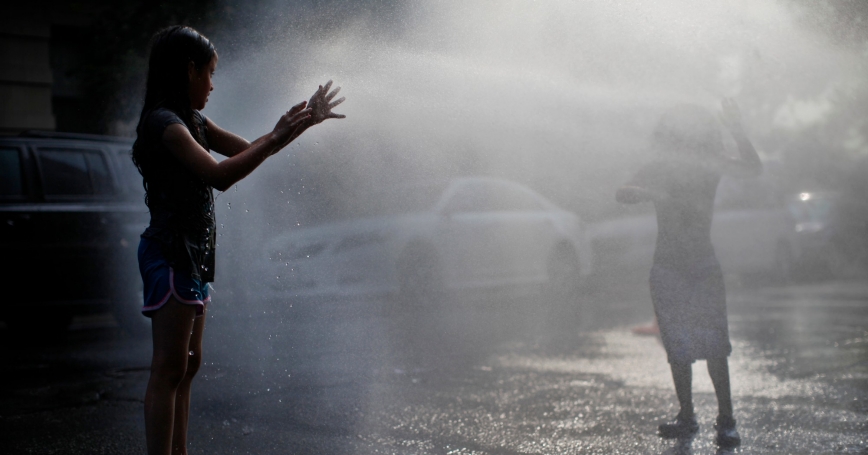 Children cool off under the spray from an open fire hydrant in the Washington Heights section of upper Manhattan in New York City, July 17, 2013

New York City Mayor Bill de Blasio has announced a new coronavirus heat wave plan—which is welcome news not only because it will protect the lives of New Yorkers this summer, but also for what it can teach us about long-term heat and, for that matter, climate preparedness.

While the occurrence of a heat wave during the coronavirus pandemic may be the clearest example of an overlapping disaster in the near term, we will likely see more and more overlapping disasters in the future brought about by a changing climate. These types of events can result in a greater impact than just the sum of their individual effects, as was the case in the prolonged heat wave that occurred in Moscow in 2010, which triggered numerous wildfires and resulted in over ten thousand deaths. And fixes won't be easy; they'll have to be adaptive and address myriad issues.

Take New York City's plan for heat. Heat is deadly. A recent study suggests more than five thousand deaths related to heat occur in the United States each year. And heat is not an equal-opportunity killer. In a study conducted with the New York City Department of Health and Mental Hygiene, results showed that black New Yorkers are more likely to die during a heat wave than any other group. The characteristics of a neighborhood also matter. More blacktops versus green space means that more heat is retained in a locale, as darker surfaces trap radiation whereas lighter surfaces better reflect solar energy…

Jaime Madrigano is a policy researcher at the nonprofit, nonpartisan RAND Corporation. Her research focuses on environmental and social determinants of health, including extreme weather, environmental pollution, and the built environment.

This commentary originally appeared on The National Interest on June 6, 2020. Commentary gives RAND researchers a platform to convey insights based on their professional expertise and often on their peer-reviewed research and analysis.