A Tale of Two Americas 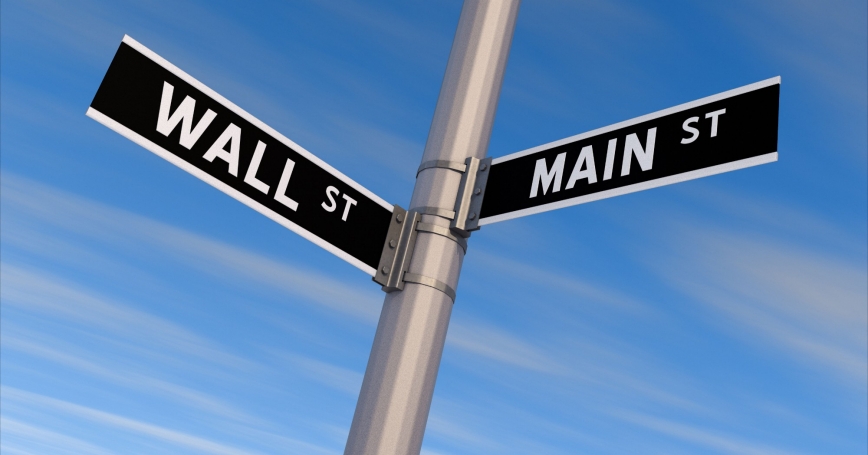 The nation's pain is obvious and palpable everywhere except in the stock market. A pandemic still rages in the United States, which leads the world in COVID-19 cases and deaths, including a disproportionate number of African Americans. The economic fallout has been significant, with 38.6 million Americans filing unemployment claims by the end of May, and many small businesses struggling to stay afloat. Latest estimates by the Congressional Budget Office show that it could take up to ten years for the economy to be get back to normal. Widespread protests demanding racial justice have swept the nation for several days, following the death of George Floyd at the hands of the police. And they have brought to the fore, not for the first time, longstanding systemic inequities.

Yet, the stock market has been soaring, despite the occasional hiccup. The Dow Jones index has risen by over 30% since mid-March lows. The rise of the tech-heavy NASDAQ Composite has been even more impressive. It appears there are two Americas—Main Street hurting in ways too numerous to count, and Wall Street betting on a bright and rosy future. A case in point is the rise in the market in the immediate aftermath of the latest jobs report showing unemployment dropping from 14.7% in April to 13.3% in May, when the forecasts called for 20%. Never mind the unemployment rates for Black workers increased, the traditional measurement might undercount unemployment and not fully capture the economic pain, a misclassification of temporarily laid off workers as employed could have understated the unemployment rate, or even this lower figure was still higher than the peak of 10% during the Great Recession (PDF).

It might be tempting to dismiss the gains of the market in the face of grim realities as “irrational exuberance.” Or invoke the dictum the stock market is not the economy. Especially in the short run, many a market rally has swiftly fizzled when underlying weaknesses became apparent, including the recent one-day drop of the Dow by 1,800 points. Instead, we might have to consider that the discordance between the economic and financial spheres could well be a rational reflection of the existence of two distinct Americas.

We might have to consider that the discordance between the economic and financial spheres could well be a rational reflection of the existence of two distinct Americas.

The impact of the COVID-19 pandemic has been highly disparate. White-collar workers have found it easier to work from home, shielded from economic and virus-induced illnesses. On the other hand, over half of lower income households have suffered job upheavals. Reflecting these trends, a recent survey by the RAND Corporation found that over half of the respondents making less than $25,000 a year had difficulty paying bills during the pandemic, as opposed to 11% of those making $125,000 or more. Those on the lower rungs of the economic ladder who do have jobs find themselves branded essential workers and must be physically present at work, increasing the risk of infection for themselves and their families.

Even before the pandemic hit, the net worth of the bottom 20% of the households was under $5,000 and the bottom 40% was under $50,000, whereas it was $500,000 at the 80th percentile. A factor of ten also separates the net worth of a Black household from a white one. Stock market participation reflects these gaps. Even though 52% of American families are invested in the stock market—mainly through their retirement plans rather than direct investment—under 20% of those with annual family income of less than $35,000 are; 88% of families with annual income of $100,000 or more are invested. The differences in the participation of white versus Black families is likewise stark—61% and 31%, respectively—explained by the median Black household income (PDF) of around $40,000. Since retirement and other savings are the chief sources of stock market investment, it is worth noting that the median household in the bottom 20% has zero savings. The COVID-19 pandemic is only likely to have worsened these pre-existing disparities.

All this is suggestive of a virtuous cycle for well-heeled Americans, whose wealth and disposable incomes chase stock investments, in turn driving up valuations, leaving the poorest households and minorities watching from the sidelines. While a confluence of crises have spotlighted this dangerous divide, inequality has been increasing for decades, and cannot be undone in a hurry. There is no substitute for firm policy commitment (PDF) over many years to address disparities in the basic aspects of life—education, health, jobs, financial and business participation, and justice. Else, parallel Americas will persist, rendering vacuous the nation's motto, “Out of Many, One.”

Krishna B. Kumar is a senior economist and director of international research at the nonprofit, nonpartisan RAND Corporation, and director of the Initiative for Global Human Progress at the Pardee RAND Graduate School.

This commentary originally appeared on RealClearPolicy on July 9, 2020. Commentary gives RAND researchers a platform to convey insights based on their professional expertise and often on their peer-reviewed research and analysis.