Modern War for Romantics: Ferdinand Foch and the Principles of War 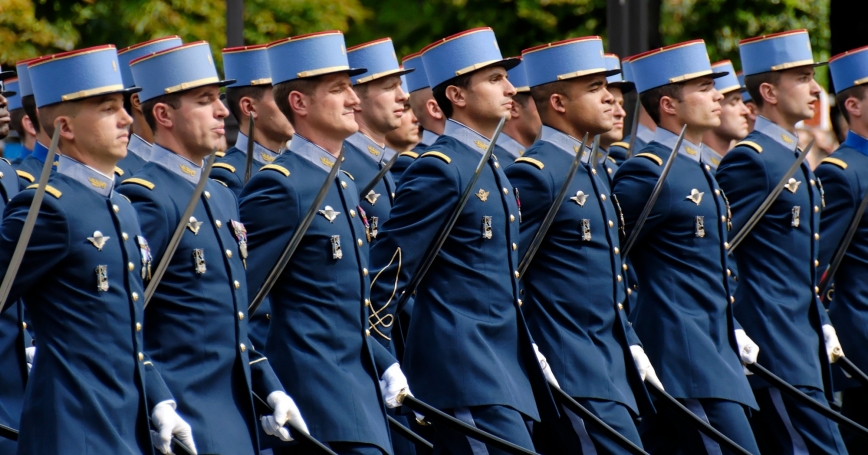 French military academy cadets during a military parade on the Champs-Élysées, in Paris, France, July 14, 2007

Photo by Marie-Lan Nguyen/CC BY 2.5

There are three reasons Americans should study French military strategy. The first is that the French military has an intellectual tradition that stretches back at least to the 18th century, and more than a few French military theorists draw on that tradition and are enriched by it. Their work is sophisticated, and they write well. Second, the disastrous losses that Americans too often associate with the French military and that encourage them to dismiss the French should do the opposite; the failures make the French worth reading. Every generation of French officers since the catastrophe of the Franco-Prussian War has had to grapple with failure and think hard about the challenges of modern warfare. Third, relatedly, the French view everything from the perspective of scarcity, meaning they assume they have to compensate for a lack of resources with smarts and courage, and by making the most of what they have.

All three factors were apparent in June of last year, when the French army's doctrine center, the Centre de doctrine et d'enseignement du commandement, organized a conference on the “Principles of War in 2035.” The focus of the conference obviously was on the future, but one could not talk about the future without drawing on the wisdom of the past, even if only for conversation's sake. The conference location made it hard to do otherwise: The center is located on the 18th-century campus known as the École Militaire, in central Paris near Les Invalides (the site of Napoleon's tomb and the army's excellent history museum). The École Militaire is also home to France's École de Guerre, where generations of rising French officers have come to study (and where Capt. Alfred Dreyfus was stripped of his rank and had his sword ceremonially broken, but more on him later). Engaging with the French military's intellectual tradition, however, was also part of the point of the conference. The giveaway is the title, for when the French talk about the “Principles of War,” they are referencing a line of thinking that stretches back to a specific book and the man who wrote it.…

This commentary originally appeared on War on the Rocks on July 8, 2020. Commentary gives RAND researchers a platform to convey insights based on their professional expertise and often on their peer-reviewed research and analysis.