Take the Bird in the Hand. Strike a Nuclear Weapons Deal with Russia 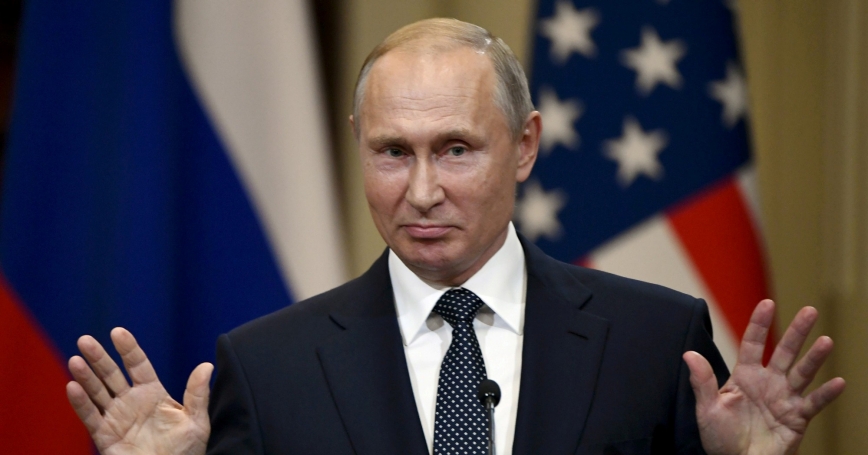 By withdrawing from the Open Skies Treaty of 1992, President Donald Trump continues to dismantle the arms control regime crafted by Republican administrations during the Cold War. To reduce fears of nuclear preemption in 1955, President Dwight Eisenhower proposed U.S. and Soviet aerial surveillance of each other's military installations, the framework for the Open Skies Treaty negotiated under President George H.W. Bush. In August 2019, Trump also withdrew from the Intermediate-Range Nuclear Forces (INF) Treaty, which embodied President Ronald Reagan's signature approach to arms control by permitting then-unprecedented on-site inspections to verify the elimination of an entire class of weapons. If Trump allows the New Strategic Arms Reduction Treaty (New START), a landmark U.S.-Russian strategic arms agreement, to expire in February 2021, he will have unraveled a 50-year process that President Richard Nixon initiated in 1969.

Russian President Vladimir Putin is keen to extend New START for five years, which would limit the United States and Russia to 1,550 deployed warheads on 700 intercontinental ballistic missiles (ICBMs), submarine-launched ballistic missiles, and nuclear-capable heavy bombers. However, Trump envisions a grander agreement. Negotiating with Russian Deputy Foreign Minister Sergei Ryabkov in Vienna, at the impending summit with Russia, Marshall Billingslea, the senior American envoy for arms control, will propose expanding New START to include cover Chinese nuclear forces, Russian tactical nuclear weapons, and exotic new systems such as hypersonic missiles. The Trump administration also invited the Xi government to participate in the negotiations, but Beijing remains cold to trilateral arms control. Though an elaborate new treaty that controls the full gamut of Russian nuclear systems, as well as Chinese nuclear forces, would be desirable for U.S. and allied security if it could be achieved, the more likely alternative to New START, an uncontrolled Russian nuclear arsenal, would be much worse.

There is still time for the Trump administration to save New START and to pursue constraints on ground-based, intermediate-range missiles. Trump, in fact, could simply accept Putin's December 2019 offer to renew New START for five years. By extending New START, the Trump administration would preserve verifiable constraints on Russia's nuclear arsenal, buy time to negotiate a more comprehensive agreement, and pave the way for arms talks about intermediate-range missiles. However, the administration would need to act quickly—Putin's offer to renew New START could be taken off the negotiating table at any moment. If New START expires in February 2021, Moscow will be free to deploy an unlimited number of nuclear weapons, including the new super-heavy RS-28 Sarmat ICBM, for the first time since 1972.

Given COVID-19's mounting strain on the Russian economy, the Putin government may remain amenable to extending New START even after the end of the Open Skies Treaty, because it could offer a way to reduce defense spending. Talking with Russian officials, Billingslea could probe Putin's readiness to fold exotic new systems and tactical nuclear weapons into New START. However, if the Putin government proves unreceptive, Billingslea could suggest the immediate extension of the existing treaty.

Without New START, Putin can deploy an unlimited number of nuclear weapons that pose a dire threat to U.S. and allied security.

Extending New START could yield strategic benefits for the United States and its allies. First, the size of Russia's nuclear arsenal would remain limited by the agreement. Second, U.S. officials would retain the prerogative to verify constraints on Russian nuclear forces, which will be paramount once Open Skies dies. To determine the location, capabilities, and composition of strategic nuclear forces under New START, U.S. and Russian officials can conduct intrusive on-site inspections, a confidence-building exercise that reduces fears of nuclear preemption.

Eyeing the presidential election in November, Trump could also score domestic political points by extending New START. In Congress, influential members of both parties, such as Eliot Engel (D-NY) and Michael McCaul (R-TX) of the House Committee on Foreign Affairs, have expressed enthusiasm for renewing the deal. Trump could also preempt criticism from former Vice-President Joe Biden, who supports New START's extension. Plus, signing the accord would create a photograph opportunity for Putin and Trump, and could showcase his negotiating acumen to the American public.

The clock is ticking for the Trump administration's prospect of achieving an arms agreement prior to the election in November. As the election looms, Putin may prefer to wait for the result, rather than risk negotiating with a potential lame duck. He could also change his mind overnight about extending New START or imposing a moratorium on intermediate-range missiles in Europe. Without New START, Putin can deploy an unlimited number of nuclear weapons that pose a dire threat to U.S. and allied security. Rather than seeking a perfect arms deal, the Trump administration could simply take the bird in hand.

This commentary originally appeared on RealClearPolicy on June 30, 2020. Commentary gives RAND researchers a platform to convey insights based on their professional expertise and often on their peer-reviewed research and analysis.