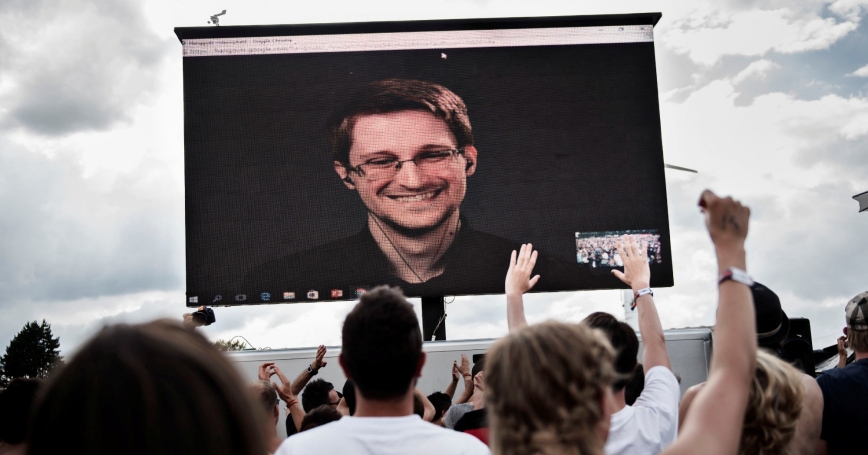 Edward Snowden is seen on a screen as he delivers a speech during the Roskilde Festival in Roskilde, Denmark, June 28 2016

Seven years ago, a government contractor named Edward Snowden first came on the international stage when he provided classified court records to the media about the National Security Agency's collection of phone records from U.S. companies for intelligence purposes. That was followed by more than a year of even more disclosures to the media of highly classified documents containing highly sensitive and detailed secrets about how and where the U.S. collects intelligence on its allies and adversaries. In total, an estimated 1.7 million classified documents were allegedly stolen by Edward Snowden, and he was criminally charged for their theft and unauthorized disclosure. Now, President Donald Trump is considering a pardon for Edward Snowden even though his own attorney general is vehemently opposed to the idea.

Snowden claimed his “sole motive [was] to inform the public as to that which is done in their name, and that which is done against them.” However, a 2016 House Permanent Select Committee on Intelligence report (PDF) judged that Snowden caused “tremendous damage to national security,” and asserted the vast majority of the documents he stole had nothing to do with individual privacy interests but pertained to military, defense, and intelligence programs. The committee said Snowden's disclosures provided invaluable classified information to America's adversaries.

Snowden has never denied that he has done exactly what he is accused of; in fact, he has since written a book about his actions…

Sina M. Beaghley is the associate director for the Cyber and Intelligence Policy Center at the nonprofit, nonpartisan RAND Corporation. Previously, she was the director for intelligence and information security issues on the National Security Council staff and a member of the White House Disclosures Task Force.

Marek N. Posard is a military sociologist at RAND Corporation and an affiliate faculty member at the Pardee RAND Graduate School.

This commentary originally appeared on The National Interest on September 4, 2020. Commentary gives RAND researchers a platform to convey insights based on their professional expertise and often on their peer-reviewed research and analysis.