Georgia: From COVID-19 to a Critical Test of Democracy 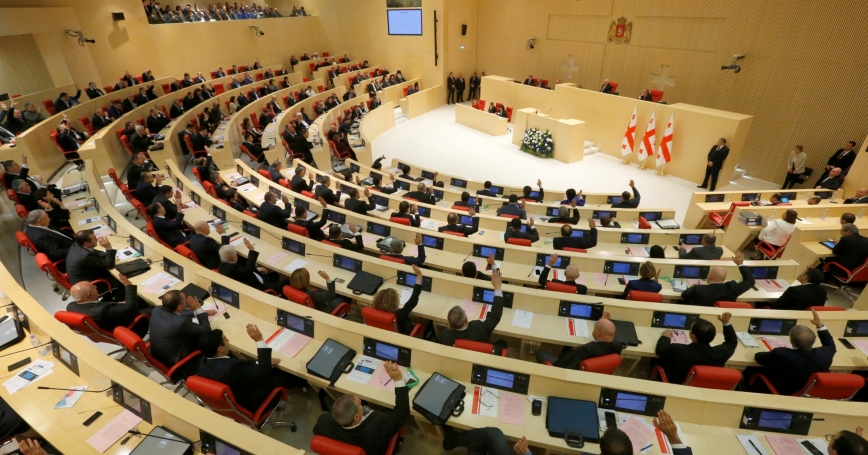 Members of parliament attend the first session of the newly elected parliament in Kutaisi, Georgia, November 18, 2016

Georgia has successfully dealt with the coronavirus outbreak but now must meet the task of conducting free, fair, and transparent parliamentary elections on October 31 and dealing with the economic impacts of the pandemic. Each of us has served as U.S. Ambassador to Georgia and can attest that the country has come a long way in democratic and economic reforms since independence in 1991. We were encouraged by the compromise electoral reform law adopted earlier in the year, but the whole election process could be reformed to better reflect the will of the Georgian people.

There is serious concern over Russian interference in the upcoming election. U.S. Ambassador to Georgia Kelly Degnan has twice warned that “Georgians should expect that Russia is going to interfere” based on “a long pattern of interference through disinformation campaigns and other efforts.”

Many of Georgia's friends abroad have been uneasy about the country's recent reform trajectory. This is illustrated by a recent House Appropriations Committee proposal to block 15 percent of U.S. aid unless Tbilisi “strengthens democratic institutions,” does more to fight corruption, and protects foreign businesses operating in Georgia. This proposal may not survive the legislative process, but it is a signal that the upcoming election and Georgia's dealings with foreign investors will be carefully monitored.

The run-up to the 2018 presidential election was “marked by violence and intimidation” and threats against foreign nongovernmental organizations. In June 2019, rubber bullets and tear gas were used “without warning against thousands of nonviolent protestors” outside the Parliament.

A December 2019 National Democratic Institute (NDI) poll found that 53 percent of Georgians thought the country was going in the wrong direction and only 19 percent in the right direction. The same poll showed that 59 percent of respondents did not believe Georgia was a democracy, a jump from 46 percent one year before.…

This commentary originally appeared on The National Interest on September 22, 2020. Commentary gives RAND researchers a platform to convey insights based on their professional expertise and often on their peer-reviewed research and analysis.