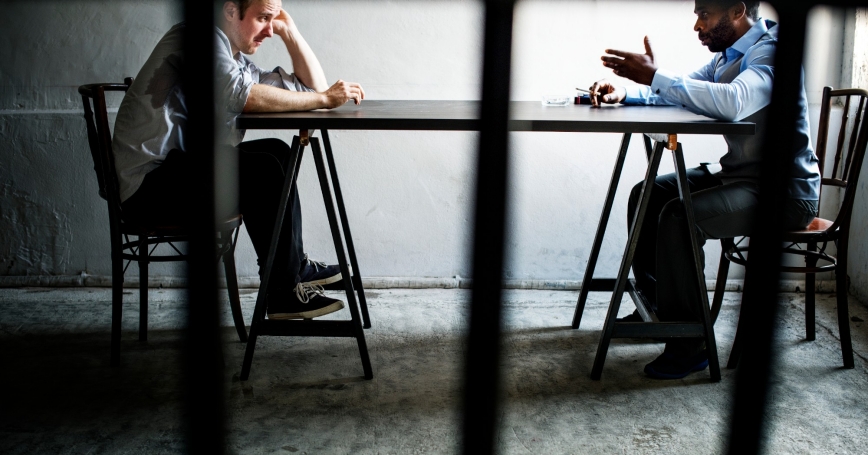 Research shows a lack of comprehensive data on the number of ex–military personnel who come into contact with the criminal justice system (CJS), whether this be at the point of arrest, charging, court processing, or sentencing—although more data is available for those incarcerated in prison.

Those who have previously served in the armed forces make up the largest occupational subset of the male prisoner population in the UK. In 2019, around 3.5% of the prison population—or 1,885 individuals—were British ex–service personnel.

But even this figure relies on those former members of the military self-identifying as such upon entering prison and as a result, it is not complete. Many choose not to reveal their veteran status owing to fear of retaliation or feelings of remorse and shame.

Lack of data hinders a comprehensive assessment of the needs of former servicemen and women, as well as their families.

The lack of this data hinders a comprehensive assessment of the needs of former servicemen and women, as well as their families. Without better data, charities and organisations aimed at providing support to ex–service personnel in the CJS may not be able to provide their support to all individuals who would benefit from it. Additionally, without a full knowledge of the needs, these organisations may not be able to offer the support that is required.

Proactive intervention at the very start—from interactions with police at point of arrest, or even before—could help individuals avoid a repeat of coming into contact with the system. This would also have wider beneficial effects, helping to reduce offending and reoffending rates and helping people to live more fulfilling lives, as well as cost-saving for the government.

A recent RAND Europe report provides a number of measures that police and other agencies could take to support individuals before they enter the CJS, and help improve identification of ex–service personnel once they are in the system. The report is an evaluation of the Ex–Service Personnel in the Criminal Justice System Programme, run by the Armed Forces Covenant Fund Trust.

One key action pertains to the identification of ex–forces personnel in the CJS, which currently relies on self-identification, and is only mandated upon entry to prison. The evaluation team who compiled the report suggests that this question should be posed at other junctures within the CJS, including by the police and at courts.

Making a question such as 'have you been a member of the armed services' mandatory across the CJS will require increased awareness and training for police and other professionals. It will also involve working with the Ministry of Defence (MoD), Ministry of Justice (MoJ) and police forces nationwide; but the potential benefits are significant—particularly when coupled with an automatic referral to a support organisation.

Proactive intervention at the very start could help individuals avoid a repeat of coming into contact with the criminal justice system.

Another suggestion is the expansion of the successful Veterans in Custody Support Officers (ViCSO) role—which is currently only in operation in prisons—to ensure there is an equivalent service in police forces, courts, and tribunals. Establishing a consistent point of contact for ex–service personnel within police forces could enhance the lines of communication and improve the provision of appropriate support.

Increased communication among projects and organisations that provide support to ex–service personnel in the CJS, encouraging more police forces and CJS organisations to become signatories to the Armed Forces Covenant, and vulnerability mapping of individuals transitioning out of the military into civilian life to identify those who might need more support, were among other recommendations in the report.

Many of these actions would need to be taken up by several government bodies, including the MoD, the MoJ and the Home Office, as this issue requires a truly cross-government approach to be successful.

While these actions will not help all former members of the military to avoid contact with the CJS, it could help reduce the amount of people offending or reoffending, by ensuring that there is adequate and targeted support in place for the most vulnerable individuals.

Better data collection may also lead to better understanding of the pathway of ex–service personnel across the CJS, as well as their needs. Ultimately, it may prevent the tally of those serving time in prisons from rising even further.

Sarah Grand-Clément is a senior analyst at RAND Europe working in the area of defence and security. Her research focuses on counterterrorism and counter–violent radicalisation; the Middle East and North Africa; European security and instability; defence policy, particularly the Armed Forces community; and future impacts of technology.

This commentary originally appeared on Policing Insight on November 27, 2020. Commentary gives RAND researchers a platform to convey insights based on their professional expertise and often on their peer-reviewed research and analysis.