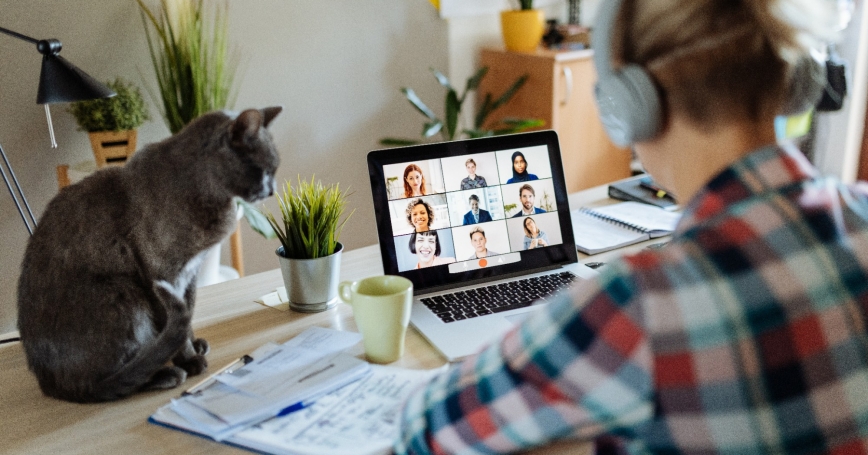 When the COVID-19 pandemic began, millions of workers shifted nearly overnight to internet-based collaboration and communication full-time. This dramatic transformation has resulted in between 25% and 35% of workers who are 25 and older teleworking since May.

Millions of essential workers are unable to work from home. Although this includes some highly paid occupations like physicians, the vast majority of these positions are in low-wage jobs like cashiers, food service workers, and delivery drivers. These workers are, on average, younger and are disproportionately racial and ethnic minorities.

Numerous companies including Facebook, Twitter, Square, JP Morgan, REI, and others have recently announced plans to incorporate flexible location policies ranging from reduced days in the office to allowing permanent teleworking for most or all employees. If such a trend outlasts the pandemic, it could have far-reaching consequences for the labor market and society at large. Demand for commercial real estate could plummet in some areas. Growing broadband needs might spur greater investments in high-speed internet service and digital collaboration tools. The environmental toll of daily commuting and business air travel might be reduced. Meaningful reductions in commuting time may even increase overall participation in the labor force.

The elimination of daily commuting amounts to a rebate of large amounts of typically unpaid time to teleworkers. One recent study estimated this time savings at 60 million hours per day in the United States. The report surveyed workers teleworking since the onset of the pandemic and found that some of this time savings was allocated towards their job, but nearly two-thirds of it was spent on child care, home improvement, and leisure activities.

Unequal access to teleworking means that this benefit is flowing primarily to white and more highly educated workers.

But the unequal access to teleworking highlighted above means that this benefit is flowing primarily to white and more highly educated workers. This could exacerbate inequality trends already in motion. For example, the sharpest increases in commute times in a number of major metro areas in recent years have been among low-income workers. In many rural areas, a lack of broadband internet service prohibits teleworking altogether.

A large-scale shift to teleworking, however, also would offer unique opportunities for creative policies to offset some of the disparities. For example, fewer daily commuters may mean more road space available for improvements like rapid bus transit that can help service workers reduce their own commute times. Underutilized office buildings might be adapted into affordable housing so those who can't telework can afford to live closer to their jobs. And in rural areas, which have significant gaps relative to urban areas in educational attainment, income, and health, investments in broadband infrastructure could not only enhance telework opportunities but might improve access to online education and telehealth services as well.

High rates of teleworking will continue beyond the end of the pandemic and may even expand. It's up to policymakers to ensure that those who can't work remotely also reap some of the benefits of this societal shift.

Jason Ward is an associate economist at the nonprofit, nonpartisan RAND Corporation who studies labor market participation, education, health, and links between them. M. Rebecca Kilburn is a senior economist at RAND. She has served as the principal investigator for over a dozen research projects on human capital formation.

This commentary originally appeared on Route Fifty on November 13, 2020. Commentary gives RAND researchers a platform to convey insights based on their professional expertise and often on their peer-reviewed research and analysis.