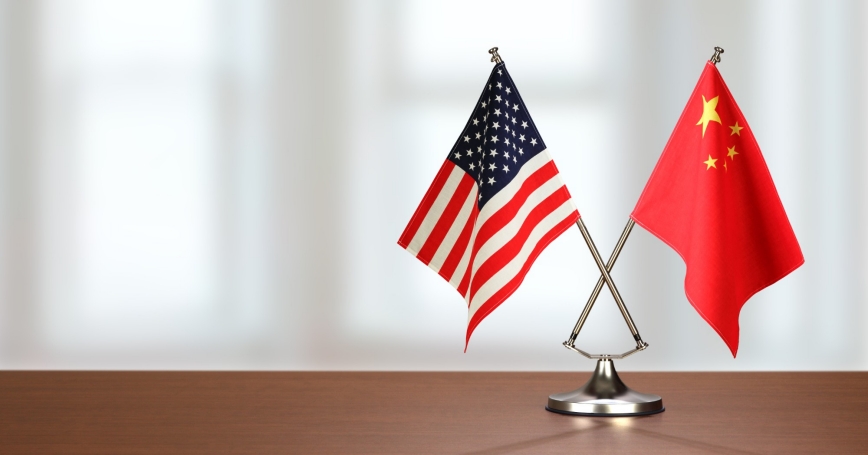 No matter who wins the presidential election on Tuesday, the outcome is unlikely to impact the U.S. Indo-Pacific strategy, which is aimed at maintaining a rules-based and “free and open” region, in any significant way.

One reason is that growing Chinese assertiveness has hardened U.S. perceptions, with the latest survey by the Pew Research Center showing that negative American views of China have risen by nearly 20% since Donald Trump took office. This should not be interpreted as a Trump phenomenon, as other U.S. allies and partners are also down on China.

The reality is that China's increasingly coercive activity throughout the Indo-Pacific region—most notably in the South and East China Seas as well as against Taiwan, Hong Kong, and now even India along their disputed border high in the Himalayas—speaks for itself.

Beijing's initial lack of transparency and mishandling of COVID-19 has only magnified this downward spiral, with both Trump and Joe Biden trying to appear tough on China. According to the Pew Research Center, 84% of Americans believe China has mishandled the crisis, suggesting that distrust of Beijing will linger well beyond this election cycle.

No matter who wins the presidential election on Tuesday, the outcome is unlikely to impact the U.S. Indo-Pacific strategy in any significant way.

Bipartisan agreement in Washington to counter and compete with China also makes clear that the United States will continue to push back against Beijing regardless of whether Trump or Biden wins, with Congress already passing several new laws in recent years aimed at China—and bolstering support to Taiwan. The pending National Defense Authorization Act for 2021 is likely to include funds for an Indo-Pacific Deterrence Initiative intended to mirror the European Deterrence Initiative aimed at countering Russia.

The Pentagon's focus, meanwhile, remains “China, China, China,” while virtually every statement out of the State Department seems aligned with treating China as a top adversary. Simply put, U.S. bureaucratic momentum to keep the focus on China is overwhelming.

The fact that the Trump administration's Indo-Pacific strategy bears much resemblance to President Obama's “Pivot” to Asia strategy is also important. Although the geographic definition of “Asia” certainly expanded under Trump, both he and Obama prioritized strengthening bilateral and multilateral ties with allies and partners to address common threats. While the Indo-Pacific strategy is more vocal about China than Obama's Strategic Rebalance policy, the general consistency between these policies shows that the Trump administration's approach is hardly an outlier. It is, in fact, a logical successor to decades of U.S. policy and strategy in Asia. Discarding it wholesale, or making major modifications starting in 2021, would seem unwise.

With all of that in mind, neither Trump nor Biden are likely to move the needle dramatically on China. To be sure, Trump is highly unpredictable, and if reelected he could—for whatever reason—unilaterally decide to overturn his entire Indo-Pacific strategy. But such a rash decision is unlikely given all the factors outlined above. Instead, Trump might feel emboldened to place even greater pressure on China, in effect alienating the same allies and partners his Indo-Pacific strategy seeks to reach.

In spite of his own strategy, Trump has routinely threatened U.S. allies and partners with trade wars, as well as questioning the utility of agreements with them. This type of behavior could become more commonplace in a second term and undermine competition against China. But again, the more likely scenario is that a future Trump administration stays the course on shoring up ties with allies and partners to counter China.

If Biden becomes president, he will probably, at a minimum, attempt a reset with China to prevent a total breakdown in bilateral ties and try to make progress in areas of global concern, such as on climate change. Nonetheless, Biden and his advisers agree with the general thrust of Trump's Indo-Pacific strategy and they are planning to take a similarly hard line against Beijing.

Biden has pledged to show Beijing that Washington “won't back down.” Although many of the finer details of Biden's China policy remain vague, what is clear is that he would double-down on strengthening alliances and partnerships to reverse the damage he believes Trump has done. From Biden's perspective, successfully countering Chinese coercion is simply not feasible without first doing that.

Of course, there are other challenges in the Indo-Pacific besides China. On North Korea, for example, Trump would probably resume hosting summits with Kim Jong Un to try and reach a breakthrough on denuclearization, while maintaining the strict sanctions regime known as Maximum Pressure. Biden and his team agree with Maximum Pressure, though Biden has criticized Trump for meeting with Kim, calling the encounters ”photo ops.” Biden will only meet with Kim if tangible progress is made, underscoring a key difference in their North Korea policies.

On almost every major challenge in the Indo-Pacific, Trump and Biden's respective positions are virtually indistinguishable.

In general, observers will note that on almost every major challenge in the Indo-Pacific, Trump and Biden's respective positions are virtually indistinguishable. If anything changes under a Biden administration, it is likely to be stylistic rather than substantive.

Overall, the Indo-Pacific strategy looks set to remain largely—perhaps even entirely—intact, regardless of the election's outcome. That fact alone should reassure America's friends and worry its foes.

This commentary originally appeared on Nikkei Asia on November 1, 2020. Commentary gives RAND researchers a platform to convey insights based on their professional expertise and often on their peer-reviewed research and analysis.