A Case for Vaccinating Teachers First 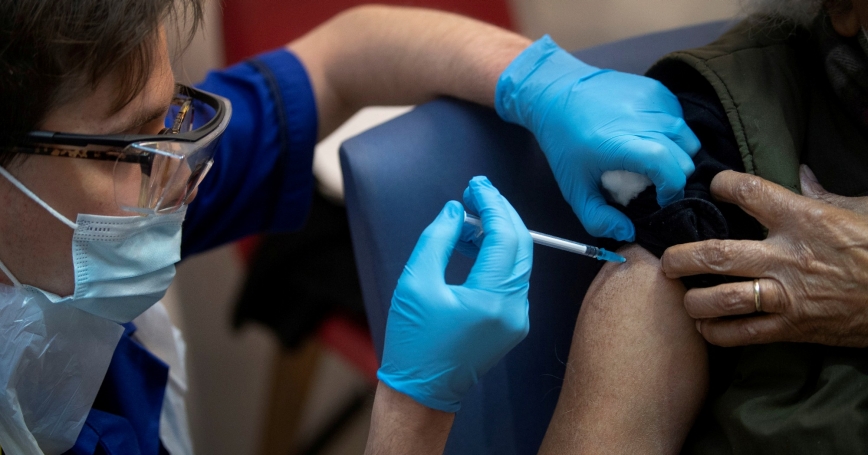 Two vaccine trials reported highly encouraging results in November, with both versions looking to be 95% effective or better. With both approved for emergency use, the United States might have enough doses for 20 million people in early 2021. How should the initial supply (PDF) be allocated? Should it be given to populations with a higher mortality risk, or to people who are most likely to spread disease at higher rates?

Most agree that America's 18 million health care workers should top the list. The 3.3 million teachers should come next.

Combating this pandemic has always been about saving lives while allowing the economy to function. The latter isn't only about immediate business reopenings; it's also about avoiding long-term harm to the economy and a generation of schoolchildren. That requires laying the groundwork to reopen schools for full-time in-person learning as soon as possible.

Early limited supplies of vaccines will go to state and federal agencies, including the Defense and Health and Human Services departments, for distribution. Recommendations from the Centers for Disease Control and Prevention and other agencies will influence how much vaccine each jurisdiction receives, but unless a Biden administration changes strategies in 2021, states likely will craft their own distribution plans.

Many states have made reopening nonessential businesses such as retail shops, bars and restaurants, malls, and entertainment venues a priority. But without open schools, many parents can't go to work. Some 12% of U.S. households have school-age children with no in-home caretaker options. The demands of at-home lessons are already rippling through the workforce; labor-force participation rates have fallen significantly for women with children at home.

Vaccinating teachers could make it possible to open schools permanently and get parents back to work. That would help the economy recover.

Vaccinating teachers could make it possible to open schools permanently and get these parents back to work. That would help the economy recover. Thinking long-term, education is the foundation of future economic growth. A RAND survey of educators last spring found that about half of teachers were spending most of their time reviewing old lessons rather than teaching anything new. Only 13% were covering the entire formal curriculum via distance learning. Beyond lessons, schools provide social, emotional, and nutritional sustenance to children that they may not get at home. These losses are almost certainly widening achievement gaps and could compound into economic impacts that affect a whole generation.

While it varies by age, children generally have less severe consequences than adults when they contract COVID-19. But some 40% of teachers are over 50 and 20% over 60. The majority of teachers, wary of the health risks, favored online education at the start of the fall term. Now, with case numbers rising, teachers unions are continuing to resist a return to the classroom, and even school systems that were open may shut down again. New York City announced November 18th that its schools would be closed through the week after Thanksgiving.

Evidence suggests that with the right precautions the virus doesn't spread much in classrooms. Still, cases will emerge, and if too many teachers fall ill, schools will struggle. For these same reasons society already places higher importance on vaccinating educators for other infectious diseases. States often require teachers to receive certain vaccinations that they don't require of other essential workers.

The National Academies of Sciences, Engineering, and Medicine has recommended a four-phase approach for allocating a vaccine. In its discussion draft, high-risk health care workers and first responders were recommended for Phase 1, and K–12 teachers were in Phase 2. While children are less likely to get ill, they may still have large viral loads. K–12 teachers' priority for vaccination should reflect that risk.

If vaccinating teachers allows schools to reopen, the social and economic benefits likely would outweigh reopening any other essential industry.

Aaron Strong is an economist and Jonathan Welburn is an operations researcher at the RAND Corporation. Both are professors at the Pardee RAND Graduate School.

This commentary originally appeared on The Wall Street Journal on November 19, 2020. Commentary gives RAND researchers a platform to convey insights based on their professional expertise and often on their peer-reviewed research and analysis.