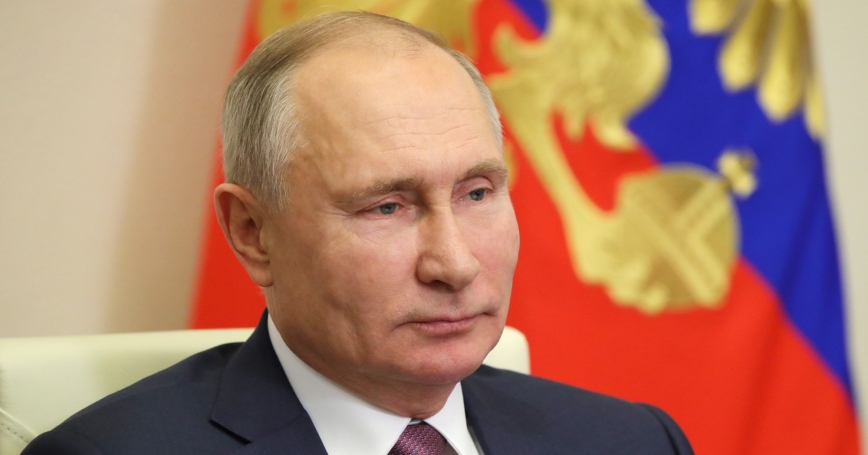 Russian President Vladimir Putin during a videoconference with members of the Russian government at the Novo-Ogaryovo residence, December 24, 2020

President-elect Joe Biden and Russian President Vladimir Putin have wisely promised to extend the 2010 New START Treaty, which cuts long-range nuclear arms. The two leaders may also pursue a broader follow-on accord, but frigid U.S.-Russian relations could put this out of reach.

All these accords were implemented, but some others were not.

In 1979 Brezhnev and President Jimmy Carter signed the SALT II Treaty despite caustic relations occasioned by U.S. human rights criticisms, growing Soviet missile threats against Europe and Japan, and soon the Soviet war in Afghanistan. Against this unpromising backdrop the U.S. Senate failed to approve the treaty. In 1993, George H. W. Bush and President Boris Yeltsin signed the START II Treaty, but discord stymied entry into force and SORT bypassed it.

Today's divisive relations are reminiscent of those which helped scuttle SALT II. They may foreclose early progress on a new accord, yet productive work can be done.

Reagan showed how. In the early-1980s despite hostile relations with Moscow, he offered bold arms control visions—a ban on land-based missiles of INF range, and a halving of deployed strategic offensive arms. Hardline Brezhnev-era leaders angrily rejected them.

Years later these ambitions came to pass with the INF and START I treaties, but only after Gorbachev and his reformist team assumed power in the mid-1980s.

The Biden administration might advance broad ideas for a new accord and begin intensive analysis of ways to solve potential obstacles.

The Biden administration could take a similar tack. It might advance broad ideas for a new accord and begin intensive analysis of ways to solve potential obstacles.

One conundrum is whether and how a follow-on accord might encompass the nuclear arms of China, France, and the UK. There is U.S. interest in including China, which plans to double the size of its nuclear forces. In return Moscow—and Beijing, if it joined the negotiations which it now opposes— would surely insist that French and UK forces be included. Because all three countries' nuclear arsenals are far smaller than U.S. and Russian forces, careful diplomacy may be required to bring these countries onboard.

A second tough nut is whether and how to accommodate Washington's goal of constraining Moscow's numerical advantage in shorter-range and nondeployed nuclear arms. They have not been limited in previous accords. Any agreement could require verification (PDF) so intrusive that it might be nonnegotiable or technologically infeasible.

In the early 1980s, a paranoid and ill-informed KGB warned Soviet leaders that Reagan might launch a surprise nuclear attack. Two years ago in a less strident vein, Putin cautioned that risks of nuclear war were “underestimated.” Although these fears seem excessive, Washington might help calm concerns by seeking early, constructive talks with Moscow.

Achieving a major new accord, however, may depend more on a turnaround in political fortunes than on the skills of arms control negotiators.

William Courtney is an adjunct senior fellow at the nonprofit, nonpartisan RAND Corporation. He was U.S. ambassador to Kazakhstan, Georgia, and the U.S.-Soviet Commission to implement the Threshold Test Ban Treaty, and deputy U.S. negotiator in the U.S.-Soviet Defense and Space Talks in Geneva.

This commentary originally appeared on The Hill on December 25, 2020. Commentary gives RAND researchers a platform to convey insights based on their professional expertise and often on their peer-reviewed research and analysis.