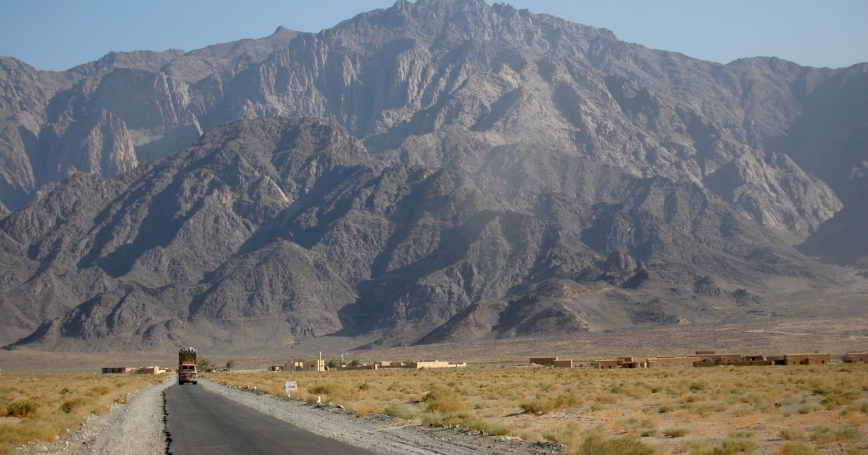 I am a researcher at the nonprofit, nonpartisan RAND Corporation, where I use my training as a historian to inform current policy debates and decisionmaking.

Since joining RAND, I have assessed the role of the U.S. military in past conflicts, lessons learned from historical pandemics, and how legal and regulatory structures have adapted to the introduction of emerging technologies over time. As a policy researcher, I like to think of history as a rich source of insight into the successes and failures of decisionmakers and institutional frameworks. I find it incredibly rewarding to work with colleagues from disparate disciplinary backgrounds to translate historical analysis into actionable policy recommendations.

My understanding of the relationship between historical analysis and policymaking grew out of my experiences as an undergraduate history major at the University of Chicago. During my third year, I enrolled in a seminar on the history of the civil rights movement that focused on the history of efforts to desegregate public schools. Our professor, Adam Green, arranged for our class to travel to Little Rock, Arkansas, to meet with community leaders and members of the Little Rock Nine. The seminar and our trip to Little Rock impressed upon me the impact of policymaking, for better or worse, on the lives of ordinary people, and made me realize the value of sitting down and talking with fellow citizens about how their experiences and their lives have been shaped by the structures of government and the mechanisms of decisionmaking.

After graduating from college and spending some time in Israel on a Fulbright fellowship, my interest in the history—and practice—of statecraft led me first to law school at the University of Michigan and then to doctoral studies in history at Yale, where I found an intellectual home within the International Security Studies program. Through weekly lunchtime seminars and dinners with eminent historians, scholars of international relations, and policymakers, I became immersed in enduring debates on international security, grand strategy, and the importance of historical analysis in decisionmaking. When it came time to select a dissertation topic, I decided to write about the history of Pakistan's nuclear program. I wanted to apply rigorous historical methods to explain how leading scientists and decisionmakers in Pakistan had initially embarked on a project to develop their country's nuclear energy capabilities—and how they had ultimately decided to switch gears and develop nuclear weapons.

My dissertation committee members were supportive of my idea, but they initially seemed skeptical that I would be able to write a comprehensive history of Pakistan's nuclear program, the origins and precise evolution of which have been closely guarded secrets for decades. Even so, the prospect of trying to locate hard-to-find documents appealed to me. In addition to conducting research at the National Archives in College Park, Maryland, I also visited archives in Canada, the United Kingdom, Germany, France, Italy, Austria, Russia, and Pakistan, gathering documents in multiple languages and learning about archival traditions and recordkeeping in each country. Collecting documents from these different archives allowed me to eventually piece together the story of Pakistan's nuclear program. To supplement the archival record, I made several additional trips to Pakistan, where I interviewed scientists about their experiences working for the nuclear program. These conversations allowed me to understand how decisions made at the highest levels of the Pakistani bureaucracy— from the early decision to invest in nuclear energy research to the later decision to develop nuclear weapons—had affected the lives and careers of scientists, engineers, and bureaucrats. Since my days as an undergraduate at the University of Chicago, understanding the consequences of state-level decisionmaking for ordinary people has always been one of the things that I find most engaging about studying the history of statecraft and policymaking. As a historian, I also enjoy learning more about the historical underpinnings of present-day decisionmaking.

Throughout my academic career, I have been fortunate to work with historians who not only modeled how to conduct rigorous historical research but also supported me as I took on challenging projects and explored and refined my historical interests—most notably Mark Bradley and Adam Green at the University of Chicago, Bill Novak at the University of Michigan Law School, and Tim Snyder, Jenifer Van Vleck, and Rohit De at Yale University. As an undergraduate and graduate student, I took a wide range of history courses, from the history of human rights to the history of Central Asia to early American legal history to the history of the Vietnam War. Before settling on a dissertation topic, I even spent a summer investigating the availability of archival resources in Myanmar. I traveled, I read widely, and I attended seminars and job talks representing a variety of historical subfields and methodological traditions. At Yale, where my interest in statecraft fully emerged, I was fortunate to have female colleagues who were similarly interested in the history of diplomacy, international security, and grand strategy. As a result, it never occurred to me that my historical interests were out of the ordinary.

In the course of conducting my dissertation research, I realized that there were no prominent women among the major figures about whom I was writing. This realization was unsettling. In the archives, I discovered many cover sheets and telegrams that had been signed and sent by female secretaries and assistants, but there was no mention—across dozens of archives in countries around the world—of female policymakers or scientists. If few women end up studying the history of statecraft, perhaps it is because they do not see themselves reflected in the archival record. Hopefully, as women play increasingly prominent roles in decisionmaking and diplomacy, and as women write themselves into the historical record, that will change.

As an undergraduate and graduate student, I would have liked to have known more about the different career paths available to historians. Although I knew that I wanted to pursue a career outside of academia, I was unaware of the range of institutions that value historical training—especially training in the history of statecraft and related fields. I would have also liked to have more exposure to historians who worked in non-academic settings and the opportunity to ask them questions about their careers. Historians who work on statecraft-related topics outside of academia have much to gain from engaging with students of history and exposing them to the variety of rewarding career options for which they are prepared.

Michelle Grisé is an associate policy researcher at the RAND Corporation.

This commentary originally appeared on Center for Strategic and International Studies on December 11, 2020. Commentary gives RAND researchers a platform to convey insights based on their professional expertise and often on their peer-reviewed research and analysis.