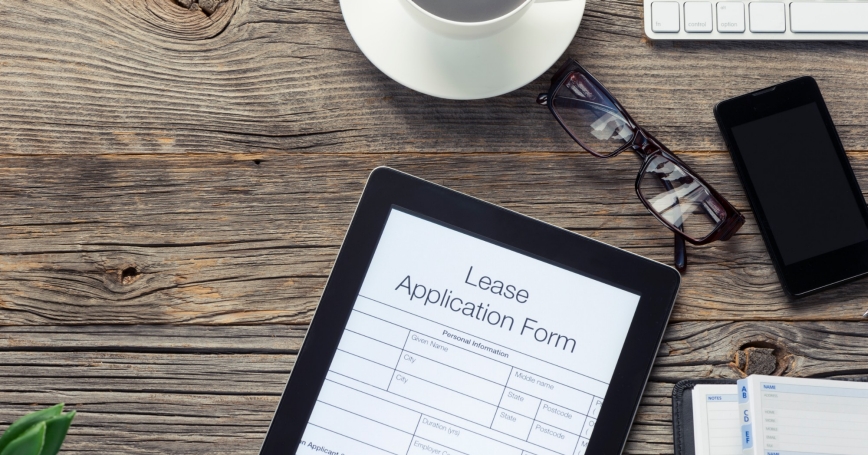 Have you ever rented a property? If so, you're likely to have provided personal financial details as part of your application. You may have wondered what happens to this sensitive information on your application. You may have not given this a second thought, but maybe you should. Recent concerns over the foreign harvesting of personal information for questionable purposes should worry everyone.

Under the cloud of COVID-19 and the resultant economic crisis, some landlords are nervous about their tenants' long-term ability to service their lease. In the early stages of the pandemic (May 2020), as many as 50% of tenants expressed concern that they may not be able to make their rent.

Some landlords have responded by drilling ever-deeper into the finances and personal status of prospective tenants. But not just finances—work habits, and even an individual's motivation too (some applications require a personal statement).

Does your landlord really need to know whether you turn up for work on time every day? Should employers providing conventional references also be obliged to make life-changing judgments on an employee, such as speculating on the quality of their workplace relationships, just so a staff member can get a roof over their head?

There are certain enclaves, in Los Angeles County for example, where significant numbers of landlords are foreign citizens—investors who reside outside the United States and well beyond U.S. jurisdiction—such as China, where local investments in property are less lucrative. Countries such as New Zealand and Finland have already recognized the problem, and have restricted these practices.

Some overseas owners are deliberately seeking to veil their identity by hiding behind limited liability companies, using third-party actors, or hiring local agents. Realtors hired by unknown foreigners can secure deeply private information on potential tenants, sometimes well beyond what's necessary to determine a renter's employment status, and their ability to pay the monthly rent.

Homes designated single-family residences appear most at risk from these practices. Not only are such housing units attractive and affordable entities for smaller investors but also this class of property is notably less well-regulated than other housing categories, such as apartments with rent stabilization ordinance protection, or large-scale commercial investments.

People's personal preferences are routinely harvested, but Amazon knowing that we need new towels is a bit different from unknown foreign parties capturing our Social Security numbers, tax returns, checking and savings account numbers, online banking passwords, along with detailed notes on our work routines, relationships, and behaviors. It begs the question, where is this information going, for what purpose, and where are my protections?

In the lucrative rental market there are companies that specialize in garnering an individual's financial information for landlords. They routinely access applicants' bank accounts, extract salient information, and convey this to owners. Renters often have little choice but to sign up and pay for a service that primarily benefits landlords. With typical fees from $40 to $50 per applicant, they can add up, and if an application is rejected there is typically no refund.

Personal preferences are routinely harvested, but Amazon knowing that we need new towels is a bit different from unknown foreign parties capturing our Social Security numbers.

The California Association of Realtors standard application form (PDF) asks applicants to authorize a litany of personal data reports, yet it specifies no data protection or deletion protocols. The U.S. Fair Credit Reporting Act sets out standards for data security and destruction, yet it's unclear whether foreign-based landlords abide by these standards.

Although in many U.S. jurisdictions it's illegal for a landlord to select tenants based on race, class, nationality, or cultural background, the rules cannot be effectively policed in single-family housing. With a housing shortage, exacerbated by foreign investment, and with Chinese buyers leading the way, it's a sellers' market. After an application is completed, based on advertised eligibility requirements, landlords can get away with subsequently moving the goalposts if they choose to, and have applicants jumping through hoops, demanding ever-more intrusive information. They can then refuse their application solely on the basis of any of the additional demanded information, even when the originally advertised criteria are fully met. Refused applicants cannot appeal, and there's virtually no recourse.

What makes this legislative loophole potentially more egregious is that it's not impossible that such rental application mining could be used as a front for larger scale data gathering. It's hard to think of an area where more profoundly sensitive data can be collected with such questionable legitimacy, but less accountability.

Better legislation could be considered, not only to protect individuals but also to defend U.S. society more widely, from population-vulnerabilities profiling.

Housing is a primary need, and it's in short supply. Overseas investors may be creating an additional problem on top of that. Should unaccountable foreign people and local agents have free rein to harvest and distribute our profoundly sensitive data? Should the United States be exposed to such risks when desperate American families are merely seeking a roof over their heads?

Marcus Dillistone is a film director, writer and member of the Royal Society of Medicine. Ryan A. Brown is a senior behavioral scientist at the nonprofit, nonpartisan RAND Corporation. Alina I. Palimaru is an associate policy researcher and coleader of the Housing and Homelessness Strategy Group at RAND. Michael Schwille is a senior defense policy analyst at RAND.

This commentary originally appeared on Inside Sources on December 16, 2020. Commentary gives RAND researchers a platform to convey insights based on their professional expertise and often on their peer-reviewed research and analysis.